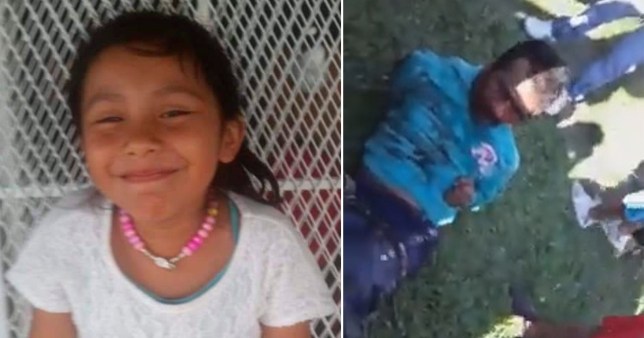 There is a reason that America has laws and a criminal justice system.

Vigilante justice can be unjustly harsh.

It can also be brutally just.

I’ll let the reader decide which is the case here.

Keep in mind that this pedophile was accused of not only raping a 6-year-old girl, but also of her murder.

From The Metro (UK):

Villagers in Mexico are thought to have taken the law into their own hands by setting a suspected paedophile on fire.

Alfredo Roblero, was accused of raping and killing a six-year-old girl named Jarid in Cacahoatan, in the southern state of Chiapas.

The child was reported missing on January 9 and her body was found the following day. Footage shows him awaiting his fate while tied to a post, surrounded by villagers.

Footage shows him awaiting his fate while tied to a post, surrounded by villagers.

According to local media Roblero was beaten and tied to a pole before petrol was poured over his body and set on fire.

Police reportedly arrived at the scene but were unable to save the suspect’s life.

Authorities in Chiapas said in a statement that citizens are not allowed to take matters into their own hands.

An investigation into the suspect’s death is ongoing.

But was this justice?

What actual proof did that angry mob have?

That would be nice to know.

This is NOT the first time we have reported on a vigilante going after pedophiles.

Do pedophiles who murder their victims deserve such harsh justice?

Maybe if this was more common we would have less problems in this world.

What should be done to those who prey on innocent children?

I know our courts can and do make bad decisions, at times, in America.

But I prefer to leave justice to the courts and to Almighty God.

However, if this was my child who was raped and murdered…

I’d be roasting marshmallows off of this man’s burning flesh.

But that does not make it right.