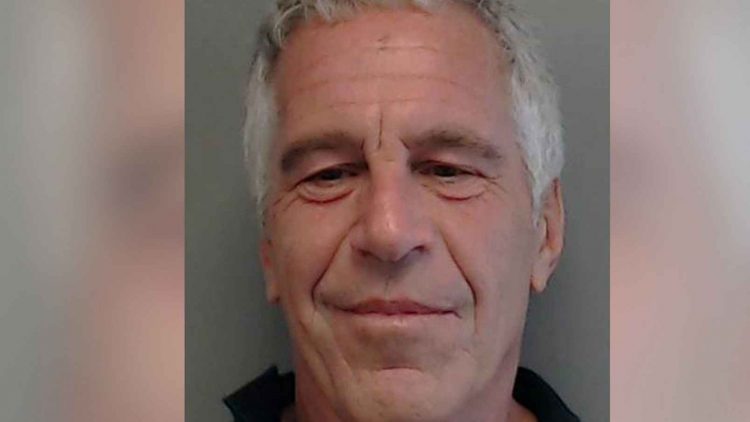 To highlight the hypocrisy, this New York Times piece was written by Ali Watkins, whom you may remember had been getting her stories by sleeping with the married director of security for the Senate Intelligence Committee, who was then sent to prison. Watkins is great though.

And has a story on Epstein from the Virgin Islands.

The attorney general of the Virgin Islands says Mr. Epstein and his associates used a database to track victims as young as 11 years old.

And what was done about it? Shrug. But now that Epstein is safely dead, here’s a lawsuit to go after his money.

The suit was filed against Mr. Epstein’s estate and seeks the forfeiture of Little Saint James and Mr. Epstein’s second private island, Great Saint James, as well as the dissolution of numerous shell companies he established in the territory that officials have said acted as fronts for his sex trafficking enterprise.

As part of its policies, the government of the Virgin Islands could take any assets recovered from Mr. Epstein’s estate and consider disbursing them to women and girls who were victimized by him in the region, Ms. George said.

It’s the Virgin Islands. They’ll never see a penny of it.

The new accusations — which draw both from independent investigations by Ms. George’s office and court documents from cases across the country — argue that Mr. Epstein ran a decades-long sex trafficking scheme that had a primary nexus in the Virgin Islands.

And did what about it?

Ms. George said she believed the case could chip away at the region’s reputation as a notorious haven for the rich and powerful.

“We will not remain complacent, and we will enforce our laws whatever way we can,” Ms. George said. “It doesn’t matter the social status of the person. It’s that the laws apply equally.”

How were those laws applied to Epstein in life?

The court documents said that Mr. Epstein operated with impunity for years at Little Saint James and Great Saint James, which he obtained through a straw purchaser in 2016.

Did said impunity involve the Department of Justice of the Virgin Islands? Otherwise, what action was taken?

As recently as July 2018, Mr. Epstein refused to permit an investigator from the Virgin Island’s Department of Justice to enter Little Saint James, claiming the island’s dock was his “front door,” according to the lawsuit. The investigator was doing routine monitoring of Mr. Epstein because he was a registered sex offender.

Well there you go.

RELATED:  Saudis Claim They Offered Money and Troops to Fight Islamic State – Obama Turned Them Down

Did the Virgin Islands authorities rescue a single one of the girls they claim were trapped and abused by Epstein?

The suit also said air traffic controllers in the Virgin Islands observed Mr. Epstein leaving his private plane in 2018 with girls who looked as young as 11.

In one undated incident detailed in the lawsuit, a 15-year-old girl attempted to swim off Mr. Epstein’s island and escape after she was forced to engage in sex acts with Mr. Epstein and others. The girl was found, and held captive on the island after he confiscated her passport, the suit said.

And what did the authorities of the Virgin Islands do about it? Besides try to steal some of Epstein’s money, which a cynical fellow would suspect they were being bribed with while he was alive, from the victims for their own people once he was dead?

“We will not remain complacent, and we will enforce our laws whatever way we can,” Ms. George said. “It doesn’t matter the social status of the person. It’s that the laws apply equally.”

I’m not picking on Ms. George. She’s behaving no differently than New York’s criminal justice authorities and the other jurisdictions that walked around pretending to see nothing and are now focused on how to divide Epstein’s money while getting very self-righteous about it.