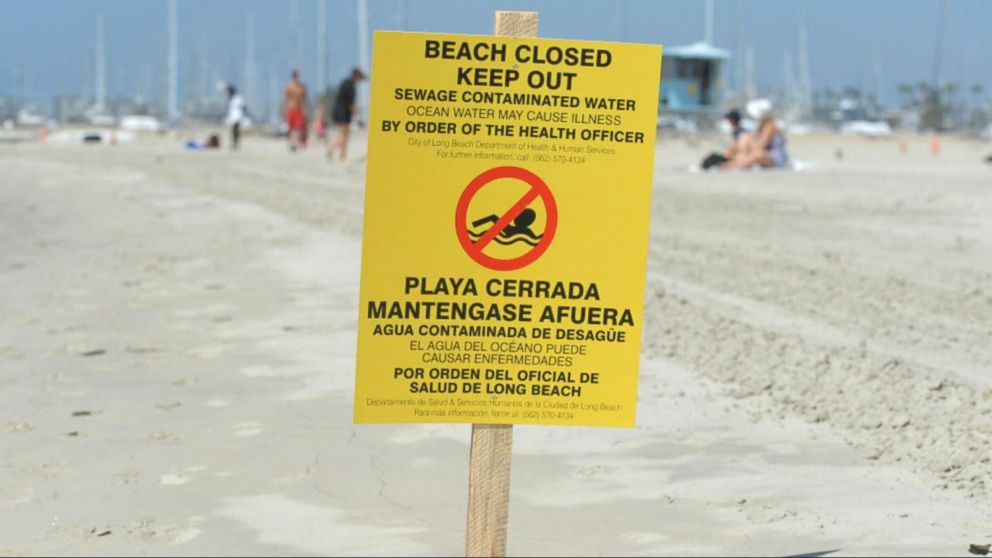 California’s gold rush began when gold was discovered on a fork of the American River. Its end can also be found on the American River which no longer contains gold, but instead high levels of E. coli bacteria.

The cause of the contamination is only a mystery to the political establishment in the nearby capital.

“A grocery sack containing what appeared to be human feces hung from a branch over the American River,” a recent Sacramento Bee story began.

The American River had been named by John Sutter. The Swiss immigrant went bankrupt when his land was overrun by gold prospectors. The new invaders aren’t trying to get rich. They already are. The benevolence of the state’s government in Sacramento means that they get everything for free.

Sutter’s son had founded Sacramento. And Sacramento’s Democrat majority is ‘unfounding’ California. Now the filth of its social welfare policies is fouling the confluence of the Sacramento and American rivers, where explorers once marveled at an expansive landscape, vagrants have set up tent cities.

E. coli levels at beaches are supposed to be at 88 or below, and anything over 1,000 is supposed to lead to a beach closure. At 500, there’s a 10% chance of gastroenteritis and a 4% risk of febrile respiratory disease. But at Discovery Park, the numbers went as high as 2419.6 in December 2019.

The E.coli levels had climbed so high that labs could no longer even properly measure them.

Discovery Park is a convenient getaway for Sacramentans. More recently however, visitors describe mountains of trash, waste, and needles. “Don’t walk, wade or swim without shoes, used needles have been strewn throughout the park,” one Californian wrote. “I found crack heads, hookers, and crazy people screaming obscenities and throwing punches at anyone who came too close,” another described.

“I have been threatened by homeless trying to hit me, bitten by a homeless person’s dog,” one intrepid visitor reported. “I have seen cleanup crews load as many as 4 bins the size of railroad cars with trash and it still isn’t enough.”

Sacramento County has put up signs warning people to wash their hands after touching the water and not to drink the water or even swim if they have open cuts, while blaming the E. coli contamination on bacteria from the “intestines of mammals – from wildlife to humans”. While that’s scientifically true, it isn’t the bears or the beavers that turned the river into a foul stew of bacteria. It’s the people.

Californians are swimming and tubing in water that Democrat politicians have made hazardous.

The environmental movement was built on claims of pollution, real or false, before leaving behind the field of actual health risks to people for science fiction fantasies about planetary destruction, ice ages and global warming. Meanwhile at Tiscornia Beach, at the confluence of the American and Sacramento Rivers, the EPA’s threshold, a level of contamination that would make 32 out of 1,000 people sick, had been repeatedly exceeded. A professor referred to samples of the river water as “diluted sewage”.

That’s a problem considering that the American River is used to provide drinking water to Sacramento.

But officials will spend the next three to four years gathering samples to understand the problem.

What can happen to the swimmers, campers, and boaters while the officials spend years gathering samples and shifting blame for the problem?

This summer, a Shigella outbreak infected multiple people on the Santa Ana River. Shigella is potentially fatal. The Downey Park area was shut down for a week over the summer. After a week, the authorities insisted that there was probably nothing wrong with the river, but warned everyone to wash their hands after touching the river. Just not in the river which has homeless encampments nearby.

One obvious concern is that the Santa Ana River is used for drinking water across Orange County. While that water supply in Orange County is unlikely to be affected by the water pollution near Downey Park, the contamination is a warning that the homeless problem is not just a threat to campers and swimmers. Rivers like these are vast and have natural cleansing mechanisms, but everything has a limit.

No part of any body of water from which drinking water is drawn should consist of “diluted sewage”.

Earlier this year, the San Diego Water Board asked local agencies to, in the words of the local FOX affiliate, “curtail the flow of human fecal matter into the San Diego River.”

“It was surprising to find out there was actually a lot of human waste present in the San Diego River water shed,” David Gibson, the Executive Officer of the Water Board, said. “There are organisms like noroviruses that cause massive illnesses on cruise ships that we’re finding in our own water.”

Tracking the spread of infections caused by homeless waste is difficult. Most people don’t even associate bouts of stomach problems with a recent weekend swimming or boating on the water.

Surfing, the quintessential Californian sport, has been endangered by the state’s homeless policies.

The California lifestyle of beaches, swimming and surfing, hiking and camping, increasingly means risky contact with human waste. And the illnesses, from the merely gastrointestinal, to even more serious disease outbreaks, reflect the transformation of a prosperous state into a Third World country.

Environmentalists once obsessed over Love Canal. Today they ignore the contamination of California and the environmental hazards for families, especially children, because it’s politically incorrect.

And it’s the Democrats and their leftist organizations who have been covering up the threat.

No state is more obsessed with environmental virtue signaling than California. From windmills to solar panels, from plastic bag bans to straw bans, from a refusal to construct dams to putting fish ahead of farmers, Sacramento has imposed an environmentalist dystopia on its progressive populace.