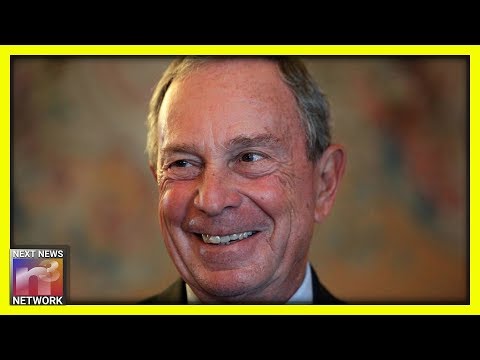 Michael Bloomberg is not allowed to participate in the Democrat 2020 Presidential Debates because he is self-funded.

So what does one do while their competitors are discussing issues?

Bloomberg tried to gain the spotlight in a bizarre way on Tuesday Night.

Bloomberg, if he had not already, just went full libtard.

During the Tuesday evening Democratic Debate Michael Bloomberg’s campaign team strained to draw attention onto their candidate. It did not go well…at all. Mayor Bloomberg was not invited to the debate as a result of monetary restrictions. The parameters involved a certain level of public financial support, and Bloomberg being self-funded means he missed those metrics.

So while the debate raged on — or, more accurately trudged along — the Mike 2020 Twitter account turned desperate. In a flailing effort to draw attention onto their candidate the social media team from his campaign turned desperate. And bizarre. By seeming to borrow the outreach attempts of a Madison Avenue campaign using outlandish tactics to gain name recognition, their Twitter feed last night resembled that of an overly confident but under-skilled millennial intern — while tripping on peyote.

One early notice involved speculation on the oral capacity of their candidate.

This tweet was deleted, leading to most people assuming the campaign had been hacked. There was amusement across the Twitter spectrum that this could occur, but then something more bizarre happened. The very odd tweets continued, and those were not hauled down.

Mike’s house is designed to look exactly like the interior of the Millennium Falcon. #BloombergFacts #DemDebate

For participating in the 1984 debates, Walter Mondale and Ronald Reagan each received a $25 Cracker Barrel gift certificate. #DebateFacts #DemDebate

Who knew that Michael Bloomberg could communicate with dolphins?

I think some of the tweets were slightly comical, but what real purpose was served?

Bloomberg may communicate with dolphins but he has problems with a solid message that humans can appreciate.

I wonder if the dolphins take him more seriously than the rest of us?

If so, I’d have to challenge the claim that dolphins are highly intelligent.