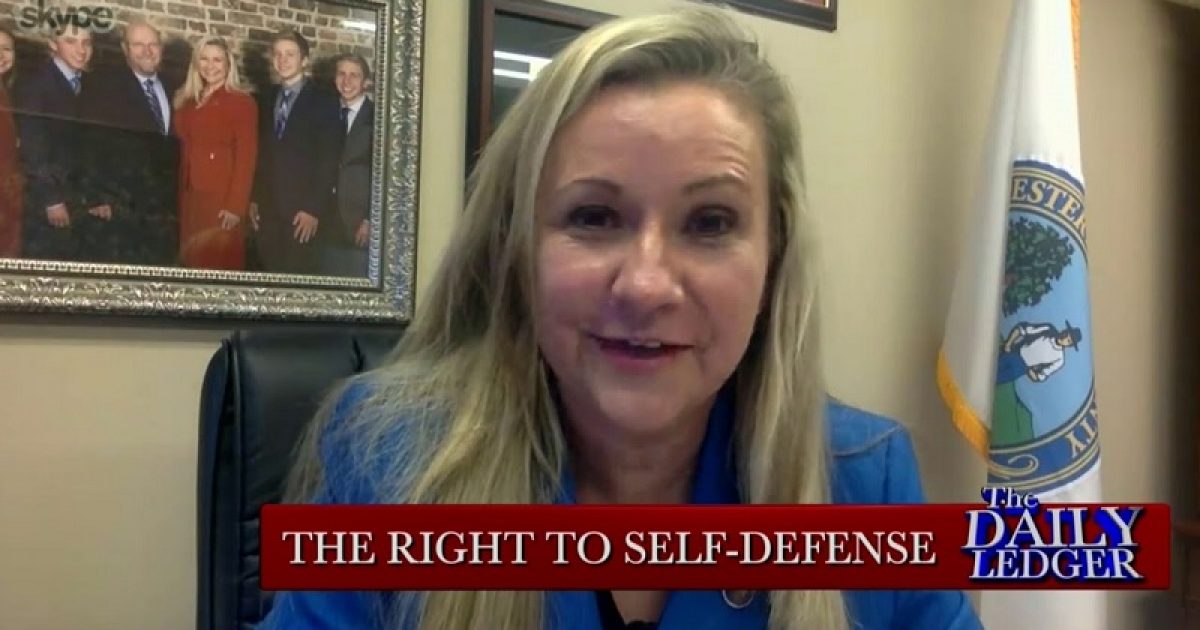 On Friday, Virginia state Senator Amanda Chase issued a dire warning for those planning to attend a pro-Second Amendment rally in Richmond this coming Monday.  Writing on Facebook, she indicated that Democrat Governor Ralph “Blackface” Northam, who has been pushing for extraordinary gun control measures in the state, is planning to “set up” those who attend for arrest, saying they could be held as domestic terrorists.

“Sadly, I am posting this, knowing that the Governor of Virginia has declared a State of Emergency in our state,” the Virginia Republican wrote.  “I want you to be aware of how we are being set up.”

Does the Patriot Act ring a bell?

Does the National Defense Authorization Act ring a bell?

If people show up wearing any kind of uniform, patch or other symbol on their clothing signifying they belong to a militia and something goes wrong, you could/will be held as a domestic terrorist.

If anyone steps out of line, all it takes is one person, it may even be a government plant….if that plant does anything to disrupt the rally, you could/will be arrested as a domestic terrorist.

The Governor, using the media has already set the stage for this to happen.
He has already laid the groundwork to make the entire movement look like insurrection.

It will be used to put the rest of the nation on notice of what will happen to you, if you resist.

They have used the Southern Poverty Law Center over the last 15 years to lay the groundwork.

They have labeled us as potential domestic terrorist for a long time now.

Anyone who has ever related to the 3%er’s, a militia, or just belonged to any Patriot group…the groundwork has been laid to brand you as a domestic terrorist.

They have gone out of their way since the Obama years to insure they had us labeled, but it didn’t start with Obama. It started with the Patriot Act under the Bush administration.

We are being played by a well oiled machine, these things have been in the works for many years.

They are kicking things into high gear. Military veterans were/are even listed as potential domestic terrorist.

We were told not once, but several times by the current President, “It’s Not Me they are after, It’s You, The American People.“

Their actions over the last three years have shown you he was right, they are coming after us full speed ahead and they aren’t even trying to hide it anymore.

Sic semper tyrannis, keep your head on a swivel and know what’s going on around you at all times, at Lobby Day 1/20/20.

Everyone be safe out there….Thus always to tyrants.

The warning comes the same week that Northam issued an executive order banning guns from the Capitol Square.

An article at the Western Journal said her post “could be hyperbolic,” but admitted the stakes are high and this is the first time such a dire warning has been issued by a state official.

A post at the Gateway Pundit also observes that the area earmarked for the rally shows only one entrance for the thousands of possible attendees.  The Conservative Treehouse goes further and says that while there is only one entrance, there are very few exits and the protest area is cordoned off with fencing. 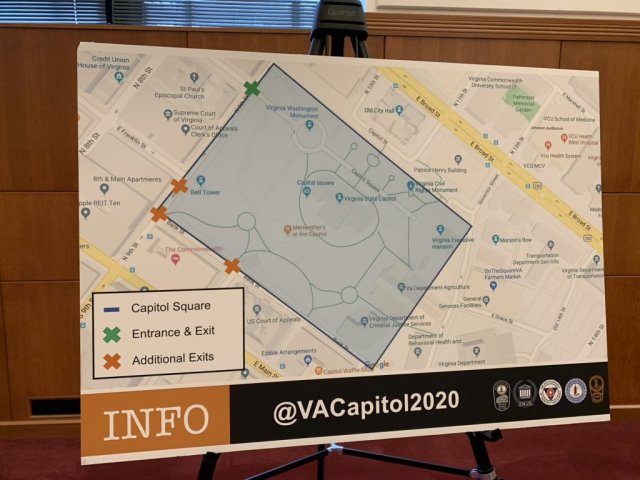 “Something is going to take place,” the post says.  “What that ‘something’ might be is yet unknown.”