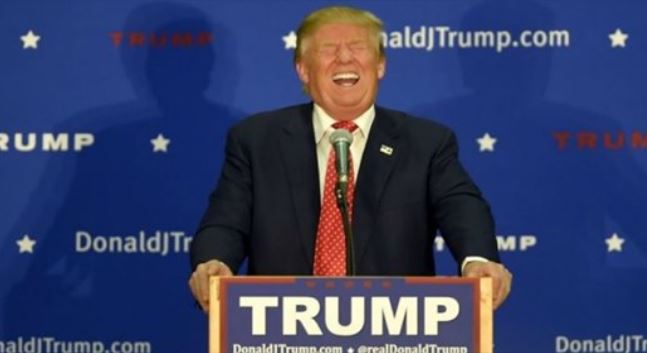 Trump just did it again.

Last week we reported that 42.8% of the Trump rally attendees in Ohio were Democrats or Independents.

Evidently President Trump has done it again in Wisconsin.

We must consider that there may be SOME who are misidentifying on purpose, but most people tend to be honest.

Even if 10% lied, that still leaves 48% of attendees as something other than Republican, and I sincerely doubt 10% of people would have lied.

All you have to do is look at the numbers attending and it’s clear that Trump is reaching across the aisle.

Democrats are in big trouble for 2020.

If this stat is accurate — and I have no reason to doubt it — President Trump has far more cross-party appeal than the Media Cartel would have us believe. Oh, and, if true, he’s clearly the odds on favorite to win the 2020 election… in an electoral college landslide.

Earlier this week, Trump’s campaign manager Brad Parscale shared some statistics from Trump’s campaign rally in Wisconsin on Tuesday. They are absolutely staggering. According to Pascale, 57.9% of the 20,395 voters in attendance were either registered Democrats or Independents.

The results from a poll in Ohio were already impressive, with 43% of those present being Democrat/Independent, but the numbers out of Wisconsin are truly mindblowing.

As RedState’s Elizabeth Vaughn writes, “as a conservative, I am overjoyed at these numbers. I take them to mean that this group is looking for an alternative to the current field of candidates running for the Democratic presidential nomination.”

I’ve written, at least twice, that I would not be totally shocked to see Trump carry California.

That might be a bold semi-prediction, but I believe it could happen.

People are sick and tired of Democrat politics and are seeing Trump as the only alternative in 2020.

Trump rallies are huge while Dems are not drawing any crowds worth noting.

The media is clearly against Trump and will report whatever they must to hurt him, and it’s not just traditional liberal sources.

Trump puts thousands of butts in the seats while candidates like Michael Bloomberg draw 45 people that are probably seeking Judge Judy autographs.

It is clear who the people favor.

The media can spin their lies and distortions, but at least 60-65% of Americans are planning to vote for Trump if they vote at all.

Democrats might whittle into that a little with their attempts at election rigging, but the evidence is clearly there that America is very much Pro-Trump.

Turn off the news and look for yourself.

If you disagree then you are probably one of those people who believes that Hillary got screwed in 2016.

What did happen is her cheating was not enough.

I dare anyone to look at Trump’s massive crowds and tell me I’m wrong.