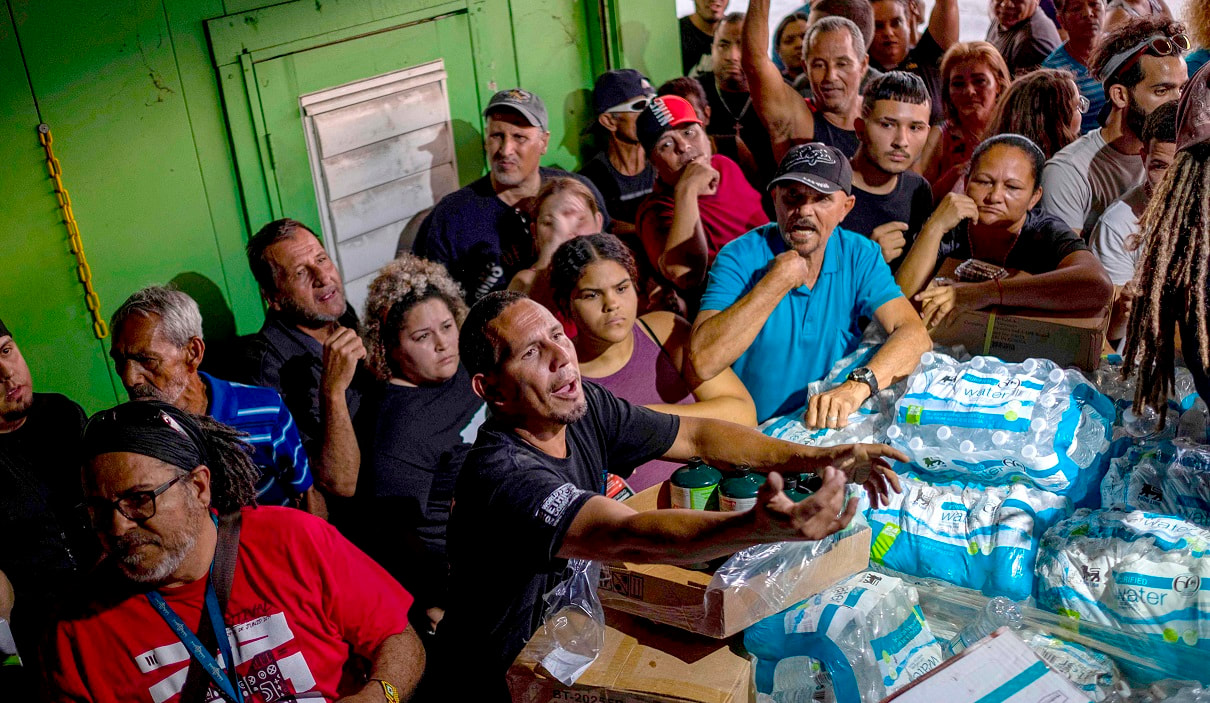 It is amazing how far the reach of Trump’s political opponents is.

Did The Deep State or other Trump political opponents have enough reach to cause America’s Relief donations to simply disappear?

Or was it corruption in Puerto Rico?

I’d say it was probably both, but Puerto Ricans are angry after a whole warehouse full of American aid has been found.

Sixteen billion more is coming their way. This time around, President Trump is trying to manage the money but Democrats are fighting it.

The Trump administration imposed financial controls on billions of dollars in disaster relief for Puerto Rico, laying out conditions on how the money must be budgeted and spent.
​
To receive the more than $16 billion in grant funding, Puerto Rico must submit detailed budgets, ignore its $15-an-hour minimum wage on federally funded projects and reform record-keeping around real estate properties, U.S. officials said.

SAN JUAN, Puerto Rico — People in a southern Puerto Rico city discovered a warehouse filled with water, cots and other unused emergency supplies, then set off a social media uproar Saturday when they broke in to retrieve goods as the area struggles to recover from a strong earthquake.

With anger spreading in the U.S. territory after video of the event in Ponce appeared on Facebook, Gov. Wanda Vázquez quickly fired the director of the island’s emergency management agency.

The governor said she had ordered an investigation after learning the emergency supplies had been piled in the warehouse since Hurricane Maria battered Puerto Rico in September 2017.

America has a real problem with foreign aid not reaching the intended recipients.

Remember, during the Obama years we were airdropping supplies and weapons that were being “hijacked” by ISIS.

We had several articles like the above and the question remains if it was intentional or not.

I tend to think it was.

The same question is valid here.

Did some powerful American politicians make sure it did not reach the intended target?

Let’s not forget The Obama Administration had its very own Puerto Rico scandal.

Could this be an extension of that operation?

Politics is a dirty game.