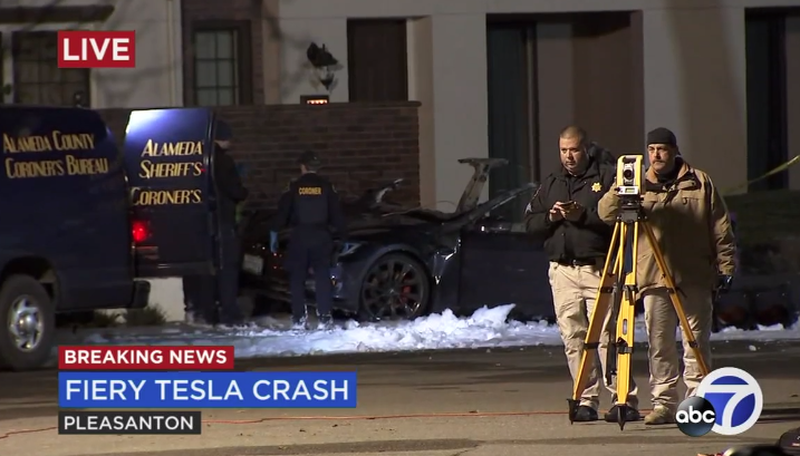 Update 1/20/2020: According to the Pleasanton Police Department’s Facebook page on Sunday, after being cleared from the scene, the 2018 Tesla Model S battery reignited, prompting additional fire crews to be sent to contain the fire.

No sooner do we report that the NHTSA is considering a petition to investigate 500,000 Teslas for unintended acceleration, than another Tesla driver winds up dead.

Police are in the middle of investigating what is being called a “single vehicle crash” involving a Tesla that “crashed and burst into flames” in Pleasanton, California.

The driver of the vehicle was killed, according to ABC 7. His identity has not yet been released.

The crash was reported on Saturday night at about 6pm local time at the intersection of West Las Positas Boulevard and Hacienda Drive.

The Tesla was going southbound and lost control near the intersection. It then crashed into a sign outside of an apartment complex before catching on fire.

The intersection was closed for several hours on Saturday night as a result of the crash.

“The car was going so fast, it actually took out a street signal,” the on-the-scene reporter says in her coverage. 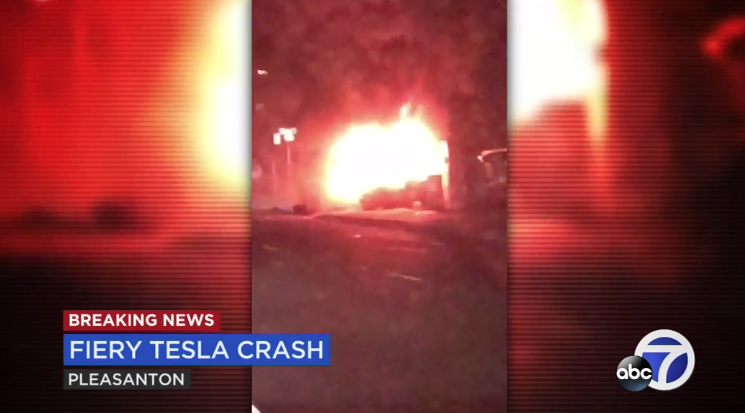 We will update this story as more information becomes available.

You can watch the news coverage of the event from the ABC feed here: