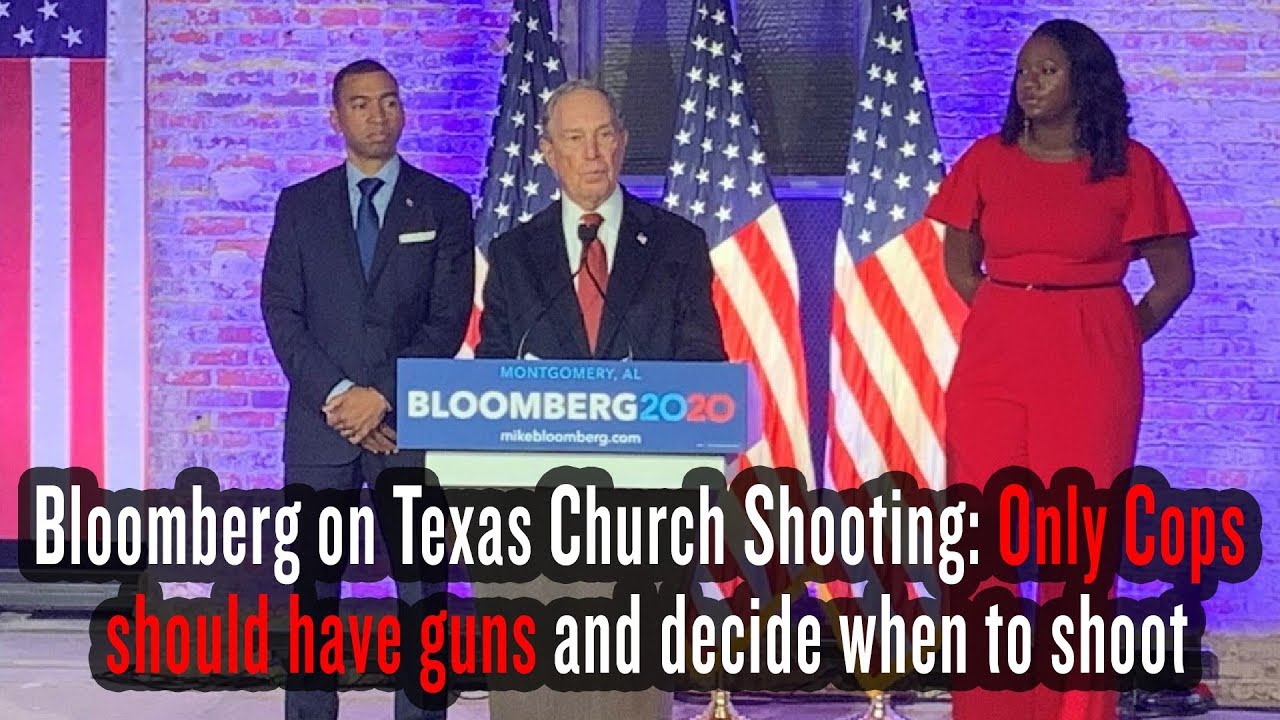 According to The Hill, Nanny Bloomberg said this on January 1 when speaking about the Texas West Freeway Church of Christ hero Jack Wilson who stopped a shooter with his own gun:

“It may be true that someone in the congregation had his own gun and killed the person who murdered two other people, but it’s the job of law enforcement to have guns and to decide when to shoot,” the former mayor said earlier this month, adding, “You just do not want the average citizen carrying a gun in a crowded place.”

Tell you what, Mr. Nanny Bloomberg: I’d rather have an “average” citizen carrying a gun than a CRIMINAL. At least I’d know that we aren’t all sitting ducks.

And I’m guessing that Bloomberg doesn’t know ANY of the basic firearm safety rules, including “know your target and what’s behind it.”

That’s because this assh*le wouldn’t know the first thing about what us “average” citizens face because he is surrounded by private security. Freakin HYPOCRITE.

That’s liberal logic for ‘ya. Bloomberg is truly a mental disorder.