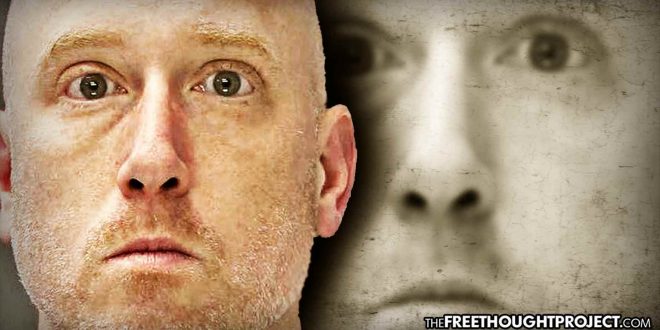 Souderton, PA — A former Army veteran and police officer was convicted on multiple counts for being a distributor and possessing over 4,000 images of the most disturbing child pornography. Matthew Laver, 38, of Souderton, PA was violating the laws he was sworn to uphold while taking a paycheck as a law enforcement officer. On Thursday, this disgusting villain was sentenced to 12 years in prison. While it may not seem like a very long sentence, it is a significant amount of time considering most cops in his position do little to no time behind bars.

“This is an appalling case,” U.S. Attorney William McSwain said in a statement. “The defendant was a member of a law enforcement organization charged with enforcing the law and protecting the public, but he was actually a child predator.”

While responsible for enforcing the law, Laver himself was flagrantly violating it, and preying upon the most vulnerable of victims — young children.

Some of those children were infants who were sexually exploited on film for Laver’s pleasure and distribution. It’s unclear at this point to whom the former soldier and police officer was sharing his horrific content. First Assistant U.S. Attorney Jennifer Arbittier Williams stated:

The harm caused by child exploitation is devastating and long-lasting, which is why we prosecute these cases aggressively…In this case, the conduct was particularly egregious because the defendant was a member of a law enforcement organization charged with enforcing the law. We stand ready with our federal and local partners to identify and prosecute all those who would prey upon minor children.

The prosecution is a result of the collaborative work of many agencies as a part of Project Safe Childhood. Marlon V. Miller, Special Agent in charge of HSI Philadelphia said:

Law enforcement officers take an oath to serve and protect, thus our conduct must be beyond reproach…Homeland Security Investigations special agents worked closely with our law enforcement partners to further prevent this perpetrator from victimizing children by distributing images of sexual assault.

The initial investigation of Laver began in September 2018 when Bucks County authorities shared information with Montgomery County detectives about child pornography allegedly being downloaded from a computer at Laver’s home.

On July 30 into July 31, investigators using a file-sharing program connected to Laver’s computer and downloaded nine files containing child pornography, Beaghley alleged in the original criminal complaint. All of the files contained videos or images depicting children under 18 engaged in sexual acts or poses, according to the arrest affidavit.