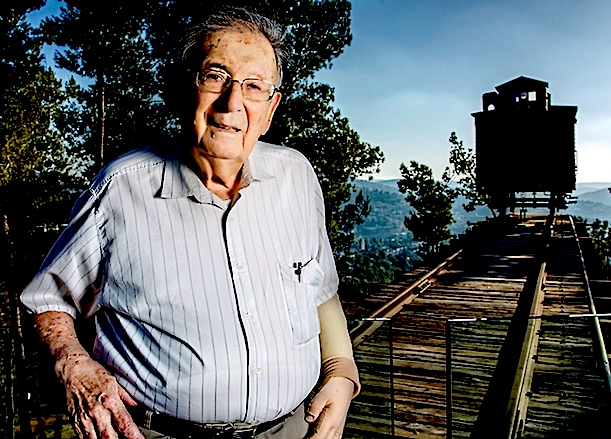 Did Hitler fear that Jews were taking over Germany?

It sounds quite plausible.

Adolph Hitler seemed to be a very paranoid man as history teaches.

A prominent Jewish scholar says that Adolph Hitler started our second world war due his paranoia that Germany would become a Jewish state.

According to nonagenerian Yehuda Bauer, one of the foremost jewish ‘Holocaust’ scholars, Adolf Hitler’s launching of World War II to prevent ‘world Jewry’ from ‘physically annihilating the German nation’ was an act of ‘anti-Semitism’:

World War II and the enormous catastrophe it brought upon mankind occurred “probably mainly” because of anti-Semitism, according to Israel’s preeminent Holocaust scholar. Indeed, Adolf Hitler launched the war to a large extent to prevent “world Jewry” from physically annihilating the German nation, Yehuda Bauer said.

“Anti-Semitism is a cancer that eats the world, and World War II is proof of that,” he told The Times of Israel during an hour-long interview in Jerusalem last week.

Bauer, 93, will deliver the keynote address at a festive dinner for about 45 leaders from across the world Wednesday evening at President Reuven Rivlin’s residence that will kick off this year’s World Holocaust Forum. The event marks the 75th anniversary of the liberation of Auschwitz. (The only two other speakers at the dinner will be Rivlin himself and the king of Spain.)

At the event, Bauer will speak about a secret memorandum Hitler wrote to Hermann Goering in August 1936, in which he spoke about the need for Germany to be ready for war within four years. Otherwise, Hitler argued, Jewish Bolshevism will “replace” the German nation.

“For a victory of Bolshevism over Germany would not lead to a Versailles Treaty but to the final destruction, indeed to the annihilation, of the German people,” Hitler wrote.

This belief was compounded by a speech Hitler gave in the Reichstag on January 30, 1939, Bauer said during the interview.

“If the international Jewish financiers in and outside Europe should succeed in plunging the nations once more into a world war,” Hitler predicted, “then the result will not be the Bolshevization of the earth, and thus the victory of Jewry, but the annihilation of the Jewish race in Europe!”

One of the reasons I find this contention so ironic is that currently Germany is in the grips of an ISLAMIC takeover.

Will Merkel & Co. start World War III to drive Muslims out of Germany?

That seems to be a done deal.

So if Hitler was really trying to protect Germany from being overtaken by Jews he was successful, but at what future cost?

Was it more Hitler’s hate or more his fear that drove him?