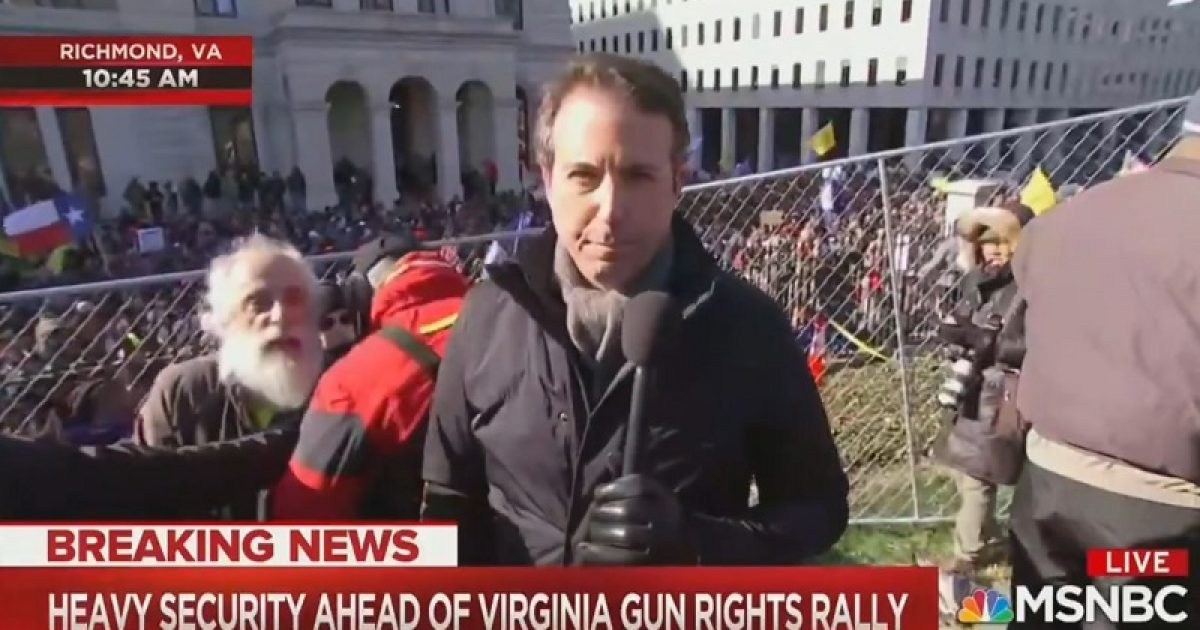 The lying liberal media was busy in the run-up to the Richmond Second Amendment event, making gullible consumers of their propaganda believe that those who support the right to keep and bear arms were preparing to engage militarily with state officials and Democrats trying to infringe on their gun rights.

One man was apparently so angry that he told MSNBC what he thought of them in no uncertain terms.

“You pieces of sh*t! F*ck you!” he screamed after walking behind one of MSNBC’s field propagandists.

Here’s one video, as posted to Twitter.  Notice the in-studio anchor referred to the heckler’s outburst as “background noise.”

No doubt there’s a lot of people who feel the same way.

Well over 20,000 attended the rally, which turned out to be peaceful.  Sadly, you would never have known that if you relied on outlets like MSNBC and CNN…