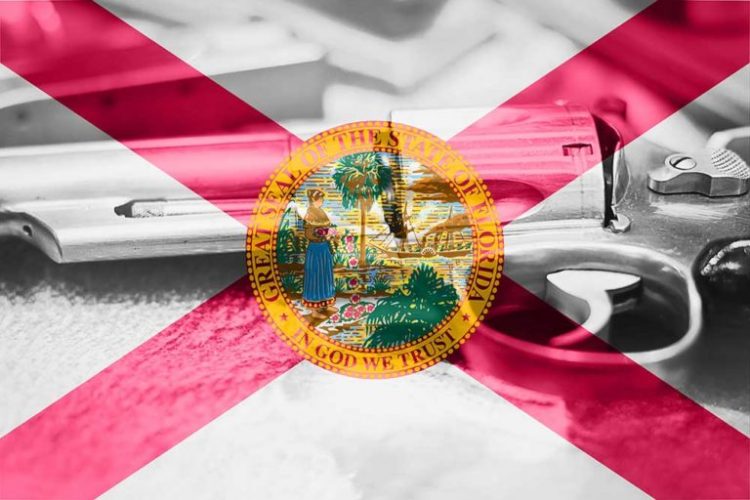 Following a win earlier this month by Florida Carry in a lawsuit against Broward County’s illegal gun laws, Florida Republican state senators sold the people’s gun rights out, making them just as treasonous against the people as their alleged political opposition.

Guns In The News reports:

Senate President Bill Galvano picked a fight with Floridians who believe in the constitutional Right to Keep and Bear Arms. It is well known — even by the media — that in 2018 Bill Galvano orchestrated the creation and passage of the “Parkland Gun Control Bill.” And, of course, it didn’t stop gun crime or criminals. It only took away the rights of law-abiding people.

So now, he’s back for more gun control and it appears likely that Bloomberg’s $500,000.00 “donation” to Senate President Bill Galvano is behind yet another Galvano gun control bill. — SB-7028 — an admitted priority of Galvano.

All but one of the Republican Senators on the Senate Infrastructure and Security Committee put Galvano’s wishes ahead of principle, the Constitution, their Oath of Office and YOU, their constituents and voted for a gun control bill.

GITN added that “House Speaker Jose Oliva and Governor Ron DeSantis are pushing back against this massive gun control bill.”

The report went on to state:

SB-7028 by the Committee on Infrastructure & Security is a gun control bill. Among other things, it contains a massive two-pronged Universal Background Check system that is the worst I have ever seen.

It is clearly meant to simply ban all private sales of firearms through red tape and fear.

This bill contains so much red tape and nonsense that there is almost no way a law-abiding person could comply.

The only thing we know for sure is that this bill will only stop law-abiding people from exercising a constitutional right and it will be completely ignored by criminals.

Additionally, Five Republican Senators approved this bill, as it was unanimously passed in the panel. reported:

Over the objections of the National Rifle Association, a Senate panel Monday unanimously signed off on a far-reaching measure that would close the gun-show “loophole,” create a record-keeping system for private gun sales and set aside $5 million to establish a “statewide strategy for violence prevention.”

The proposal (SB 7028) is a priority of Senate President Bill Galvano, R-Bradenton, as evidenced by the Senate Infrastructure and Security Committee’s consideration and passage of the measure the day before the 2020 legislative session begins.

The sweeping legislation would require background checks and a three-day waiting period for firearms sold “on property to which the public has the right of access,” such as “a flea market, a gun show, or a firearm exhibit.”

The measure would also mandate that guns be securely stored in households and other places where minors under age 18 — up from the current threshold of 16 — could have access to the weapons.

The bill also would create a new section of law that would require guns to be stored to prevent access “by a person of unsound mind.”

And the proposal would impose new requirements for private gun sales. Under the measure, individuals who sell guns to other people would be required to fill out a form that would include the name, date of birth and identification information of the purchaser. The affidavit, which would include background questions aimed at ensuring the purchaser is eligible to buy a gun, would have to be notarized.

Five Republican Senators approved this bill, as it was unanimously passed in the panel.

I think Floridians need their own Lobby Day and tens of thousands of people should be turning out to call out the tyrants, both Republicans and Democrats who are supporting the infringement of the people’s rights under the guise and lies of “safety and security.”

There’s a lot of house cleaning to go around in each and every state in our union when it comes to these representatives who take an oath to uphold the Constitution and preserve the rights of the people and immediately abandon that oath once they are in office.

The end goal in all of this is a global disarmament, and the only people standing in the way of that are Americans.