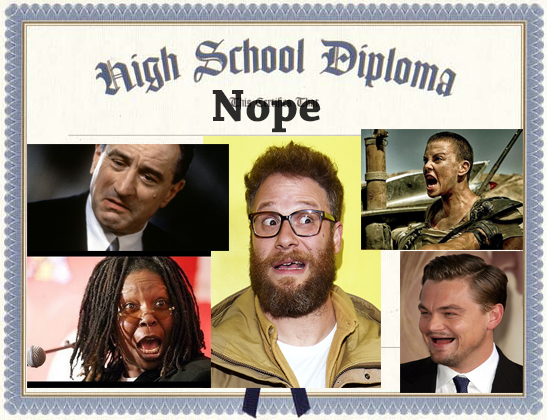 Listen to me because…well..I’m famous!

It’s nauseating to see this endless line of Hollywood airheads jockeying for position to lecture America on topics they didn’t even bother to study. I’m not an education snob, but there are certain processes we all learned in our journey through high school.

Who Killed the Whistleblower’s Wife?

Important topics were studied to learn how our government works. Basic civics classes forced everyone to learn about separation of powers, how each branch of government works, and why checks and balances are crucial. Even the Constitution was studied—today that’s pretty much just done in home school settings.

Learning the difference between a democracy and a democratic republic was essential, and students were educated on the importance of our Bill of Rights—all of them including the right to bear arms. They learned that a peaceful transition of power after elections is what sets our nation aside from Third-World countries and dictatorships.

The history of the nation and the student’s home state was covered. We learned why our country broke away from England. Wars that were fought and the reasons provided a backdrop for understanding foreign policy. The lives of our founding fathers and presidents occupied these same pages. Without an understanding of our history, we are doomed to repeat the bad parts of it.

Students struggled through basic sciences so they’d know more about health and illness. These textbooks also covered basic meteorology and how the environment impacts plants, and vice versa. They weren’t taught to fear climate changes, and many young people grew up in rural areas where farmers struggled through good and bad growing seasons, sometimes one right after the other.

Dems Want to Hang the Last Innocent Man in Washington

Out of all those subjects, including those dreaded English and Writing classes, everyone learned to process information inside their own heads–to make good decisions and thing for themselves. They learned their vote was important and private. Teachers didn’t lecture from one particular political standpoint or another, and students weren’t shamed if they expressed political beliefs.

In short, by graduation, we all learned to think and reason, a skillset woefully absent from the drop-outs who try to lecture us. The next time you see or hear one of them pontificate, just remember they couldn’t even make it in high school.

Likes lecturing us on firearms: “Welcome to America, where you’ll wait 6 months for an X-Ray but hey, you can buy an AR-15 in 5 minutes flat.”

Wow,  I have a CHL and it takes me fifteen minutes to fill out the paperwork!

THOUSANDS and THOUSANDS of Guns at Virginia Rally and Not a Single Person Shot. Meanwhile in Chicago

On climate change (she got her info from observing the Mad Max remake):

“Charlize Theron, who takes a leading role in the new Mad Max movie as a one-armed warrior driving five sex slaves to safety, has expressed her fears that a bleak future awaits the planet unless global warming is addressed.”

This high school failure sees no problem lecturing from her “artist’s” pedestal, even though she has very little actual education:

Kristen Stewart on Sunday defended the right of artists to be outspoken politically while attending the Toronto Film Festival. “People shouldn’t put politics in art? Have you ever heard of art? What are you talking about?”

Did she add a “Duh” to that statement?

He likes to send tweets to Donald Trump Jr. about his dad. Here’s an example of this political heavyweight dropout:

‘Hey man! It’s Seth. Your father is trying to discredit our media, collude with Russia, and destroy the environment. It would be super cool of you to be like, “yo, dad, why don’t you stop all this and go back to being just a guy on TV.” The majority of the world would be pretty psyched. Thanks!!!’

This obscene loudmouth dropout was actually invited to LECTURE on climate issues at the World Government Summit in Dubai. He managed to get an anti-Trump message mixed in too:  “De Niro began his remarks on environmental policy by apologizing for his home country, telling the audience that America was a “backwards” nation, and, having elected Donald Trump, was suffering from a bout of “temporary insanity.”

See if you catch the irony here:

Using his celebrity status to draw attention to the problem of global warming, one of the most important and pressing issues of our time, actor and United Nations Messenger of Peace, Leonardo DiCaprio, travels the globe to witness firsthand the effects of an impending environmental disaster.”

Yep, drilling holes through the sky in his private jet, DiCaprio sets a great example. BTW how many carbon credits did he purchase to make his global warming movie?

She explained why she never says “President” Trump: “I can’t wrap my mind around his being the nation’s commander-in-chief.” Perhaps a civics lesson on presidential elections would remedy that, but she missed those classes and many more!

AS most climate hypocrites do, Whoopi likes her some private jet time: “Co-host Whoopi Goldberg admitted that she uses private planes “because I don’t want to be on a plane where I got to talk to a million people when I have to get where I’m going.”

This intellectual midget actually dropped out when she was 14 years old. That doesn’t stop her from parroting what everyone around her is saying. Lawrence is clearly lost when asked specific questions:

“While promoting her upcoming film Mother!, Lawrence was asked by journalist Jackie Long for her thoughts on the many changes happening in the U.S. over the past year. “It’s scary,” Lawrence replied, adding, “You know, it’s this new language that’s forming. I don’t even recognize it. It’s also scary to know that climate change is due to human activity, and we continue to ignore it.”

When asked more pointedly about the hurricanes, Lawrence said it was hard to watch the ongoing devastation, especially when promoting a movie titled Mother!  “It’s really polarizing and upsetting,..I’ve heard things and seen things on TV in my own country that devastate me and make me sick. It’s just really confusing.”

Long then asked Lawrence if she finds President Donald Trump confusing, to which Lawrence quickly answered, “I don’t find him confusing. I know exactly what he is.”

At least she knows she is confused. Maybe she should spread the word to her fellow scholars.