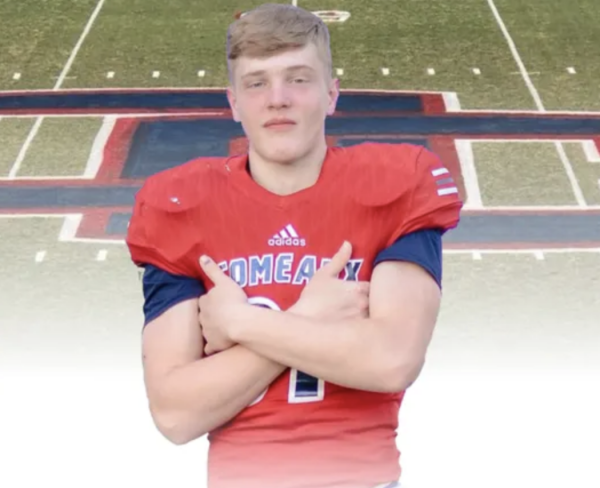 PK Note: If you haven’t, pick up a copy of Their Lives Matter Too. It documents scores of black on white homicides over the past 10 years you’ve never, ever heard of.

He was a senior in high school, with his whole life in front of him. He had aspirations, goals, and was filled with ambition.

He was murdered by two black teenagers, aged 13 and 14-years-old in a “robbery gone wrong.”

His name is Matthew Carter. He was a white senior in high school looking forward to graduating and going to college, but now he is dead.

Murdered by two black teenagers in a shooting few outside of Louisiana will read or hear about. [Comeaux teacher shares students’ reaction to Matthew Carter’s death, KLFY.com, January 22, 2020]:

Wednesday morning Matthew Carter’s classmates, teachers, and coaches learned about his death. He died from his injuries, the victim of a shooting and armed robbery. A 13 and 14-year-old were arrested with 1st-degree murder charges.

“The whole Spartan family is grieving because we’re a family, and we lost one,” said Darlene Scott, Matthew Carter’s psychology teacher.

Today, during the time she would normally teach him, she got an email she will never forget. Her students read her face, hoping for good news, but realized their classmate was gone.

“They would say, “It’s such a waste He didn’t deserve this. He had a future, and it was taken away, and it made them realize that life could be short,” Scott recalled.

Over a dozen guidance counselors entered the classroom according to Scott. She lit candles and students gathered around Carter’s decorated desk to share stories of the most likable guy they knew.

Scott’s classroom made a poster Tuesday and she brought it to the hospital that night. She shared a final moment with Carter before making 250 stickers that say “#31 Strong Mattew Carter We love you” in support of his family.

Scott shared very personal moments of her final one-way conversation in the hospital. She fixed Carter’s hair, waiting for him to tell her to stop. She asked him if he owed him a dollar for the snack he “borrowed” of her desk.

She told him the story students were telling back at school, but not all of them loud enough for his parents to hear, “I just held his hand, and I talked to him. It’s all I could do, hug the mom and the dad, because as a teacher the kids are my kids, I just feel like they are mine.”

Scott had so much to share about Matthew Carter. He cared about his grades, planning to study radiology in college. He loved food, often meeting people by asking if they were going to finish a snack.

She says she is going to leave his desk decorated for the rest of the semester, so students can feel his presence there, “Such a great loss,” Scott said, “It’s just going to be a big hole in the class.”

Seriously, what were you doing?

Take your time and think about it.

Now think about how these two black teenagers, aged 13 and 14, engaged in an attempted robbery (tried to steal Matthew’s car) and brutal murder of a white 17-year-old…

As it is, this is probably the only place you’ll read about it.