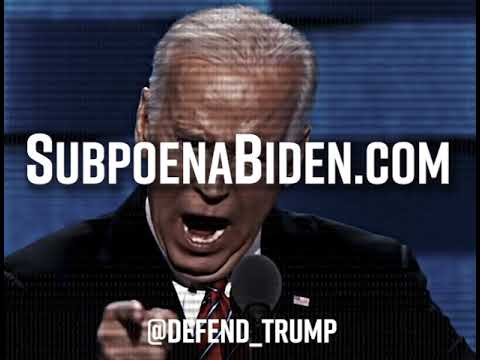 I’d say that when Times Square allows a Democrat to be attacked it is a pretty good indication that the party is looking elsewhere.

Joe Biden has been hung out to dry, for all of NYC to see.

Here’s the ad that is now playing in Times Square.

The Committee to Defend the President—one of America’s largest pro-Trump super PACs—is running a new billboard in New York City, criticizing Democrat candidate Joe Biden over the Ukraine scandal.
The billboard, located at 1500 Broadway and 43rd Street, is two-sided and both sides will feature the video of Biden admitting to withholding aid to Ukraine until its government fired the prosecutor investigating his son, Hunter.
Here is the video:

The billboard will also direct New Yorkers to visit SubpoenaBiden.com, where the Committee is now running a signature collection petition that will ultimately be sent to Senate Republicans, urging them to subpoena Biden for his Ukrainian corruption.

“The Biden family name is synonymous with corruption, especially in Ukraine. Our goal is to educate Americans about the shady deals and ruthless power moves that ‘Quid Pro Joe’ executed on behalf of his son, Hunter, and at the expense of the Ukrainian government. The American people deserve to know the truth, and we are committed to sharing it with them.”

In terms of cost, the Committee will spend $40,000 to run the billboard until March 1st, in addition to spending at least $5,000 on Facebook advertising to spread the word.

Biden certainly has a lot of explaining to do in regards to Ukraine.

I’m doubting that Joe will be allowed the chance for a rebuttal in Times Square.

They tend to be very protective of their material, from what I understand.

At least you are in good company there Joe.

You have lots of experience being the head tyrant’s b**ch.