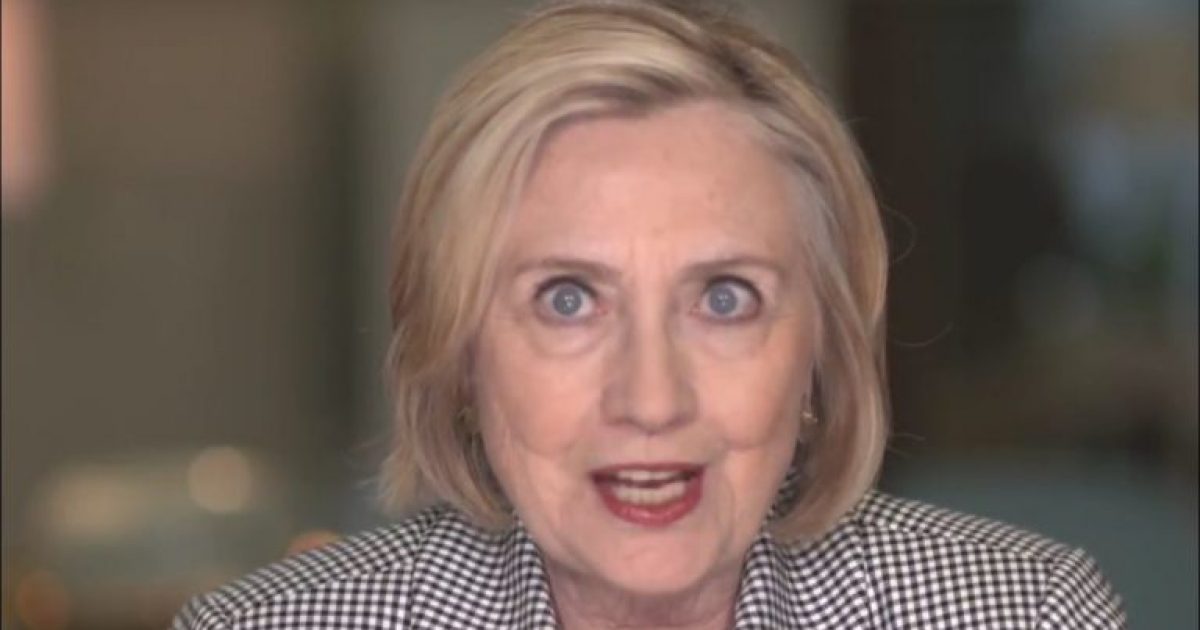 Hillary Clinton, in an interview with The Hollywood Reporter, said she believes Democrats need to get greater control of the media as a means to “influence the thinking of Americans.”

In the discussion, THR’s reporter asked the former First Lady how the left can combat Fox News. Because the lone right-of-center mainstream media outlet needs to be stopped, apparently.

Hillary was all too eager to offer up her thoughts, lamenting how Fox has allegedly produced “propaganda” and the left needs to step up their game as a means of controlling the narrative.

“We do have some well-off people who support Democratic candidates, there’s no doubt about that, but they’ve never bought a TV station,” she replied. “They’ve never gobbled up radio stations.”

“They’ve never created newspapers in local communities to put out propaganda,” Clinton added, suggesting people like Rupert Murdoch at Fox and the dreaded Koch brothers have and have “played a long game about how we really influence the thinking of Americans.”

Blames the Media For Her Failures

Among the myriad of other excuses Mrs. Clinton has offered over the past few years for her embarrassing election loss to President Trump, the media has been a particular target of her scorn.

She blamed the New York Times for reporting on her email scandal saying it ultimately “affected the outcome of the election.”

The former Democratic presidential candidate also suggested – ridiculously – that the media didn’t cover her in a positive light nearly as much as they should have.

“When you have a presidential campaign and the total number of minutes on TV news … was 32 minutes, I don’t blame voters,” she told the ladies of The View. “Voters are going to hear what they hear … They don’t get a broad base of information to make judgments on.”

Maybe they couldn’t cover her as much because they spent 90 percent of their coverage manufacturing scandals for Clinton’s opponent and covering him in a strictly negative light.

Think you’re biased!? @DavidZurawik on CNN: “He’s so far down this road of evil….We can change voters’ minds for 2020. That’s what we can do if we keep speaking forcefully….Journalists do not talk enough about morality because we think people will think we’re biased.” pic.twitter.com/qMrbLrsV37

Wants to Control What Americans Believe

Perhaps even more chilling than suggesting the left needs to step in and influence the way people think, is Hillary’s suggestion that she’d like to emulate Barack and Michele Obama by using Hollywood to “impact the culture and what people see and therefore what they believe.”

While nothing has been finalized, Clinton says she is in talks about launching a production company like the Obama’s have with Netflix and Spotify.

“The Obamas are absolutely right that you’ve got to impact the culture and what people see and therefore what they believe if you’re going to impact the politics and to preserve our democracy,” Hillary expressed.

“So, I think they made a very smart decision, and maybe someday we will, too,” she warned.

This past summer a guest on CNN suggested: “We [the media] can change voters’ minds for 2020, that’s what we can do if we keep speaking forcefully, and we talk about morality.”

Hillary and the media are in lockstep on this topic. Clinton didn’t lose because she’s a terrible candidate, American cities aren’t being decimated because of liberal policies, and President Trump isn’t successful in making America great again because of conservative platforms.

It’s because you’re too dumb to know what’s good for you. In their minds, that has to change.