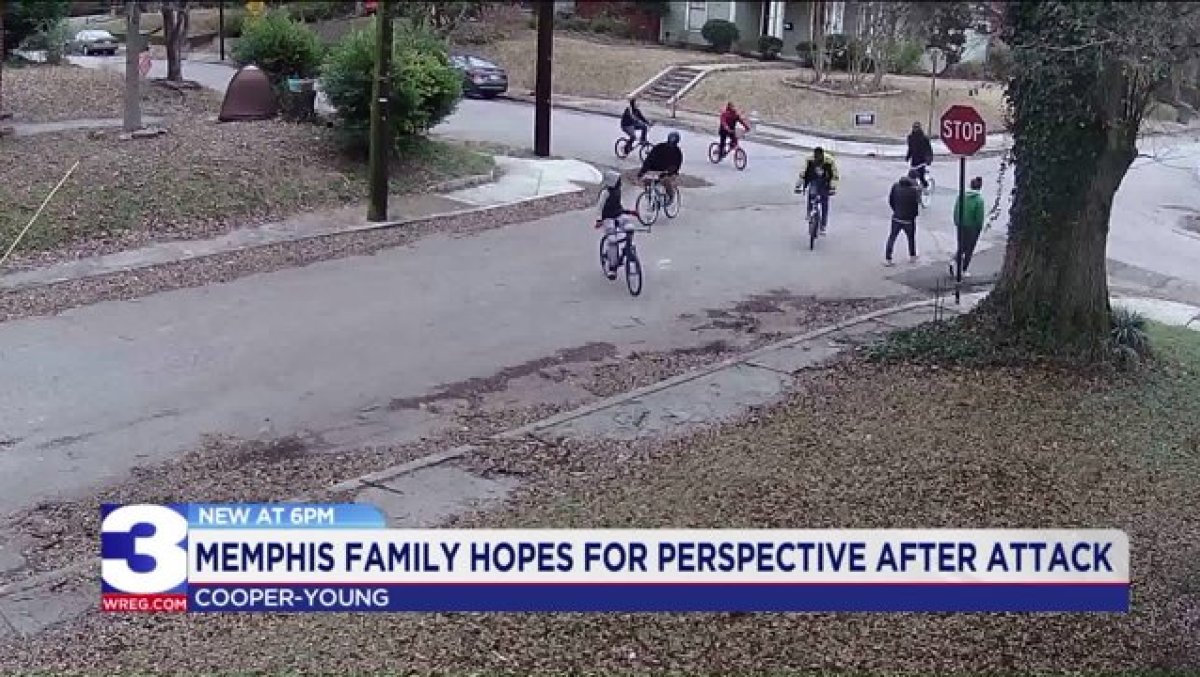 Blacks attacked a white teenager in Tennessee. The victim’s mother is furious — not at the attackers, but at neighbors who noticed their race.

“I am highly offended by people saying that this was stereotypical black children acting violently,” Edith Love told WREG. Miss love is a Unitarian minister who specializes in officiating at same-sex weddings.

Two young black men noticed her son had a $20 bill and asked for a dollar. He gave them a one-dollar bill, but they wanted more, and threatened to shoot him if he didn’t hand it over. They punched him, breaking his glasses and leaving him temporarily deaf.

Rev. Love does not want to press charges. She wants to have a discussion: “With them, with their families and say, ‘look this is my baby. This is your baby.’ Let’s talk this through.”

The blacks have reportedly harassed other neighbors and cursed at them with racial slurs. Rev. Love thinks she can convince them to “alter their path.” She holds a bachelor’s degree in “social and racial justice” and lectures on this subject.

Her bio states that she “believes her calling is to holding sacred space with everyone who has ever felt unwelcome, unloved, or outcast in her beloved hometown of Memphis, Tennessee. . . She believes all people are her people, the streets are her parish, and everywhere we are, we are standing on holy ground.”

In one interview, a young black girl was sitting next to her son, the victim. She may be an adopted daughter.

Rev. Love is a textbook case of pathological altruism. Jared Taylor defines it as “a sincere attempt to help others that instead harms others or oneself, and is ‘an unhealthy focus on others to the detriment of one’s own needs.’ ”

Rev. Love believes she is helping blacks, but she’s just hurting her family and neighbors. The blacks will terrorize others unless they’re stopped, but Rev. Love is using the crime to promote herself and claim she’s a “fierce defender of those oppressed” who is “more at home at a protest than a picnic.”

White liberals often behave this way. In November, Usman Khan murdered Jack Merritt, a Cambridge University graduate who worked in prisoner rehabilitation. Merritt had promoted mass immigration and criminal-coddling, two policies that contributed to his death: His killer was the child of Pakistani immigrants, and he got early release after a terrorism conviction. Merritt’s father denounced anyone who saw the connection: “’Don’t use my son’s death . . . to promote your vile propaganda. Jack stood against everything you stand for — hatred, division, ignorance.” Liberals loved his statement.

An illegal alien murdered University of Iowa student Mollie Tibbetts in 2018. Her family blasted anyone who connected the murder to illegal immigration. “To the Hispanic community, my family stands with you and offers its heartfelt apology,” Rob Tibbetts wrote in a Des Moines Register op-ed. “That you’ve been beset by the circumstances of Mollie’s death is wrong. We treasure the contribution you bring to the American tapestry in all its color and melody. And yes, we love your food.” Mr. Tibbetts also warned: “[D]o not appropriate Mollie’s soul in advancing views she believed were profoundly racist.”

The Washington Post and other media outlets praised this response.

An Afghan migrant raped and murdered 19-year-old German, Maria Ladenburger in 2016. Her family asked mourners to donate to a refugee charity in their daughter’s memory. Ladenburger’s parents won the “Citizen of the Year” prize from the Federal Association of German Newspaper Publishers in 2018.

South African blacks murdered white anti-apartheid activist Amy Biehl in 1993. They shouted “Kill the Boer” as they beat and stabbed her to death. Her parents forgave the killers: “We hope they will receive the support necessary to live productive lives in a nonviolent atmosphere. In fact, we hope the spirits of Amy and those like her will be a force in their new lives.” Biehl’s parents started the Amy Biehl Foundation to carry on their daughter’s work and hired one of her killers.

Too many whites would rather burnish their anti-racism credentials than stand up for their own flesh and blood. They want praise from journalists rather than justice.

Pathological altruism stops whites’ ability to defend themselves. It’s reinforced by the media and by elites who want us to accept dispossession. There is nothing more shameful than praise from those who hate us. When enough whites realize that, we can destroy this sickness.

Robert Hampton is a contributing editor at American Renaissance. He is a Middle American who chose to wake up.