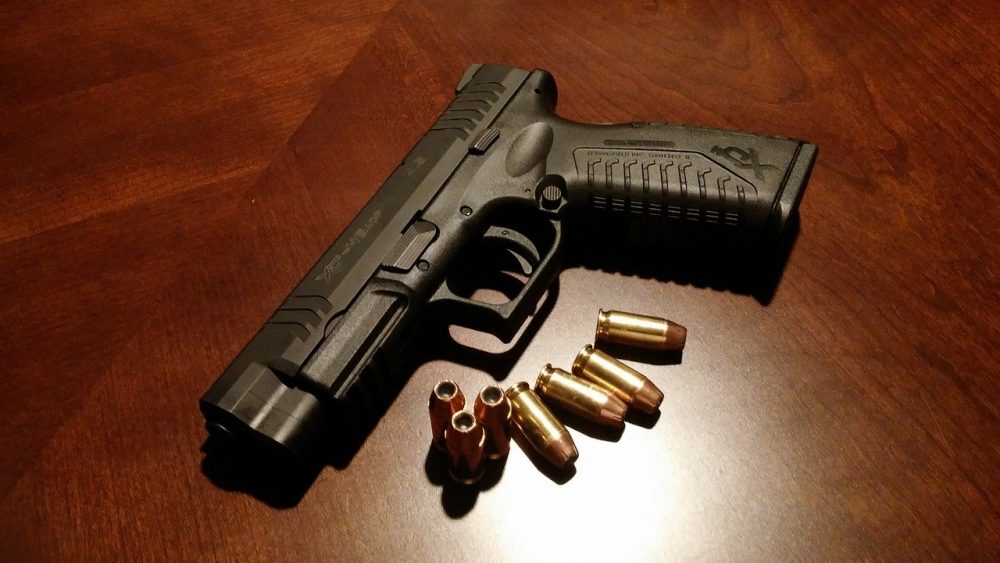 Gun control bills and measures have been a hot topic in the state of Virginia, and with good reason.

Democrats within Richmond have been adamant in bringing forth legislation that can be contorted to strip citizens of their second amendment rights. As a result, citizens of the state thought it a good idea to purchase their weapons while they still could.

The tallied number of guns sold totaled out to 73,849. The outlet reported that the increase in sales was likely “due to growing fears of increased firearms restrictions backed by Democrats who control the state government.”

In the past 30 years, there was only one month that toppled the sales from this past December, and that would be December of 2012. That holiday season saw an estimated 75,120 firearm sales, which might have had something to do with then-Governor McDonnell removing the restriction of only being allowed to buy one gun a month.

Several gun store owners made mention of the notable increases in both foot traffic and purchases within their shops. Some customers mentioned that they were first-time buyers, while others were looking to acquire firearm accessories they thought might be subject to banning later on.

One of the first-time gun purchasers was a 66-year-old grandmother of eight. Ida Wright expressed concerns that the impending legislation championed by Democrats within Virginia geared her toward purchasing a weapon:

“I didn’t think I would ever be buying a gun, but things are changing so drastically. If we don’t protect ourselves, who else is going to protect us?”

One of the managers from Bob Moates Sports Shop, Richard Hill, noted the increase in customers filing into the store in December:

“On the basis of what we would have been doing a year ago at this time, you’re looking at a 500 to 1000% increase depending on the day.”

Hill mentioned that with all the bills being pushed forward that aim to restrict lawful gun owner’s rights, it’s creating an increased demand overall. He was also critical of the fact that political pundits in Richmond haven’t addressed the fact that there are criminals already in violation of existing gun laws:

“I have yet to see a single law that addresses what we are going to do with the criminals we’ve already got that are violating untold numbers of laws.”

Gerald Stauffer Jr., who is the manager of Southern Gun World in Chesterfield County, also stated that in the wake of everything going in the state Senate and House, business is booming.

He pointed out that while the rally was going on in Capitol Square, there was a remarkable number of sales from attendees:

“About noon we saw a very steady amount of people coming in with their stickers on, most of them buying a new firearm. They were motivated.”

This outcome is hardly surprising, as there’s been previous studies that show when lawful gun owners think their rights are going to be infringed upon, gun sales experience an uptick.

Maurizio Porfiri, a professor of mechanical and aerospace engineering at the Tandon School at New York University, found that whenever the media or legislators attack gun rights then there’s a near immediate bump in sales.

The study, which gathered data between January 1999 and December 2017, cross-examined whether gun purchases increased following mass shootings or when media attacks and reporting of oncoming gun reform happened.

The study proved there to be zero fundamental link between an actual mass shooting and gun purchases – just gun sales increasing when people try to relieve lawful gun owners of their weapons. A testament that the “fear of loss” inevitably creates demand.