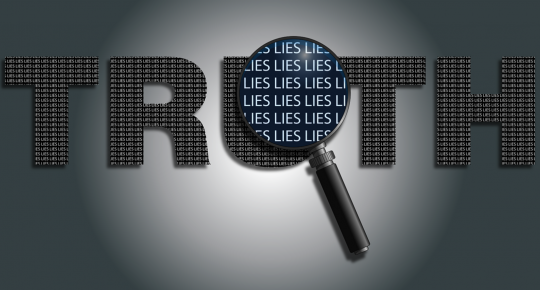 Ever since this coronavirus outbreak first began, the mainstream media has been feeding us fake news over and over again.  Initially, we were repeatedly told that there was very little to be concerned about because it was very unlikely that human to human transmission was happening.  But now we know that this virus spreads very, very easily between people.  Another thing that we were repeatedly told by the mainstream media was that a victim had to start showing symptoms before they could spread the disease.  Unfortunately, now we know that is completely and totally false.  As you will see below, Chinese officials have confirmed that even those showing no symptoms at all can spread the disease.  But perhaps the biggest fraud of all has been the “official numbers” that the Chinese government has been putting out.  According to the latest count, there are now 2,051 confirmed cases and the death toll has risen to 56, but at this point it has become clear that those numbers are completely divorced from reality.

One 36-year-old, speaking by phone outside a major hospital in the city, said she had spent the past week taking her sick husband from hospital to hospital in a vain attempt to get him tested for the virus, which has already killed 41 people and infected hundreds more.

“I have nothing. No protective clothing, only a raincoat, and I am standing outside the hospital in the rain,” said the woman, who gave her name as Xiaoxi.

“I am desperate, I have lost count of time and days. I don’t know if we will both live to see the new year.”

Her husband first developed a fever 10 days ago and he has been coughing up blood, but he wasn’t tested for the virus at any of the four hospitals that they visited.

At one point they even called an ambulance, and that didn’t even work.

Sadly, the truth is that there are hordes of very sick people in Wuhan that are not showing up in the official numbers because there are not enough medical personnel to test them all.

And many of the medical personnel that are working endless hours to fight this outbreak end up getting the virus themselves.  In fact, one heroic doctor in Wuhan passed away on Saturday morning…

A doctor working at a hospital in Wuhan, China — treating patients stricken with the coronavirus — died Saturday morning.

Liang Wudong, 62, died after he was infected with Wuhan coronavirus.

In addition to not being able to test everyone that is sick, the Chinese have also been purposely suppressing the death toll by falsely categorizing the deaths of many of the victims…

A 53-year-old fitness trainer died on Wednesday after checking into a hospital in Wuhan a little more than a week earlier, said his niece. His family had expected the death certificate to reflect the deadly coronavirus, because as his condition deteriorated, his doctors told his family he was suffering from an untreatable virus in his lungs.

Instead, it recorded “severe pneumonia” as the cause of death, she said. The relatives of two other people who died in separate hospitals in Wuhan this week also described similar situations, saying the causes of death had been given as “viral pneumonia.”

So what would the real numbers look like if we were being told the truth?

We don’t really know, but experts at Lancaster University believe that “there may already be 11,000 people infected in Wuhan”…

A sobering assessment last week by experts at Lancaster University estimated there may already be 11,000 people infected in Wuhan – and that only one in 20 infections has come to medical attention.

The experts calculated the number could grow to 190,000 by February 4.

If that estimate is anywhere close to reality, that would be really, really bad.

But a video that claims to be from a nurse in Wuhan claims that things are even worse than that.

According to her, there are already 90,000 cases of the coronavirus in China…

A nurse wearing a protective suit and face mask treating the sick in Wuhan has claimed that 90,000 people have already been infected by the coronavirus in China – far more than the figure of just 1,975 issued by government officials.

Her warning from the heart of the outbreak emerged as the Chinese government faced accusations of censoring criticism of its handling of the disease in order to play down the crisis.

It is important to note that what she is reporting is entirely unconfirmed, and at this point there doesn’t seem to be any way to confirm her claims.

China’s health minister Ma Xiaowei made a startling statement Sunday about the Wuhan coronavirus: He said people can spread it before they become symptomatic.

“This is a game changer,” said Dr. William Schaffner, a longtime adviser to the US Centers for Disease Control and Prevention.

This is completely contrary to what we were told previously.

China’s National Health Commission Minister Ma Xiaowei said the incubation period for the virus can range from one to 14 days, during which infection can occur, which was not the case with Severe Acute Respiratory Syndrome (SARS).

That means that there could be thousands upon thousands of people that aren’t exhibiting any symptoms at all that are spreading this virus around like wildfire all over the globe right at this moment.

Why didn’t they just tell us the truth right from the beginning?

If they didn’t know what was happening, it would have been okay for them to admit that.  Instead, they fed us bad information that turned out to be completely false.

Chinese officials are assuring us that they have everything under control because they have now locked down a whole bunch of major cities.

But that isn’t going to stop the spread of the virus.  Millions of people left Wuhan before that city was quarantined, and many others have been able to skirt around the travel restrictions quite easily.  The following comes from Zero Hedge…

Yet, but… there is just one problem: the much needed quarantine and lockdown were far too late, because as Wuhan’s mayor Zhou Xianwang revealed on Sunday during a press conference, about 5 million residents had already left Wuhan before the lockdown because of the deadly coronavirus epidemic and the Spring Festival holiday.  As the SCMP reports, many of Wuhan’s residents had already left the city for the holiday, while others rushed out after the lockdown was announced on Wednesday night.

As a result, only 9 million people were remaining in the city after the lockdown, with roughly a third of it, including countless cases of coronavirus, having already spread across China.

This extremely deadly coronavirus, wherever it originally came from, is now out of the bag.

With each passing hour more cases are being confirmed all over the world, and there are now five confirmed cases in the United States.

Life is so fragile, and as the whole world just witnessed, it can end way too soon.  The time of “the perfect storm” is here, and the headlines are only going to become more alarming in the days ahead.

But this is not a time for fear or panic.

Yes, things are going to get a lot worse.

And yes, a lot more people are going to die.

But those that are level-headed have the best chance of making it through any crisis, and giving in to fear or panic is not going to help matters at all.