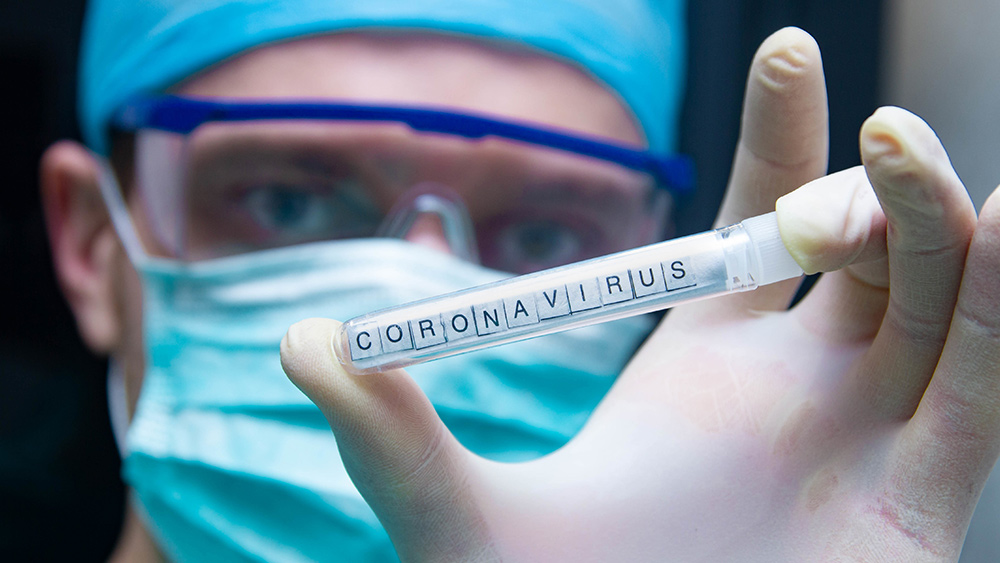 (Natural News) In 2019, a mysterious shipment sent from Canada to China was found to contain hidden coronavirus, which Chinese agents working at a Canadian laboratory reportedly stole, obviously without permission.

Reports reveal that these Chinese agents were working undercover for the Chinese Biological Warfare Program, and may have infiltrated North America for the sole purpose of hijacking this deadly virus in order to unleash it at a later date.

That unleashing could be the coronavirus outbreak that’s currently dominating media headlines – with as many as 44,000 people now infected – despite blame being assigned to contaminated food sold at the Huanan Seafood Market in Wuhan, China – and here’s why.

It was back on June 13, 2012, when a 60-year-old man from Saudi Arabia was admitted to a private hospital in Jeddah with a seven-day affliction of fever, cough, expectoration and shortness of breath. The man had no known history of cardiopulmonary or renal disease, was on no medications, and didn’t smoke, and tests revealed that he had become infected with a previously unknown strain of coronavirus.

However, tests could not reveal where the man had contracted coronavirus. So, Dr. Ali Mohamed Zaki, the Egyptian virologist who was caring for the man, contacted Ron Fouchier, a premier virologist at the Erasmus Medical Center (EMC) in Rotterdam, The Netherlands, for advice.

Fouchier proceeded to sequence a sample of the virus sent to him by Dr. Zaki using a broad-spectrum “pan-coronavirus” real-time polymerase chain reaction (RT-PCR) method to distinguish it from other strains of coronavirus. He then sent it to Dr. Frank Plummer, the Scientific Director of Canada’s National Microbiology Laboratory (NML) in Winnipeg, on May 4, 2013, where it was replicated for assessment and diagnostic purposes.

Scientists in Winnipeg proceeded to test this strain of coronavirus on animals to see which species could catch it. This research was done in conjunction with the Canadian Food Inspection Agency’s national lab, as well as with the National Centre for Foreign Animal Diseases, which is in the same complex as the National Microbiology Laboratory (NML).

NML, it’s important to note, has long conducted tests with coronavirus, having isolated and provided the first genome sequence of the SARS coronavirus. This lab had also identified another type of coronavirus, known as NL63, back in 2004.

Fast-forward to today, and the recent discovery of the mystery shipment containing coronavirus can be traced all the way back to these samples that were sent to Canada for analysis, suggesting that the current coronavirus outbreak was likely stolen as a bioweapon to be released for just such a time as this.

According to reports, the shipment occurred back in March of 2019, which caused a major scandal with biowarfare experts who questioned why Canada was purportedly sending lethal viruses to China. It was later discovered in July that Chinese virologists had stolen it, and were forcibly dispatched as a result.

“The NML is Canada’s only level-4 facility and one of only a few in North America equipped to handle the world’s deadliest diseases, including Ebola, SARS, Coronavirus, etc.,” explains a report by Great Game India, as republished by Zero Hedge.

“The NML scientist who was escorted out of the Canadian lab along with her husband, another biologist, and members of her research team is believed to be a Chinese Bio-Warfare agent Xiangguo Qiu,” it goes on to explain, adding that Qiu had served as head of the Vaccine Development and Antiviral Therapies Section of the Special Pathogens Program at Canada’s NML.

A formerly respected scientist in China, Qiu began studying powerful viruses in 2006. In 2014, many of these viruses she studied, including not only coronavirus but also Machupo, Junin, Rift Valley Fever, Crimean-Congo Hemorrhagic Fever, and Hendra, all suddenly appeared in China as part of a massive hijacking.

Be sure to read the full report at ZeroHedge.com.

You can also keep up with the latest coronavirus news by visiting Outbreak.news.