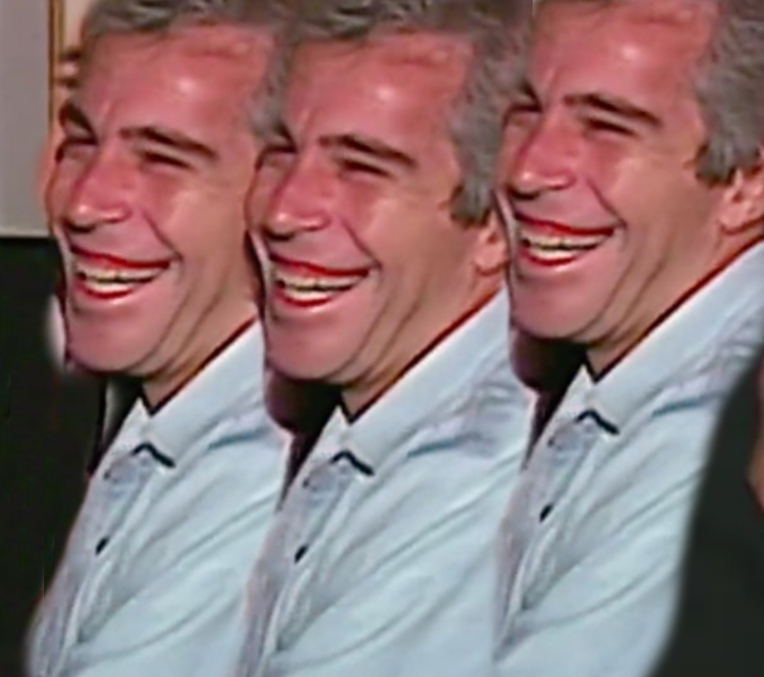 To the Manager Schiff and counsel for the President:

Manager Schiff and Counsel for the President, are you aware that House Intelligence Committee staffer Shawn Misko had a close relationship with Eric Ciaramella when at the National Security Council together, and are you aware and how do you respond to reports that Ciaramella and Misko may have worked together to plot impeaching the President before there were formal House impeachment proceedings?”

Why is that question NOT relevant to the proceedings?

To the Manager Schiff and counsel for the President:

Manager Schiff and Counsel for the President, are you aware that House Intelligence Committee staffer Shawn Misko had a close relationship with Eric Ciaramella when at the National Security Council together, and are you aware and how do you respond to reports that Ciaramella and Misko may have worked together to plot impeaching the President before there were formal House impeachment proceedings?”

In the question, Paul does not identify Eric Ciaramella, a CIA analyst who has been widely reported to be the “whistleblower” whose complaint launched the Democrats’ impeachment proceedings, as the “whistleblower.”

But Roberts has now multiple times throughout the trial censored any mention of Ciaramella’s name, despite his direct involvement in these matters.

Paul also tweeted this after the fact:

My question is not about a “whistleblower” as I have no independent information on his identity. My question is about the actions of known Obama partisans within the NSC and House staff and how they are reported to have conspired before impeachment proceedings had even begun.

I am not qualified to pass legal judgment, but it seemed like a very fair and very pertinent question.

However, Chief Justice John Roberts has surprised us before.

Let’s think back to Roberts and the Obamacare ruling, if you will.

Republicans in Congress had been fighting the law dubbed Obamacare at every turn for two years, and all the GOP presidential candidates in 2012 had vowed to repeal it. And now Roberts, a nominee of President George W. Bush, had saved it.

Going forward, the chief justice would be viewed with skepticism by conservatives, despite also having taken the lead on limiting racial remedies and voting rights, helping roll back campaign finance regulations and voting for stronger Second Amendment gun rights.

Roberts’ moves behind the scenes were as extraordinary as his ruling. He changed course multiple times. He was part of the majority of justices who initially voted in a private conference to strike down the individual insurance mandate — the heart of the law — but he also voted to uphold an expansion of Medicaid for people near the poverty line.

Two months later, Roberts had shifted on both.

The final tallies, 5-4 to uphold the individual mandate and 7-2 to curtail the Medicaid plan, came after weeks of negotiations and trade-offs among the justices.

For those of us who remember The Obamacare debate and Roberts’ stunning reversal, we have questioned his ethics ever since.

Since that time a very interesting document surfaced and Chief Justice Roberts was quick to deny it was, in fact, him listed on that document.

There is no question that there are many men named John Roberts in this world, so there is no way to prove it was our Chief Justice.

He, of course, denied that he flew on The Lolita Express.

To anyone who thinks this might be me, I did not know Epstein, never met him, and certainly never flew on any of his aircraft. pic.twitter.com/sakGSDZTE4

Even if it were him, you wouldn’t expect him to admit it would you?

There is zero proof that Chief Justice John Roberts did, in fact, fly on The Lolita Express.

But keeping in mind that Epstein allegedly catered to VIP types (like Bill Clinton, Bill Gates, Joe Biden, John McCain, Prince Andrew and Jeff Bezos) would anyone be able to say WITH 100% CERTAINTY that it was not our Chief Justice on that flight?

A lot of things would seem to suddenly make sense if he was. 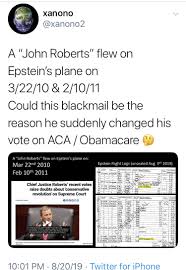 Again, we have no proof that this is the same John Roberts but, that is a damn good question.

If it was Chief Justice John Roberts on that flight, none of his actions should surprise us from here on out.

However, as usual, we will likely never know.