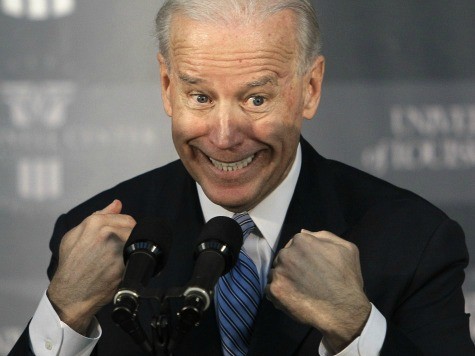 By Washington DC standards, Joe and Jill Biden were paupers. When their son, Beau was terminally ill they considered having to sell their house to help pay his medical bills. According to a Forbes Aug 2019 article:  “When Biden ended his term as vice president in January 2017, he filed another financial disclosure form, listing assets and liabilities worth somewhere between negative $897,000 and positive $489,000”. In other words, they were underwater.

Then a miracle happened. The floodgates opened and money came pouring in. Again from this Forbes 2019 article: “But over the next 23 months, the Bidens earned more than $15 million, according to tax filings.” Supposedly this money came from speaking fees of 2.4 million (wife, Jill even managed $700K), book signings, and a Penn State professorship worth almost a million dollars a year. This doesn’t add up to anywhere near 15 million, so the balance came from somewhere else.

Manna from Heaven (or somewhere)

Over the years, the Bidens had refinanced their family home several times to keep their heads above water, but in 2017 they somehow managed to purchase a 4500 sq ft “vacation home on the water in Rehoboth Beach, Delaware, and pay off a mortgage on their family home. The purchase price for their new home is unknown, but it was previously listed for 3 million dollars.

We now know that Biden’s family was raking in millions and millions of . dollars with lucrative government contracts or shady business dealings. Were they banking Joe’s share and waiting until he stepped out of the political lime light before dealing him in? If so, Joe Biden stepped in it when he threw his hat in the ring for the Democrat nomination for president.

Biden had to know that Hunter Biden’s Ukraine connection would come to light during the primaries or the general election, now that Trump was in the White House. Who did he entrust to keep his the secrets of his corrupt family enterprises?

I suppose Biden expected the media to squelch as much of these stories as possible. He had to breathe a sigh of relief when his party won back the House in 2018. Everything was coming up roses until Pelosi and the establishment politicians from both parties decided it was more important to impeach Trump than to protect Joe.

As the Burisma and China banking scams were unearthed, the public was lead to believe this was all done to help the Biden’s remaining son, Hunter. Somehow, Joe Biden used his political influence to set up his coke-snorting, womanizing, ne’er do well son with a large fortune, while he and the missus were sweating out paying the gas bill. Get real!

Joe Biden Favors Impeachment But REFUSES to Testify at Senate Trial. Why?

Investigators should be looking at the money trail, starting with Ukraine and China, and probably ending up in Joe and Jill’s portfolio.

You should have listened to Obama, Joe. At least he knew when it was time to cut and run!