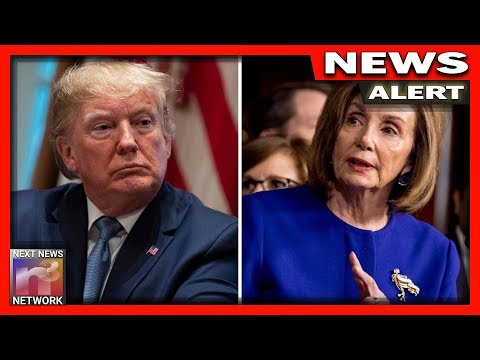 Nancy Pelosi is a desperate woman and it is showing more every single day.

Here’s Josh with a description of her most recent meltdown.

Christina Laila, reporting for The Gateway Pundit, has this description:

House Speaker Nancy Pelosi went on an insane rant Thursday as impeachment imploded in the senate.

President Trump’s defense team absolutely destroyed Schiff and the Dems, causing Pelosi to have a meltdown during a press conference.

A reporter asked Pelosi if Trump will be “chastened” knowing “congress is watching him” or “emboldened” if the senate acquits him.

.@SpeakerPelosi: If the Senate votes to aquit Pres. Trump, he “will not be acquitted” pic.twitter.com/3ovJZA1NrX

Senate Majority Leader Mitch McConnell (R-KY) has the votes to block new witnesses and the impeachment trial should be over by the weekend, according to ABC News.

Tyrant Pelosi tried to drag out impeachment as long as possible by refusing to deliver the articles of impeachment to the senate for 33 days.

The House Democrats’ case was so weak that Trump’s defense team obliterated Schiff and Pelosi in just a few days with facts.

Pelosi has lost it.

The vast majority of Americans see impeachment for what it is — a politically motivated sham.

Yet the Dems march on.

Pelosi & Co. are pot committed and it’s not looking good for them.

Schiff, Nadler and all her lying partners in crime can’t save her.

I just keep waiting for the wicked witch of the west to actually melt down before our very eyes. 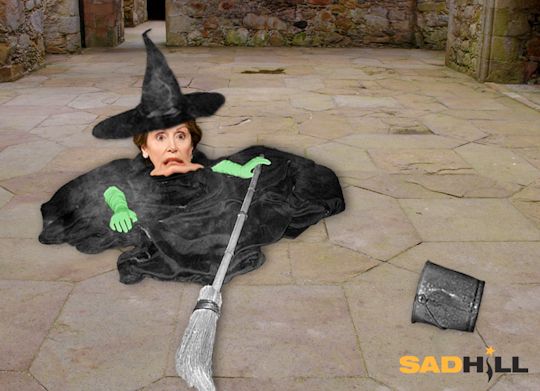 Finally we’d have a real story worth writing about when it comes to Nancy Pelosi.

Quite frankly, her transparency & utter disdain for President Trump are a little boring.