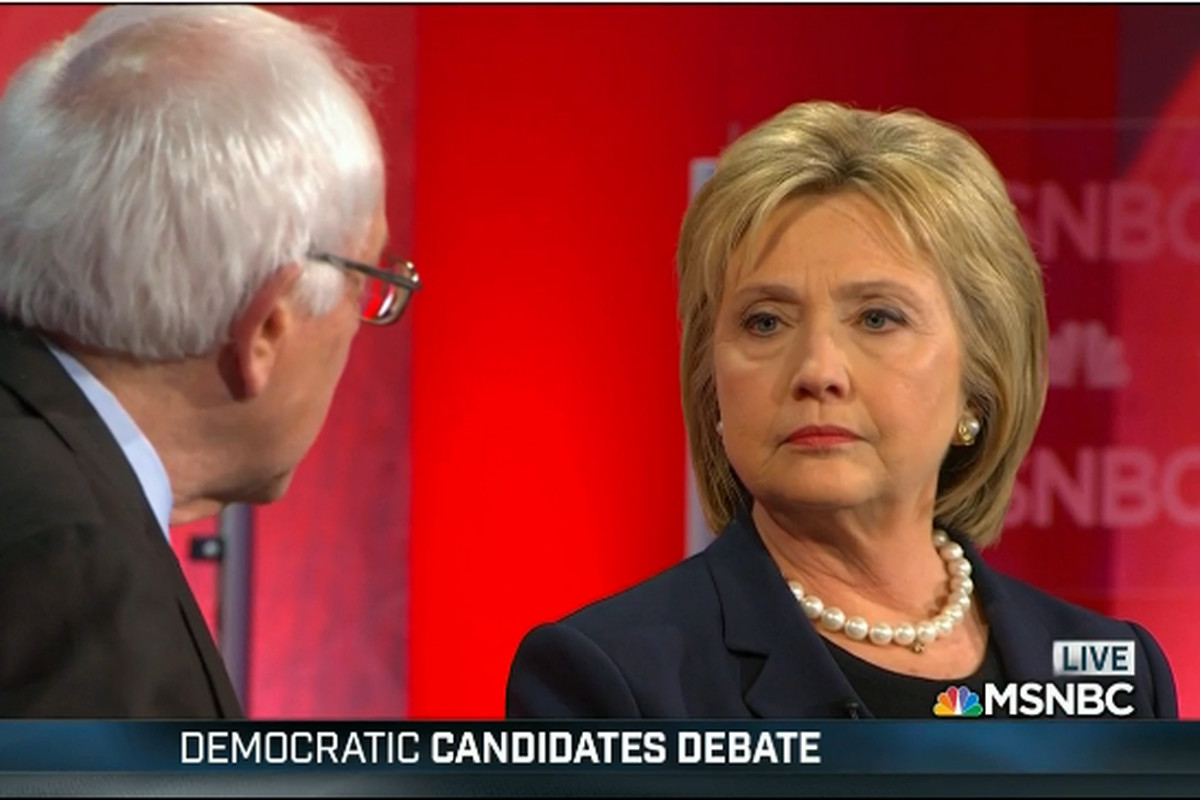 In 2016, most of Bell County, TX, voted for Donald Trump. But in the midst of all that vast sea of Republican red, lay the pool of blue voters in the city of Killeen which came out for Hillary Clinton.

Killeen is one of the Democrat enclaves that the party hopes will flip places like Bell County and Texas. Beto O’Rourke focused on the city of 127,000 as, more recently, did Michael Bloomberg’s campaign.

But Killeen is exceptional not just for its body of Democrats, but because of its diseased bodies.

The Democrat city placed 8th on the list of cities with the highest rates of sexually transmitted diseases. Statistics from the Centers for Disease Control show that with 1,644 STD cases per 100,000, 1,630 gonorrhea cases, and 4,190 chlamydia cases, it’s not just support for Hillary Clinton going viral there.

The causal link between getting gonorrhea and voting for Hillary Clinton may seem incidental, but it’s what the cities with the worst rates of sexually transmitted diseases in America have in common.

The 20 American cities with the highest STD rates are Democrat enclaves. Some, like Killeen or Columbia, are Democrat enclaves within Republican states. Others, like San Francisco and New York City, are blue on blue. But they all share progressive politics and progressing social diseases.

Baltimore is the nation’s capital of STDs. The failed city, whose murder rate reached stratospheric rates after former Mayor Stephanie Rawlings-Blake admitted during the race riots that she, “gave those who wished to destroy space to do that”, not only broke its own crime records with a homicide rate of 57 per 100,000, but also pulled off an STD rate of 2,004 per 100,000. If the bullets don’t get you, the viruses will.

Democrats have not only given Baltimore space to destroy, but also space to infect.

Baltimore’s solidly Democrat precincts have consistently turned over the formerly famed city to Democrats. 84% of its votes were cast for Hillary Clinton. Its last Republican mayor left office in 1967.

And, under Democrats, Baltimore now has the highest murder rate and STD rate in America.

Breathing down Baltimore’s neck, as least when it comes to STDs, is Jackson, Mississippi.

Jackson is currently in the capable hands of Chokwe Antar Lumumba who had vowed to make it, “the most radical city on the planet.” And, if you consider 1,872 STD cases per 100,000 people radical, it is.

Lumumba is the son of Chokwe Lumumba, a black nationalist who named himself after the African Marxist and declared himself the leader of the Republic of New Afrika, a separatist black nationalist breakaway country located in Mississippi and four other states, who also served as Jackson’s mayor.

Lumumba Sr. had boasted of “seizing power from the ground up.” The Lumumbas certainly seized power for themselves. His son is the mayor and his daughter, Rukia Lumumba, is a Warren activist.

Mostly, they’ve seized the Jackson Zoo, which was shut down as a result of a dispute between Lumumba and the zoo. While Lumumba succeeded in seizing all the zoo animals, the zoo is still closed in what, the new management promised back in October, was only a temporary closure of two months. Meanwhile workers have been left without pay or benefits as befits a Marxist black nationalist takeover of a zoo.

“Jackson, Mississippi to be a smaller city with rates that are parallel in larger cities, you have to understand that we really can’t afford an epidemic like this because our infrastructure is not capable of maintaining that type of epidemic,” declared Deja Abdul-Haqq.

While the “zoo crisis” continues to dominate the majority Democrat hellhole, its STD rates hover at 1,872 per 100,000 people. The Republic of New Afrika is not only the most radical city in the country, it’s the city with the second highest rate of STDs.

In 3rd place, is Philadelphia, the site of the 2016 Democratic National Convention, which boasts 1,822 STD cases per 100,000 people who have misunderstood the City of Brotherly Love’s Latin name.

Philly’s last Republican mayor left office in the fifties. And while it’s tempting to attribute the high disease rates to the convention which made Hillary the Democrat nominee, it may not be that simple.

Higher gonorrhea and chlamydia rates are the new normal in Philly. Perhaps, a bonus left behind by the Democrat delegates who spread their ideas and their diseases in the City of Brotherly Love.

A number of the cities that have hosted DNC conventions do appear on the list of top 20 STD cities.

That includes Denver, New York, and San Francisco. But Milwaukee, the site of the 2020 Democrat convention, is already on the list of top STD cities before a single 2020 Democrat has even arrived,

In seventh place, Milwaukee is preparing to greet DNC convention goers with 1,657 STD cases per 100,000 people. Bernie supporters will also be able to thrill to Milwaukee’s 10,928 chlamydia cases, while Biden backers will have to settle for its 4,706 gonorrhea cases. But, as a bright spot, there seems to be a lot less syphilis in Milwaukee, for Warren enthusiasts, than there was in Philadelphia.

Behind Philly though comes San Francisco. Civilization and public sanitation have broken down in San Fran. But, shockingly, the outpost of progressive politics, still has slightly fewer chlamydia cases than Milwaukee. As conventions decamp and head to safer places, the City by the Bay’s STD rate of 1,754 per 100,000 is almost as much of a deterrent as its overpriced hotels and unsanitary streets.

Once upon a time, hippies were supposed to wear flowers in their hair when coming to San Fran. The 5,775 gonorrhea cases suggest that the flowers have wilted and another sort of flower is blooming.

Montgomery’s Mayor Steven Reed won in part by becoming famous as the first probate judge in Alabama to issue gay marriage licenses. Virtue signaling however hasn’t saved Montgomery from its 1,731 STD rate per 100,000. Augusta’s Hardie Davis made headlines by supporting Bloomberg. Maybe Bloomberg can fix Augusta’s 1,675 STD cases per 100,000. But banning salt and sodas won’t do it.

Shreveport, Louisiana’s ruling Democrats have declared their “Summer of Resistance”. As number 9 on the STD countdown, what they’re not resistant to is sexually transmitted diseases. Shreveport has been ruled by Democrats since 1998. Instead of resisting President Trump, they might want to resist their 1,615 STD rate per 100,000 people.

Indianapolis takes tenth place for cities with the worst STD rates which means the DNC is eventually bound to host a convention there.

New York’s Bronx and Manhattan boroughs occupy the 11th and 13th places of national dishonor. During the progressive era of governance in the region, gonorrhea cases rose from 20,054 to 23,721 in the New York, Newark and Jersey City area, and chlamydia went from 93,515 to 112,808.

The price of social justice is social disease.

In at number 14 is Tallahassee, Florida: which has consistently voted Democrat in nearly every presidential election in the last hundred years. The city is famous for its progressive politics, and 1,502 STD cases per 100,000 people.

Tallahassee’s former mayor, Andrew Gillum, became the Democrat choice for Governor of Florida. He lost, weighed down by an FBI investigation and a city that is a complete and total disaster.

Washington D.C., the imperial city of our progressive government, where drug dealers rub shoulders with EPA bureaucrats, comes in at number 17. Despite its pretensions to running the lives of every American, D.C. boasts 1,392 STD cases per 100,000 people. D.C. also boasts an incredible 17,480 chlamydia cases and 6,801 gonorrhea cases. Maybe D.C. ought to cure itself before regulating America.

There’s no way to know for sure if the two are related.

In 4 years, the rate of gonorrhea tripled.

When President Trump calls it a swamp, he’s not joking. It may be necessary, for public health reasons, to drastically reduce the number of leftist protests in the nation’s capital to stop this STD epidemic.

It may be best to shut down D.C. until we can figure out what’s going on there.

Rounding out the top 20 are other Democrat cities, Columbia, South Carolina, along with, Birmingham, Alabama, and Denver, Colorado. And below them unfurl a list of other Democrat metropolises.

But the city with the 22nd worst rate of STDs in America deserves special mention.

Home of the Clinton Presidential Library, and the Clinton School of Public Service, Little Rock, Arkansas boasts an STD rate of 1,357 per 100,000 people. Our nation’s 42nd president has left his mark there.