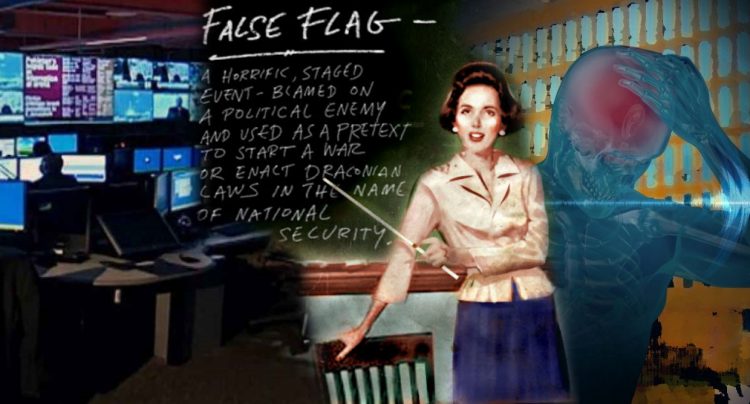 FBI Fusion Centers, Neuroweapons used on US citizens by our government without their knowledge and false flags: all of these are things currently being conducted in our midst. Former National Security Agency (NSA) analyst and whistleblower Karen Stewart joins me in this episode of Sons of Liberty Radio to talk about these things and her experience on the inside of the NSA when confronting corruption.

Other vital information on this issue.

Research on brain implants, chips, electrodes, or stimoceiver-like technology (what Yale’s Dr. Jose Delgado was implanting and researching in 50s – ?) never stopped and continues with great fervor and billions in funding. Here are a few articles discussing some of this research (this is the info that is easily found with simple ‘Google’ searches, so what “research” aren’t we being told about ?):

1.  https://www.technologyreview.com/s/614495/us-military-super-soldiers-control-drones-brain-computer-interfaces/
2.  https://www.bloomberg.com/news/articles/2019-06-10/upgrade-your-memory-with-a-surgically-implanted-chip
3.  https://gizmodo.com/tag/brainchips – Essential-viewing:  Multiple articles on ‘brain chips/implants/electrodes’
4.  https://www.defenseone.com/technology/2014/05/D1-Tucker-military-building-brain-chips-treat-ptsd/85360/
5.  https://www.theatlantic.com/magazine/archive/2018/11/the-pentagon-wants-to-weaponize-the-brain-what-could-go-wrong/570841/
6.  Many people know about Dr. Jose Delgado’s research with brain chips/implants/electrodes (at least some of them were called ‘stimoceivers’) at Yale University in New Haven, CT and possibly in Spain.  But, there was another researcher, Dr. Robert Heath, who was affiliated with Tulane University, in New Orleans, LA, who was also researching his own brain chips/implants/electrodes, around the same time as Dr. Jose Delgado, yet Dr. Robert Heath’s research is not mentioned frequently enough:
https://ahrp.org/1950-1980-dr-robert-heath-surgical-explorations-in-brain-physiology
7.  Finally, here’s a seminal 2005 Scientific American article entitled, “The Forgotten Era of Brain Chips – The work of Jose Delgado, a pioneering star in brain-stimulation research four decades ago, goes largely unacknowledged today. What happened ?”:
https://www.wireheading.com/delgado/brainchips.pdf
Truth is, the research never stopped and continues unabated today, as all the aforementioned articles make very clear.  I think the framing of the research on brain chips/implants/electrodes/stimoceivers as “a forgotten era,” is misleading, at best.
8.  Typically, I appreciate John Horgan’s articles on neuro-biology/science, and given my science background is not advanced, I appreciate Horgan’s insight and breaking down of topics that would otherwise be too difficult for me to grasp (especially with my unique “challenges”).  Here’s one good example of some of Horgan’s better, somewhat recent, articles on the BRAIN Initiative:
https://blogs.scientificamerican.com/cross-check/why-you-should-care-about-pentagon-funding-of-obamas-brain-initiative/
9.  Finally, while I do have a significant issue with the way John Horgan framed his article about Dr. Jose Delgado, as the researchers have never “forgotten” about the research they were doing every day, he does have a lot of good insight, at least insight for a lay person, like myself, trying to keep up with the research, including this article: