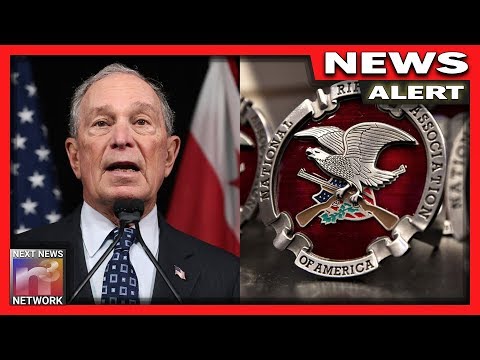 Michael Bloomberg doesn’t give up easily.

That would be a good thing if he weren’t totally opposed to the right of the people to keep and bear arms.

He paid lots of money to spread his propaganda at the Super Bowl.

Here are some details from Ryan Saavedra…

The National Rifle Association (NRA) fired back at Democrat presidential candidate Mike Bloomberg on Sunday after Bloomberg aired a wildly misleading ad during the Super Bowl attacking the Second Amendment.

The NRA’s ad came in response to a misleading $10 million ad that Bloomberg ran during the Super Bowl that made wildly falsely claims about the number of children killed by firearms every year.

Anyone else find it amusing that the anti-gunners can NEVER seem to create a point without engaging in lies?

Your $10M #SuperBowl ad won't beat the American spirit. You want to take our guns, go ahead and try. We will fight for our freedom. #SuperBowlLIV #GAOS2020 pic.twitter.com/Bq8bNUqpCn

Bloomberg has been spreading lies, distortions and propaganda for too long.

The truth is that guns save lives of innocent people every day, and there is no way we are giving up our rights without a fight.

Guns save innocent lives, often times without a shot being fired.

If Bloomberg, with his entourage of armed bodyguards, wants our guns…

…let him come take them.

I predict it won’t end well.