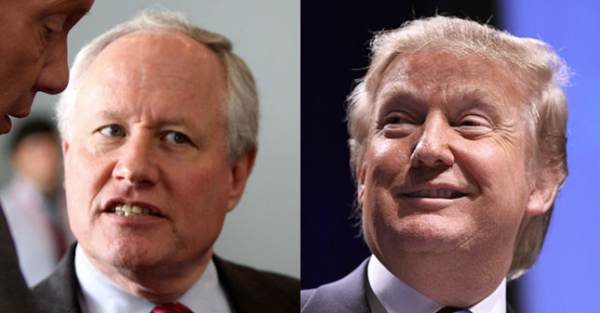 Bill Kristol has always made it clear, to most, that he was a liberal pretending to be a neo-con.

America is smarter than that.

And there it is… Leading Never-Trumper Bill Kristol came out on Saturday as a Democrat.

The once outspoken conservative lost his grip after President Trump’s ascendance in the Republican Party.

And on Saturday he finally admitted he was now a Democrat.

Bill is a socialist now.

Not presumably forever; not perhaps for a day after Nov. 3, 2020; not on every issue or in every way until then. But for the time being one has to say: We are all Democrats now.

President Trump gave a shout-out to Bill Kristol and his conservative Weekly Standard magazine after its collapse in 2018.

The pathetic and dishonest Weekly Standard, run by failed prognosticator Bill Kristol (who, like many others, never had a clue), is flat broke and out of business. Too bad. May it rest in peace!

Trump supporters should not be surprised with this weekend’s announcement. Bill admitted to his inner socialist in November 2017.

Kudos to Mr. Kristol for finally admitting the truth.

No word yet on whether the Democrats actually want him.

Bill Kristol has always been quirky, but he started to show his true colors when Trump took center stage.

Bill Kristol is the one who America finds embarrassing.

This guy is so filled with hate for America that he may be too far left for most liberals.

Hopefully they don’t lock you out, seeing as how feeling relevant is so important to you.

What a POS! (Piece of Slime)