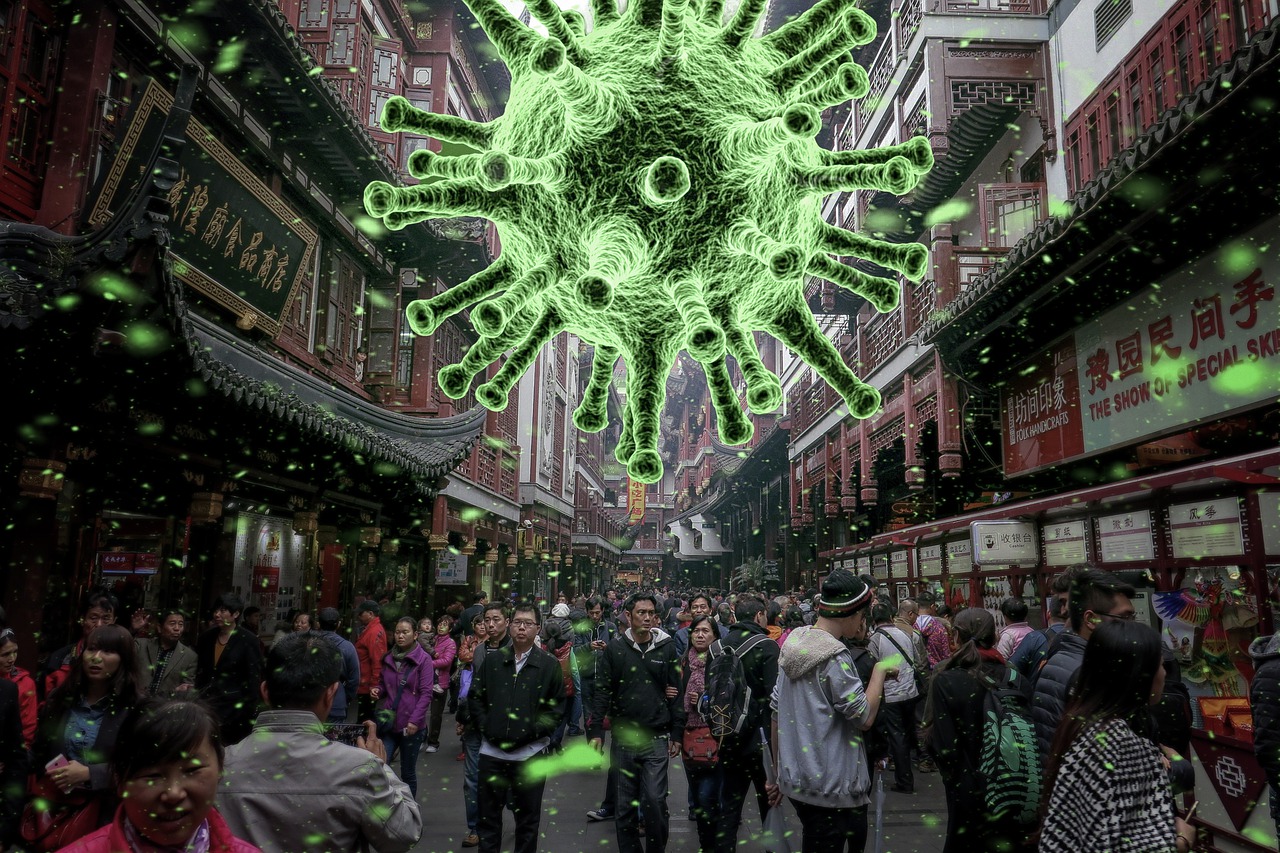 Initially, a lot of people were trying to convince us that this mysterious new coronavirus was not much of a threat.  Those people have now been proven wrong, and the number of cases continues to escalate at a staggering rate.  We should still hope that the measures that are being taken to reduce the spread of the virus will work, because nobody should want to see this develop into a full-blown worldwide pandemic.  But at this point it has become clear that this outbreak is not going to be easy to control.  The virus spreads very easily from person to person, it can survive for up to five days on surfaces, it has an incubation period of up to 14 days, and people can spread it even if they aren’t showing any symptoms at all.  That makes this an exceedingly dangerous virus, and we will be talking about this crisis for a long time to come.

The best time to stop an outbreak is when the number of cases is still very small, but we are already past that point.

In fact, the number of confirmed cases has more than quadrupled over the last week alone.  The following comes from NPR…

China says it has more than 20,000 confirmed cases of the Wuhan coronavirus, representing a huge leap from the 4,400 cases reported as of last week. Chinese health officials said Monday morning that 2,829 new cases had been diagnosed in the previous 24 hours alone.

Outside of mainland China, nine countries or regions are reporting double-digit cases of the coronavirus, led by Japan with 20, according to a global dashboard created by the Johns Hopkins Whiting School of Engineering.

Even more alarming is the dramatic spike in “suspected cases” that we have been witnessing.  At this point, China has 171,329 cases “under observation”, and it is inevitable that many of them will eventually become “confirmed cases” in the days ahead.

Here in the United States, the number of victims is now in double digits, and we just learned that a second case of human to human transmission inside this country has been confirmed by the CDC…

The Centers for Disease Control and Prevention (CDC) on Monday confirmed the second person-to-person transmission of novel coronavirus in the U.S., marking the tenth and eleventh cases of the pneumonia-like illness in the country.

The two cases occurred in a husband and wife in California, said Nancy Messonnier, the director of the National Center for Immunization and Respiratory Diseases, which is a part of the CDC, during a Monday telebriefing.

During the very early days of this outbreak we were told that it was very unlikely that this virus could be transmitted from human to human.

But now we know that those that have been infected can spread it to others very easily.

And up until just recently we were told that it was very unlikely that you can get this virus by touching a random surface, but now it has been announced that this virus “can survive for five days maximum on smooth surfaces under suitable circumstances”…

According to the Global Times, new ways of transmitting the coronavirus have been reported, and virus nucleic acid has been detected outside human bodies, sparking public fears that the virus could be transmitted in unknown and undetected ways. Concerns emerged after scientists found coronavirus nucleic acid on the doorknob of a confirmed Guangzhou-based patient’s house, the first case of novel coronavirus detected outside the human body, Guangzhou Daily reported Monday. The finding was confirmed by China’s Health Commission, which said on Monday that the coronavirus can survive for five days maximum on smooth surfaces under suitable circumstances.

That would mean that mobile phone screens, computer keyboards, faucets and other household objects may indirectly transmit the virus, experts said.

If the coronavirus starts spreading like wildfire in the United States, people are going to be afraid to touch anything while they are out in public.

And many people will not want to venture out in public at all.

We better hope that authorities can keep the number of U.S. cases very low, because this has the potential to set off societal panic on a very large scale.

Thankfully the Trump administration has taken bold action in recent days, but the Chinese are accusing our leaders of spreading panic…

Washington has “unceasingly manufactured and spread panic,” Chinese Foreign Ministry spokeswoman Hua Chunying said, noting that the World Health Organization had advised against trade and travel restrictions, according to Reuters.

“It is precisely developed countries like the United States with strong epidemic prevention capabilities and facilities that have taken the lead in imposing excessive restrictions contrary to WHO recommendations,” she added, saying countries should make reasoned and science-based judgments.

Are we supposed to just continue to allow people to fly directly from China to major cities all over our country when people are literally dropping dead on the streets of Wuhan?

The latest video from China that has created a major sensation on social media allegedly shows a pile of eight dead bodies in body bags in a bus outside of a hospital in Wuhan.  Unfortunately, Chinese authorities decided to arrest the whistleblower that took the video…

A whistleblower has allegedly been arrested in China after secretly filming ‘piles of body bags at a hospital in coronavirus-stricken Wuhan’.

Shocking footage – which MailOnline has been unable to verify – appears to show eight bodies in a bus outside the locked-down city’s Number Three hospital.

The recorder also claims he has seen more bodies inside waiting to be transferred.

If there are this many dead bodies at just one hospital, that would seem to indicate that the official death toll figures that we are being given each day by Chinese officials are way too low.

With each passing day, it is becoming more obvious that this is a very dangerous virus.  And as Mike Adams has brilliantly documented, there is now a tremendous amount of evidence that this virus did not come into existence by accident.

Millions of Chinese people have been ordered to stay in their homes tonight as health bosses try to disinfect an entire city ravaged by coronavirus.

Trucks will drive around spraying disinfectant through the streets of Huangshi, a city of 2.7 million in Hubei province that neighbours the outbreak’s epicentre, Wuhan.

If this virus was only about as dangerous as a common flu, the Chinese would not be doing this.

Global events were already starting to accelerate coming into this year, and now this coronavirus outbreak threatens to create a horrific worldwide crisis.

But we aren’t there just yet.

Hopefully the steps that governments around the world are currently taking will help to contain the spread of this disease.

But right now this outbreak is getting worse with each passing day, and it certainly isn’t going to take much to set off a major wave of panic.