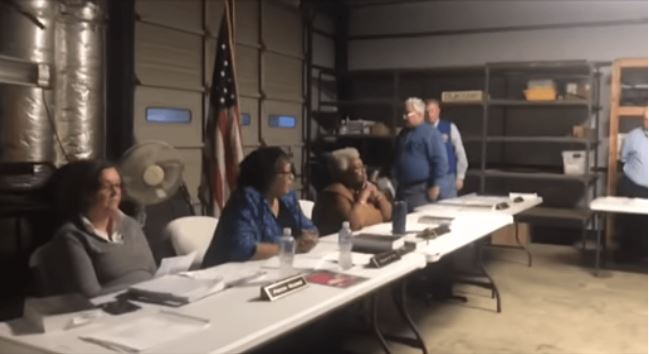 Opinion| Mark Sidney| What is that line that I like to repeat all the time?

Oh yea, ‘when someone shows you who they are … BELIEVE THEM.’

Those of us on the so called ‘political right’ are generally proud to be American, and despite our nations faults, and we have plenty of them, do not get me wrong (how about that $23,000,000,000,000 and counting national debt for starters), conservatives and libertarians are generally happy to identity as Americans, and are not out burning flags, rather many of us like to display the flag with pride.

I think it is important to points out that I do believe that every human being is endowed by their creator with certain inalienable rights, and among these is the God given right to engage in any and all types of political speech (excluding speech which encourages violence against others.)

I also think that burning your nation’s flag is part of that right.  However, just because you have the right to do something does not mean that doing so is a good idea.  Remember, freedom is the right to make choices, both good and bad, both right and wrong.

I also do not think that anyone should be forced to recite the pledge of allegiance.  A lot of people do not know the history of the Pledge of Allegiance, the current version of which was written by ‘Francis Bellamy n 1892, and formally adopted by Congress as the pledge in 1942.  The official name of The Pledge of Allegiance was adopted in 1945. The most recent alteration of its wording came on Flag Day in 1954, when the words “under God” were added’ according to Wikipedia.

Wikipedia reminds us that ‘Francis Julius Bellamy (1855–1931) was an American Christian socialist minister and author.’

Thus I find it pretty ironic that Democrats get so triggered by the reciting of the pledge these days.  I guess it is just another example of how far the left has regressed.

The left’s distain for America was on full display at’… a local board of elections meeting in Bladen County, North Carolina, on Tuesday when three Democratic members of the board voted down a proposal to add the Pledge of Allegiance to the agenda.

The vote prompted an audience-member-led recitation — and the Democratic chairwoman threatened to call the police if anyone did the same at the next meeting, according to the Washington Free Beacon.

The board of elections meeting for the county had been attended and filmed in its entirety by a local reporter for the Bladen Online media outlet.

The first order of business raised at the meeting was in regard to the Pledge and was raised by board member Emory White, a military veteran. Only White and the other Republican on the board, fellow veteran Michael Aycock, voted in favor of adding the Pledge to the agenda, while chairwoman Louella Thompson and fellow Democratic board members Deborah Belle and Patsy Sheppard voted against it.

A few moments after that vote, the floor was opened up for attendees to address the board with any questions, and several people spoke out in opposition to the decision to not recite the pledge prior to the start of board meetings, as is done with an opening invocation.’ The Western Journal is reported.

Luckily there is actually a video of the incident which you can watch below:

In the video below you can watch an older gentleman talking about the history of the pledge, how Eisenhower, a Republican President, oversaw the alteration of the pledge to include the words ‘under God’, and why he believes the pledge should be recited, as if reaffirms the oath that elected officials had sworn to uphold the constitution of the United States.

As the video progresses, many citizens get up and voice their opinions on whether or not the Pledge should be recited. Then one gentleman, who is in favor of the pledge stands up voices his support for reciting the pledge before the meeting, and then begins to repeat the oath and invites members to join him, and it seems as if most, if not all, of the citizens, and the 2 Republicans on the board also stand and do in fact join him in reciting the Pledge.

Notably the 3 Democrats in the local government remain seated and silent.

One of the Democrat board members then calls for a brief recess, which is granted.

WJ explains: ‘However, at the tail end of the meeting, just before it was adjourned, Thompson raised the issue of the earlier “disruption” regarding the pledge.’

“The next meeting, if that happens again, law enforcement will be called because it is against the law to disrupt a meeting that is going on, and that is what happened today with the reciting of the pledge,” Thompson said.

“So be prepared for that.”

Why Democrats seem to get so triggered by anything that has to do with America or supporting our Constitution I do not know. I have a theory as to why tho … but I will let you draw you own concussions.

I know this sounds hard to believe, that is why we have included the video below: 16:25 Pledge of Allegiance starts.