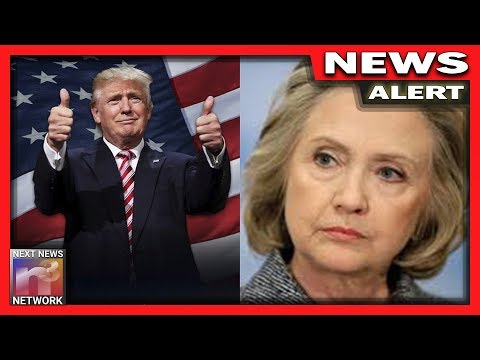 When will Hillary Clinton learn?

The vast majority of Americans don’t care what she thinks, minus a small minority of liberals.

But even the liberals don’t back her anymore.

Here’s Gary with the latest Hillary rant, that we only print because MOST Americans hate her and enjoy watching her continued meltdown:

The Washington Examiner has more…

Former Secretary of State Hillary Clinton ripped Senate Republicans after they voted to acquit President Trump on two impeachment charges of obstruction of Congress and abuse of power.

“As the president’s impeachment trial began, Republican senators pledged an oath to defend the Constitution,” Clinton tweeted. “Today, 52 of them voted to betray that oath—and all of us. We’re entering dangerous territory for our democracy. It’ll take all of us working together to restore it.”

Clinton, 72, lost to Trump, 73, in the 2016 presidential election and has spent much of the time since repeatedly claiming she actually won because of the popular vote. Last week, she said attacks from Sen. Bernie Sanders’s supporters were part of the reason she was unsuccessful in 2016.

Clinton faces a $50 million defamation lawsuit that Democratic Rep. Tulsi Gabbard of Hawaii is bringing against the former first lady after she called Gabbard a “Russian agent” in 2019.

As the president's impeachment trial began, Republican senators pledged an oath to defend the Constitution.

Today, 52 of them voted to betray that oath—and all of us.

We’re entering dangerous territory for our democracy. It’ll take all of us working together to restore it.

Again, even the liberals don’t much care about Hillary at this point.

The only thing that keeps her in the news is America’s overall hatred for HRC.

The only thing truly interesting about The Clintons is who they will have “Arkancided” next.

This woman needs to shut her mouth, run her crooked financial scams, and simply fade away.

That said, I’m sure a lot of conservative Americans would love to see her somehow jump into the 2020 race so Trump can beat her down again.

It’s doubtful she could even gain the nomination of her own party.

And with this latest crop of yahoos that is pretty sad.