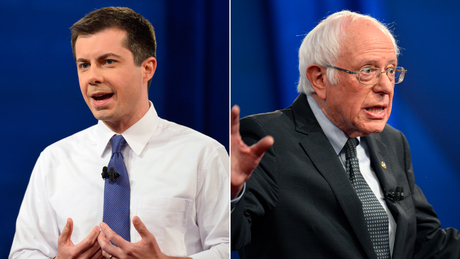 Every single day the political landscape in America grows more and more bizarre it seems.

In the old days we could disagree with our party on some key issues and still consider ourselves to be strong supporters.

For example, I disagree with Trump or other Republicans often.

So far I haven’t been told to “get out” for doing so.

But, Democrats are telling millions of Pro-Lifers to get out, seriously.

Until recently, I spent much of my time working hard to elect Democrats to public office — but the early presidential campaigning pushed me away from the party, as well prompting my resignation from the board of Democrats for Life, where I had served since 2014.

For someone who is progressive on most issues, this decision doesn’t come easy. Like most Democrats, I believe government has an energetic role to play to support women, families and children. I support paid family leave, help with unaffordable child care, labor union rights, the Affordable Care Act, child and adoption tax credits and much else of the kind.

I’m worried about climate change. I’m an outspoken vegetarian. I believe in welcoming refugees and immigrants. I oppose needless wars.

But the party gave me no choice. Yes, ours was a small group, but as many as a third of Democrats identify as pro-life. Even when party leadership finally met with us, they didn’t take us seriously.

When we showed them that pro-life Democrats would beat Republicans in certain districts, it didn’t matter. Even when we called for more reproductive choices for women with difficult pregnancies through services like perinatal hospice care, party leaders ignored us.

Anything even hinting that abortion is less than good now violates party orthodoxy.

Normally, Democrats are the party of energetic government protecting the vulnerable from violence. But when it comes to abortion, elite Democrats turn into hard-core libertarians, believing the state has no business getting involved in the private choices of individuals. Abortion is merely “health care,” and the unborn child, unimaginably vulnerable even when wanted, is made invisible and violently discarded.

On this topic, at least, the party has dug in on the side of what Pope Francis calls the “throwaway culture” — the troubling modern tendency to discard people seen as inconvenient. The Democratic elite even rejects conscience protections for medical practitioners who object to abortion. Opposition to taxpayer-funded abortions, once acceptable, has become taboo.

Bernie Sanders is so evil that he likely wants abortions for selected adults as well.

Those are your current front runners.

There are lots of Democrats in local and state offices that are pro-life.

Why are National Dems trying so hard to leave so many behind?

It certainly grows more curious by the day.

Abortion is a crime against a fellow human and an abomination in the eyes of Our Creator.

How do you think God likes hearing, “no thanks we don’t need this baby”?

How do you think God looks upon a country that has murdered in excess of 50 million babies?

That article is from 5 or more years ago.

Democrats are saying that anyone that values the life of an unborn child can no longer call themselves Democrat.

What in the hell is happening in America?

I have to think the end is near.

Get right with God and prepare.