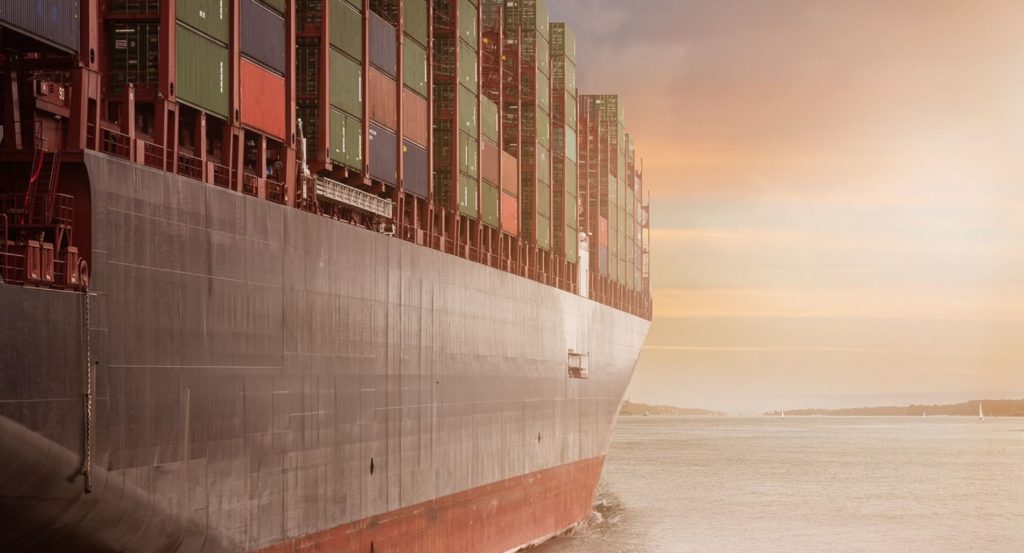 China has now placed hundreds of millions of its citizens under quarantine, leaving its economy grinding to a halt.

Workers can’t leave their homes. Factories are idle. Most (if not all) of China’s ports are no longer shipping. International flights are increasingly banned from the country.

As PeakProsperity.com’s Chris Martenson details below, when the world’s #2 economy hangs up a big “CLOSED” sign, that’s going to result in a major negative impact on global trade.

As the manufacturing powerhouse to the world, you’ll be challenged to think of ANY industry that won’t experience serious supply chain interruptions and shortages from China’s woes. For instance, did you know China makes the vast majority of our prescription pharmaceuticals?

A MASSIVE hit to the global economy will directly result from the damage the Wuhan coronavirus is currently doing. And it may get worse, a lot worse, as The Telegraph’s Ambrose Evans-Pritchard points out, “the longer Beijing enforces curbs on work and travel, the greater the global economic shock.”

The Chinese economy is 17pc of the world economy and deeply integrated into international supply chains. It was just 4.5pc of world GDP during the SARS epidemic 2003, which some like to use as a reassuring template. You cannot shut down China for long these days without shutting down the world.

Wednesday’s investor euphoria at reports of two new wonder drugs from Zhejiang University show how badly unhinged the market has become. This is not the way that medical science advances. Nor could these anti-virals possibly be ready, in time and at scale, to avert serious economic upheaval.

The open question is whether the coronavirus shock is enough to abort the fragile economic recovery underway since last summer’s near miss, when frightened central bankers in the US, Europe and 47 other jurisdictions cut rates in a drastic monetary U-turn.

Personally, I think the glacial SARS episode tells us little about the fast-spreading Wuhan virus. The 2019-nCoV variant is more akin to the Spanish Flu pandemic of 1918.

In fact, as Goldman noted here, the overall impact on global growth is about a 2% cut in Q1…

Of course, Goldman’s baseline assumption is that the “aggressive response from the authorities in China and elsewhere will bring the rate of new infections down sharply by the end of Q1.” If so, global economic activity should normalize in subsequent quarters.

… it will be another two weeks or so before we start to receive traditional macro data that could show a direct impact from the coronavirus outbreak and associated containment measures. Until then, market participants will need to continue to rely on sector-specific information such as news reports on factory closures and high frequency trackers of things like passenger travel and utility consumption.

But what if the virus is not “cured” by then? And what if the money-printing can’t save the world’s workshop?

As AEP points out, there is no global economic safety margin.

Both the US Federal Reserve and the European Central Bank have already relaunched quantitative easing – a bizarre thing to do if the US economy is really doing as well as Donald Trump claimed in his State of the Union address. Clearly US strength is a late-cycle illusion. Exhaustion has been masked by both by a blast of monetary stimulus and a fiscal deficit near 5pc of GDP.

The scale of disruption in China is already staggering and is already spreading worldwide… and fast, as Mike Shedlock details below, China is effectively shut down, and goods are now stranded in floating quarantines.

Nearby countries like Japan and South Korea are hit hardest but Global Shipping Disruptions will spread fast.

About 80% of world goods trade by volume is carried by sea and China is home to seven of the world’s 10 busiest container ports, according to the United Nations Conference on Trade and Development. Nearby Singapore and South Korea each have a mega port too.

“A closure of the world’s manufacturing hub impacts container shipping at large, as it is a vital facilitator of the intra-Asian and global supply chains,” said Peter Sand, chief shipping analyst at BIMCO, an international shipping association. “This will affect many industries and limit demand for containerized goods transport,” Sand told CNN Business.

The shutdowns mean that some ships can’t get into Chinese ports, as the loading and discharging of goods slows, said Guy Platten, secretary general of the International Chamber of Shipping, a trade body. Others are stuck in dock, waiting for workers to return to ports so that construction and repairs can be completed, Platten added.

Still more vessels are idling in “floating quarantined zones,” as countries such as Australia and Singapore refuse to allow ships that have called at Chinese ports to enter their own until the crew has been declared virus-free, added Sand. Platten said he knew of at least one crew that is running low on food because their ship has been idled for so long.

Giant shipping companies such as Maersk, MSC Mediterranean Shipping, Hapag-Lloyd and CMA-CGM have said that they have reduced the number of vessels on routes connecting China and Hong Kong with India, Canada, the United States and West Africa.

IAG Cargo, the air cargo arm of British Airways parent IAG, on Monday canceled all services to and from mainland China for at least the remainder of the month, citing a UK government travel advisory, according to a statement on its website.

Shipping Down 20% in China Ports

“The full impact of the Chinese coronavirus outbreak on container volumes will not be fully measurable until ports announce their throughput numbers for the first quarter, but data collected on weekly container vessel calls at key Chinese ports already shows a reduction of over 20% since 20 January,” Paris-based Alphaliner said in the report, released late Tuesday.

“As far as box volumes in China, we see a fall of around 23% over the past three weeks as the country is gradually shutting down,” said Wang Lei, a broker in Shanghai, the main gateway for Chinese exports and the world’s busiest seaport with some 42 million containers a year.

“Workers from crane operators to customs officials and truck drivers are staying home,” Mr. Lei said. “It’s always slower during the Lunar New Year holidays, but this is something else. People are afraid to interact and it’s killing business.”

Am informed from my industry network in Asia about 2/3 of Chinese industrial supply chains to Japan already shut down, almost complete shutdown to So.Korea. Impact on Taiwan, Germany, other big manufacturing exporters must also be severe. Hit to Q1 global GDP? https://t.co/WihMW1CwpL

1Q factory orders in Germany & Europe will likely get it much harder. China is Germany’s #3 export market . . . pic.twitter.com/K2XEkljxN1

Nobody knows how long would 2019-nCoV pandemia last, but it might be long enough to make end manufacturers trigger permanent relocation of supply chains, rather than consider it a temporary interruption.

Nobody knows how long would 2019-nCoV pandemia last, but it might be long enough to make end manufacturers trigger permanent relocation of supply chains, rather than consider it a temporary interruption.

And most stunning of all, The Baltic Capsize Index is Negative…

The Baltic Exchange’s capesize index, which constitutes part of the Baltic Dry Index—an important proxy for the world’s shipping market—extended deeper into negative territory Monday, after slipping below zero for the first time ever on Friday.

Capesize vessels move products such as iron ore and coal from mines in Latin America and Australia to Europe and China. The index tracking them plunged from minus 21 points to an all-time low of minus 102 on Monday, a Baltic Exchange spokesperson said.

The broader Baltic Dry Index, which tracks global shipping rates, fell to 466 on Monday, its lowest level in four years.

If the rate is negative, someone is paying you to take the ship.

For now, The Telegraph’s AEP concludes, global markets remain in Pavlovian mode. There will always be more Chinese stimulus. Uncle Xi will always look after everybody. Close China-watchers – and some very sharp scientists – suspect that this latest flurry of optimism is just a lull before the thunderstorm.

“It’s now clear that coronavirus is a serious event risk to the entire world and that financial conditions are tightening very quickly,” said Edward Harrison from Credit Writedowns.

The channel of financial contagion runs from the epidemic through the oil price to a “bear market rout” in the broader energy sector, and from there to overstretched US junk bonds. “High yield is where the rubber hits the road,” he said.

The airlines, carmakers, and phone makers are already in trouble, especially Hyundai and Apple. The list of companies that so far have indicated that Q1 business operations will be impacted cut across a number of industries. So far the list includes – Delta, American, United, GM, Ford, Tesla, Google, Starbucks, McDonalds, Boeing, Nike, Wynn Resorts, Hilton Hyatt and Marriott – and the list will undoubtedly grow in coming months.

Shipping disruptions to the US will hit the West coast ports no later than March.

But hey, let’s pretend this is no worse than an average flu…