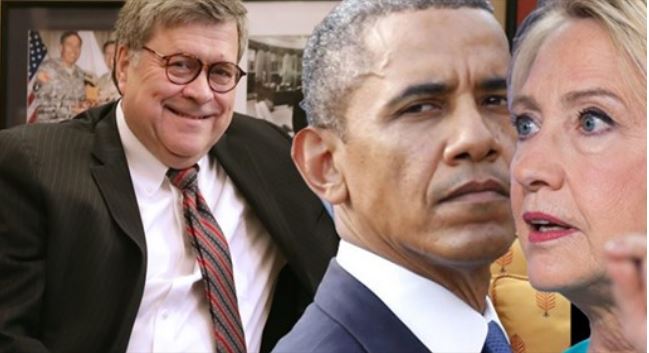 Opinion| Mark Sidney| After all these years, it certainly does appear that we are now, finally, cooking with gas.

I have to admit that I have been getting a little skeptical when it comes to the notion that anyone is ever going to be held accountable for the crimes that we are 99% sure were committed during the previous administrations.

I went from being very worried when I saw this report from Paul Sperry:

‘BREAKING: Carter Page revealed on John Solomon Reports podcast that special Spygate prosecutor John Durham’s team has not contacted him for an interview or asked him for any docs or records, even tho Durham is believed to be investigating FBI officials who illegally spied on Page’

BREAKING: Carter Page revealed on John Solomon Reports podcast that special Spygate prosecutor John Durham's team has not contacted him for an interview or asked him for any docs or records, even tho Durham is believed to be investigating FBI officials who illegally spied on Page

However, After seeing the Vindman boys hauled out of the NSC, former Ambassador Sondland relieved of his duties, and having learned about the 70 Obama holdover NSC guys being reassigned, my hope meter spiked.

Now we are learning that Attorney General Barr is in possession of the evidence which Rudy Giuliani has been collecting over the last few years. To be clear, this appears to be the Ukraine evidence that Barr’s team is not looking over.

Let’s hope that Barr is in fact the ‘real deal’ and is not going to just bury all the evidence of improper business dealings, and God knows what else, that Rudy has likely turned over to him.

If you believe Rudy, which, after studying Ukraine and the rabbit hole that appears to be the abuse of US foreign aid, money laundering, and pay for access deals, I have to think Rudy has some juicy giblets.

If Rudy is accurate, it looks like we may be (God willing) about to see the largest, most impactful RICO investigation in the history of the USG ensue.:

The statement I’ve made several times of having an insurance policy, if thrown under bus, is sarcastic & relates to the files in my safe about the Biden Family’s 4 decade monetizing of his office.

If I disappear, it will appear immediately along with my RICO chart.

It also appears that this is not the only treasure trove of incriminating documents that Rudy is in possession of:

Rudy Giuliani Drops Ukrainian Collusion Bomb on Democrats!
"Ukrainian collusion which was large significant and proven, with Hillary Clinton with the DNC-When the rest of this comes out and we look at China-this will be a lot bigger than Spiro Agnew-They have fallen into a trap." pic.twitter.com/uDjRAiEuJM

“The Justice Department has the obligation to have an open door to anybody who wishes to provide us information that they think is relevant,” Barr told reporters. “But as I did say to Senator [Lindsey] Graham … we have to be very careful … with respect to any information coming from Ukraine.”

“We can’t take anything we receive from Ukraine at face value. For that reason, we had established an intake process in the field so that any information coming in about Ukraine could be carefully scrutinized by the department”

“And you know, that is true for all information that comes to the department relating to Ukraine, including anything Mr. Giuliani might provide.”

Former New York City Mayor Rudy Giuliani on Sunday said there are three witnesses who are ready to “name names” in an investigation into Hunter Biden and corruption in Ukraine, where the former vice president’s son once held a lucrative job on the board of national energy company, Burisma.

“We’ve got the documents, Lindsey,” Giuliani declared. “This is a money laundering transaction. … It’s about $14.6 million. It’s a notice from the Latvian government to the Ukrainian government that Hunter Biden is under investigation for corruption.”

At least now we will know where AG Barr stands when this all shakes out.

Will he live up to the hype he has generated for himself with the bold public statements he made, or will he end up being another do nothing Lindsey Graham? Only time will tell.