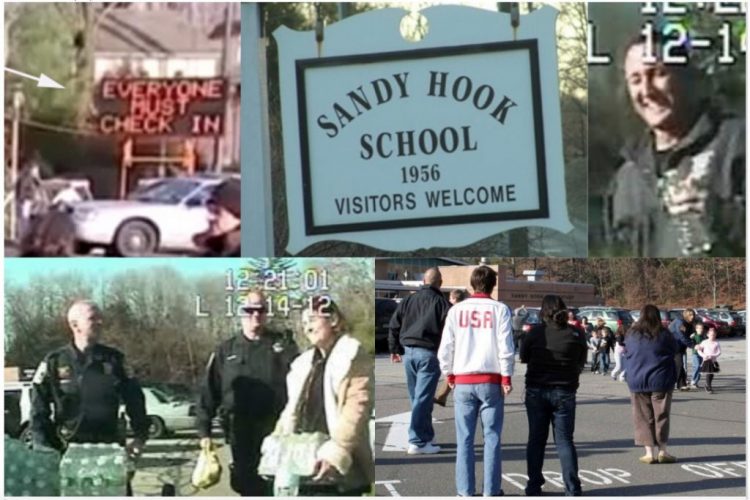 Rebecca Carnes is a resident of Newtown, Connecticut and a mother who has looked at the evidence surrounding the incident that took place on December 14, 2012, at Sandy Hook School, have not only listed her concerns and questions regarding what she says is the “glaring failures by law enforcement and unanswered questions surrounding the traumatic event,” but has also now begun a national petition calling for an “independent investigation by a special prosecutor” to provide answers and determine exactly what crimes were committed that day and whether or not the people of Newtown and their children are safe.

First, Carne’s petition can be found at Change.org.

The many glaring failures by law enforcement and unanswered questions surrounding the traumatic event that took place on Dec. 14, 2012 and terrorized my hometown of Newtown, Connecticut, when my young children were part of the Newtown Public School District are so great as to warrant an independent investigation by a special prosecutor/investigator who will provide a clear, thorough and unbiased evaluation of all levels of law enforcement and emergency medical response and aftermath reports at the local, state and federal level – and a determination and/or confirmation as to what crimes were committed that day and whether the townspeople of Newtown and their children are, indeed, safe.

She then wrote a blog post about why she began the petition.

As a long-time Newtown resident and mother , I am starting a “Newtown Demands Action” movement petitioning state and federal authorities to investigate the apparent gross negligence and questionable actions surrounding the Dec. 14, 2012 traumatic event that terrorized Newtown where my children attend public school

In an online Change.org petition addressed to Connecticut’s Chief State Attorney’s Office, the Federal Bureau of Investigation and the United States Department of Justice, Rebecca Carnes (that’s me!) – a long-time Newtown resident and Newtown mother of two whose children were in second grade on Dec. 14, 2012 when unimaginable trauma descended on Newtown, Conn., submitted the following request in her published petition:

“The many glaring failures by law enforcement and unanswered questions surrounding the traumatic event that took place on Dec. 14, 2012 and terrorized my hometown of Newtown, Connecticut, when my young children were part of the Newtown Public School District are so great as to warrant an independent investigation by a special prosecutor who will provide a clear, thorough and unbiased evaluation of all levels of law enforcement and emergency medical response as well as aftermath reports at the local, state and federal level and a determination and/or confirmation as to what crimes were committed that day and whether, indeed, the townspeople of Newtown and their children are safe.”

In light of some recent information that has come to my attention as a Newtown resident and parent, my concerns are currently and predominantly centered on negligence surrounding the overall response, including lack of communication, mismanagement of resources, gross missteps in evidence handling, overall leadership malfunctions, poor tactical response, inadequate or incomplete documentation, questionable and inadequate first- responder actions, lack of coordination with EMTs and medical personnel, dismissal of EMTs en-route to crime scene, questionable and non-procedural crime scene evidence handling, failure to follow Connecticut laws involving mass shooting protocol, non-procedural DNA collection & testing, disrespectful and nonchalant displays by law enforcement at the crime scene, and a significant delay in release of the official report that outlined gaping holes in assessment and serious, questionable actions at the local, state and federal level.

The following are among my most alarming concerns regarding the inadequacy of emergency response from law enforcement and medical staff on scene that day:

1. Failure of any first responder to call for a medical, trauma or medivac helicopter with emergency medical personnel to come to report to the Sandy Hook Elementary School at any time on Dec. 14, 2012, who might have saved some of the wounded children still alive and possibly among the “piles” of children that police reported seeing after arriving on scene.

2. When Newtown Police Dispatcher Bob Nute asks at 09:46:38 hours (about 10 minutes after the 911 call), “Can I send in EMS?” Officer David Kullgren replies: “Stage them at the end of the driveway between the firehouse and the school please” even though children were losing blood as they spoke. Not until 40 minutes after the 911 call – at 10:20:28 hours – does Sgt. Kullgren ask: “Do you have a number of patients?”

3. No known attempt is reported to get any medically trained personnel into the school, nor is there any known attempt to save organs for transplant. According to Connecticut State Law on Pediatric Protocols, protocol for children with gunshot wounds states only a qualified doctor or certified nurse can pronounce someone deceased. However, within about 20 minutes of the first 911 call, law enforcement official(s) on scene quickly declared all 27 persons “deceased” despite not having the Connecticut State authority to do this.

4. Trooper Carlo Guerra stated (CSP File # 00093048) that Sgt. Bill Cario instructed him to take photographs of the deceased children in Room 8 before Sgt. Cario checked for any survivors, even though he is also a trained EMT.

Why was Sgt. Cario seemingly more concerned with the crime scene and photographing the dead children than checking their vitals to try and save them? This should be of tremendous shock and concern for parents, especially the parents of Olivia Engel and the parents of Ben Wheeler who were in Room 8 and were still alive and later taken to the Danbury Hospital.

“On December 15, 2012 TFC Carlo Guerra presented a personnell (sic) cell phone device with six (6) extremely graphic photographs of Sgt William Cario inside the Sandy Hook Elementary School amongst numerous child bodies and two adult bodies pilled (sic) inside and around a classroom sized toilet. TFC Guerra explained that the photos were taken under the direction of Sgt. Cario who wanted him to document scene prior to his disturbing it to locate potential, however unlikely, survivors”.

5. Although officials reported to the media and concluded that Adam Lanza killed himself when police first arrived on scene, the official CSP file contains contradictory reports and statements by police, asserting that the shooter both “shot himself in the head, dying instantly” (CSP, document 00151276, page 3, ATF Letter dated July 12, 2013) and “was fatally wounded by police on scene” (CSP, document 00188555, page 6).

Well, which is it? This is an extremely important point to get accurate and consistently reported by law enforcement in an investigation of this magnitude, is it not?

Even more jarring, is the official statement given by Sgt. Bill Cario from the Connecticut State Police (CSP File # 00026724) that police viewed the shooter (and the shooter viewed police) in the hallway after which the shooter entered classroom 10. Newtown Police, according to Sgt. Cario’s statement – then heard a “volley of shots” followed by “quiet for five minutes.” This five-minute gap of no action by the Newtown Police in which the shooter was still alive is also confirmed in the above-referenced ATF statement (CSP File #00188555 Page 6 of PDF) by Investigating Officer Warren Hyatt and Primary Daniel Jewiss who noted, “…male was fatally wounded by police on scene.”

Did Newtown Police stand around in the hallway for five minutes after they heard a “volley of shots” coming from classroom 10 where little children were getting slaughtered by a gunman? As a Newtown parent (and as any parent or citizen of this country should be) – I am utterly repulsed and alarmed by this conflicting report. It is entirely unacceptable. – Rebecca Carnes, Newtown mother.

6. The children witnesses interviewed by police did not describe Adam Lanza at all, but rather said the shooter wore a brown coat and looked the age of a dad. A man fitting this description was apprehended in the school parking lot that morning and could not explain why he was there. Not one child witness described Adam Lanza in any unredacted section, as exemplified in Officer Heibeck’s statement document (CSP File #00040345) and Officer Signore’s statement document (CSP File ##00040428).

7. Police are recorded on Mssgt. Davis’s dash cam video acting nonchalant with some even smiling as they walk up to some supplied groceries and drinks piled on top of the officer’s hood (CSP File # 00055705 Part 2) . Why would such items be brought into an active crime scene and why would police break for lunch at 12:08 p.m. (as indicated on the dash cam) when the school nurse and secretary are reportedly still missing?

I invite others who have concerns and questions about the emergency response and conflicting official report of the tragic Dec. 14, 2012 event in Newtown, Conn., to please sign the Change.org petition.

Indeed, there still remain many unanswered questions about Sandy Hook.  Will we ever get straight answer on what actually took place there other than a false flag?

Below is an interview with Rebecca Carnes.