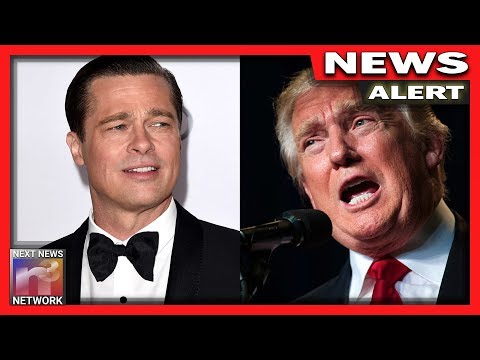 I didn’t know the Oscars were Sunday Night.

I’m sure I’m not the only one who no longer keeps track of such things.

Well they were and Brad Pitt won some insignificant award.

He can’t keep his mouth shut.

He seems to think his political opinions matter since we pay him to entertain us.

For those who do not remember that 2016 story, a year after LeBron James brought Cleveland an NBA championship he struggled to draw a few hundred people to hear him campaign for Hillary Clinton in Cleveland.

Brad Pitt has learned nothing from recent history.

After winning an Oscar the people turned on Pitt as he turned on America.

It didn’t take long for the OSCAR show to get political.

The Hollywood elites must not remember the advice from Ricky Gervais that was so valuable:

Golden Globes host Gervais gave priceless advice for these people who live in a bubble and don’t realize they’re offending millions of Americans when they spout off against President Trump.

When the first award was handed out for Best Supporting Actor, Brad Pitt took a swipe at the vote by the Senate to acquit President Trump:

“They told me I only have 45 seconds up here, which is 45 seconds more than the Senate gave John Bolton this week… I’m thinking Quentin does a movie about it and in the end, the adults do the right thing.”

He was immediately slammed on social media for his foolish comment:

The first acceptance speech has to have a political jab?Can’t we just have one award ceremony without offending half the viewers? Newsflash, Hollywood, most people don’t care about your political views. #BradPitt #Oscars #Oscars2020 https://t.co/CLVTGOs7Ns

-“It was enough to make me immediately turn off the Oscar’s for the night. The Academy Awards are about celebrating your art and your talent, not a stage for making political statements. Get over yourselves Hollywood.”

-“Too bad so many legends on-screen are SOBs offscreen!
Too bad for those who used that forum to take a punch at our sitting President….too bad that millions of Americans have & will turn their backs on them now….boomerang!”

-“Can Hollywood never keep politics out of the speeches?? Not watching…come on, Brad! Bring on the happiness of the moment!!”

I just turned the channel. Why can’t you just entertain me!!! Come on Brad, not the place dude.

It’s funny that Pitt has no clue about the process that was involved in the House and Senate. He just spouts off about how he’s very serious about the acquittal but knows nothing of what actually happened.

Brad Pitt on why he chose to get political in his acceptance speech: “I was really disappointed with this week… I don’t think we should let it slide and I’m very serious about that” #Oscars pic.twitter.com/LGLoviQ3Xn

How far can celebrities continue to drift from reality?

Ricky Gervais seems like one of the few that still has a grasp on reality.

There is a reason so many Americans are totally tuning out Hollywood.

We want you to entertain us without trying to tell us what to think Mr. Pitt.

Maybe that’s why Sunday Night culminated in a new record low for Oscar viewers, according to Variety.

Not at all surprising.

Americans are tuning out in droves, so evidently Gary and I were not the only ones who didn’t know OR care.

MIT Doctor Prescribed Ivermectin To Treat Her Patients – She Was Stripped Of Her License & Forced To Undergo Psych Evaluation
January 21st, 2022 Sons of Liberty Media