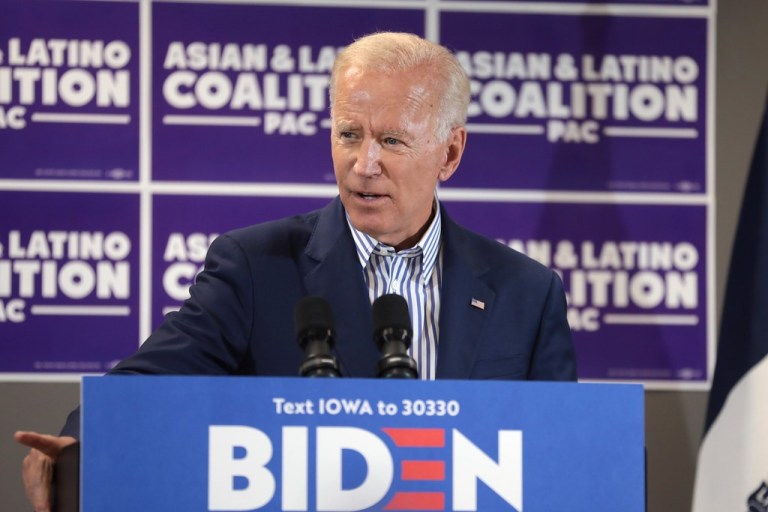 (TNS) Deep down inside, the Democratic establishment knows there isn’t anyone currently running for the party’s 2020 presidential nomination who has a snowball’s chance in Kuwait of beating a steamrolling President Donald Trump.

Nothing in politics is a slam-dunk, of course, and we expect traditional Democratic voters to coalesce around the party’s eventual nominee — probably.

But following a disastrous roll-out in the Iowa caucuses, which resulted from a perfect storm of mistakes — probably — which make the party look incompetent and its frontrunners hapless, the Democratic hierarchy is seeking to do better overall in New Hampshire, at least in the conduct of the actual voting.

That said, the one-time party frontrunner, ‘Lunchpail’ Joe Biden, has seen his star fade fast — so fast, in fact, that he’s not even sticking around for the results in New Hampshire and has instead packed up and headed to South Carolina, where the next party primary will take place.

Worse for the party, not even Elizabeth “Lieawatha” Warren’s campaign is looking good. Rather, at this early stage, the Democrat spoils appear to be going to the socialist in the room, Bernie Sanders, and that has the Democratic establishment in panic mode.

As POLITICO reported Tuesday, one Democratic super PAC is pleading with donors not to jump off the Biden bandwagon just yet:

A memo from the Unite the Country super PAC to donors, obtained by POLITICO, asserts that the party could pay a steep price if Bernie Sanders, Pete Buttigieg or Amy Klobuchar is chosen as the nominee. Most ominously, it raises the specter of Sanders and billionaire Mike Bloomberg squaring off at a split convention.

Democrats must stand by Biden through the early stretch of the primary calendar to avoid that fate, the group implores.

“Donors hedging their bets on Biden because of Bloomberg could be creating a doomsday scenario for Democrats everywhere,” the group’s treasurer, Larry Rasky, wrote. “The Sanders-Warren wing of the Party is ready for the Bloomberg fight. Democrats cannot afford a split Convention.

“If Bernie has more delegates, do you really think the Bros will make way for Mike?,” it added, referring to the hard-core Sanders supporters known as “Bernie Bros.” “Not to mention that the legacy of the Sanders campaign (such as the Squad) will ravage any chance Center-Left Democrats have of maintaining hard won victories in states from Pennsylvania to California.”

Yes, there are concerns about Bloomberg because he’s a billionaire and as we all know, Leftist Democrats claim to hate billionaires and corporations. But the party’s voters would swallow hard and cast a ballot for NYC Mike if need be.

Sanders, however, is who the party absolutely, positively does not want to see garner the nomination.

The thing you gotta remember here, whether you can see it for yourself or not, is this party and whoever it is running it — take your pick — they do not want Bernie Sanders anywhere near this nomination. And it’s not because they’re afraid he’s gonna win. It’s because they’re afraid he’s going to lose and redefine the party as a cult and end its dominance forever. They’re looking for anybody to take this away.

It was gonna be Fauxcahontas, and she’s fading away. I mean, she ought to be mopping the floor in New Hampshire. I mean, that’s just, you know, a couple tepees away from where she was teaching as a phony Indian at Harvard. No, I’m telling you, the savior, the one… If you read between the lines, the one they’re now claiming could be the answer to all their problems is Amy Klobuchar. Don’t doubt me.

Klobuchar would certainly be better than Sanders — for the party. But there’s also this: All of the top Democrats appeared at a rally in New Hampshire ahead of the balloting Tuesday and couldn’t draw nearly the number of supporters that President Trump drew by himself at his New Hampshire rally Monday night. And, according to media reports, the crowd at Trump’s rally is “as fired up” as they’ve ever been.

Now, about that “brokered convention,” who might be all in for that? Hillary Clinton, of course, as we reported Sunday:

“I do believe she’s crazy enough to do it,” Blakeman said. “The question is, how does she do it?”

She does it via a complete crackup of the Democratic Party, which is desperate for ABB — “Anyone But Bernie.”