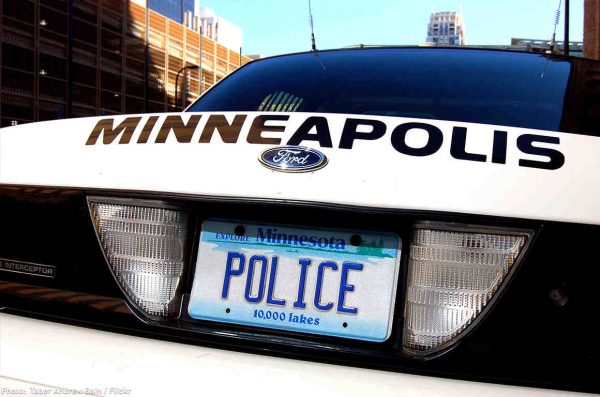 Once again, w hat does it mean to be a racial minority in America (non-white and non-Asian)? Freedom from Responsibility.

Having to maintain your car is obviously a form of vehicular discrimination…[Minneapolis police no longer to ticket for equipment violations under new policy: Mpls. policy is intended to address racial disparities., Minneapolis Star-Tribune, January 30, 2020]

Minneapolis police officers will no longer ticket motorists for broken headlights or turn signals, instead handing out vouchers to pay for vehicle repairs under a new department policy unveiled Wednesday.

The changes come roughly a year after a pitched debate at City Hall over a possible moratorium on certain traffic stops, with some council members seeing the move as a way to ease the racial disparities in rates of traffic stops. Others worried that it would only harm residents in poorer neighborhoods, where gun violence is prevalent. That debate came weeks after a community forum where residents aired their frustrations with what they saw as years of harassment and discrimination at the hands of police.

At the time, police Chief Medaria Arradondo said he would study the issue, and in the months since has been meeting with senior staffers, crime analysts and community leaders to hear their advice on what to do to revamp the policy without endangering public safety.

Under the new policy, instead of writing a ticket, officers will now have the option of issuing drivers a voucher from the Lights On! program — financed by the nonprofit group MicroGrants, which partners with local organizations to promote economic self-sufficiency among lower income residents, according to its website. The vouchers can be redeemed at participating auto shops to cover the costs of services such as replacing a bulb from a rear taillight. Exceptions include cases in which equipment violations result in a crash or “harm to another,” according to the new guidelines. Motorists with outstanding warrants or who have committed some other criminal act can still be arrested after being pulled over.

“All MPD employees conducting motor vehicle stops for equipment violations shall issue a Lights ON! Coupon in Lieu of traffic citations, when available and applicable,” reads the new policy, which goes into effect Saturday. “If a Coupon is issued, then the officer shall advise the driver or recipient of the location in which the repair can be made.”

Minneapolis police began participating in the Lights On! program a few years ago, along with more than a dozen other Twin Cities police departments. Minneapolis’ new policy covers an expanded list of equipment violations and requires officers to give out vouchers in nearly all cases.

“Fixing minor issues such as a broken brake light can go a long way toward breaking the cycle of poverty — individuals who ignore a fix-it ticket are at risk of having their license suspended,” the agency said in a news release.

“Ultimately, we want police officers to be problem solvers and not gateways into the justice system for poor people of color,” she said.

But Pete Gamades, a community organizer, said that while he appreciated the chief’s willingness to listen to the community’s concerns, he didn’t think the new guidelines went far enough.

“How does that reduce the racial disparities in the stops to begin with, and I don’t see that this policy change does that,” Gamades said. “One of our goals was to eliminate the stops completely, and potentially mail a coupon to the owner of the car, and hence remove that interaction with the cop that could not end well for either side.”

For many people struggling to make ends meet, even the cost of fixing a broken taillight can harm their economic well-being, while sending them “deeper into the criminal justice system,” Levy Armstrong said.

A 2018 Hennepin County Public Defender’s Office report found that more than half of motorists stopped citywide for equipment violations were black, even though blacks make up only about a fifth of the city’s population. The disparity was particularly glaring in the ethnically diverse neighborhoods of north Minneapolis, where the study found that 80% of drivers pulled over were black, compared with 12% who were white.

Only white people are expected to pay for their broken headlights or turn signals.

Blacks and other non-Asian minorities in Minneapolis will now get a voucher to pay (the taxpayer will foot the bill) for their broken headlights or turn signals, so as to better community relations and refrain from getting a ticket.