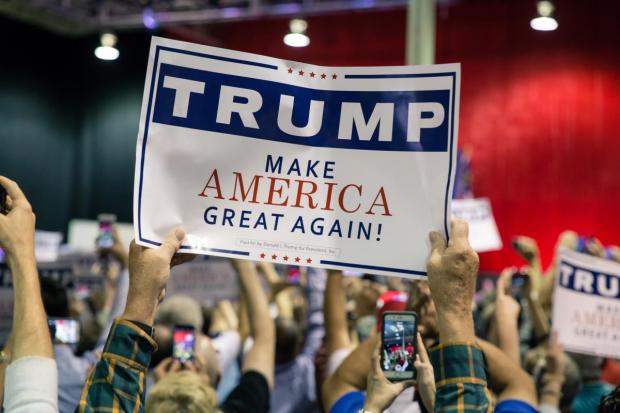 (TNS) Political violence ought to be something that all Americans condemn as unnecessary, unwanted, and unhealthy for our republic, but as we’ve seen time and again in the Trump era, even those denunciations are partisan.

You may or may not have heard this based on the dearth of ‘mainstream’ media coverage, but a few days ago a lunatic in a van drove into and through a Republican voter registration tent in Jacksonville, Fla.

As POLITICO reported Wednesday, the suspect — Gregory Timm — did so due to his “opposition” to President Trump.

“The suspect advised that he does not like President Trump,” the Jacksonville Sheriff’s Office report of Timm notes.

Interestingly, there was more to Timm’s motivations for slamming through a GOP voter registration tent (thankfully, no one was injured) but that information was redacted from the report.

The sheriff’s office did elaborate somewhat though, noting that Timm “advised the other reason was ‘it’s like someone shitting on your grave.’”

Timm, 27, reportedly accelerated his vehicle toward the canopy tent and tables, while victims moved to avoid being struck. Timm then knocked over several tables, chairs and the tent with his car, according to the report, and got out of his vehicle, took out his phone and “flipped them off” before driving away.

Timm willingly showed officers the video, which cuts off before he struck the tent, the police report says, and “the suspect was upset that the video ended before ‘the good part.’”

The episode was widely condemned by Republicans, including Florida Sens. Marco Rubio and Rick Scott and the state attorney general, Ashley Moody. Trump also denounced the attack on Saturday, tweeting: “Law Enforcement has been notified. Be careful tough guys who you play with!”

Now, imagine Timm was, say, a conservative Trump supporter who blew threw a Democrat voter registration tent and made disparaging, sexist comments about the 2020 Democratic field: Can you imagine the media’s outrage?

The coverage would be wall-to-wall. It would lead Left-wing news programs for days. The footage would run on an continuous loop. There would be one ‘expert’ after another brought in to ‘analyze’ just what it is that Trump does to “make his voters hate so much.” And so forth.

But it wasn’t a Trump supporter who blew through a voter registration tent. It was an anti-Trumper who, for all we know, is a Bernie Bro.

If we didn’t have such a biased media, we might know more about Timm by now and what motivated his hatred.