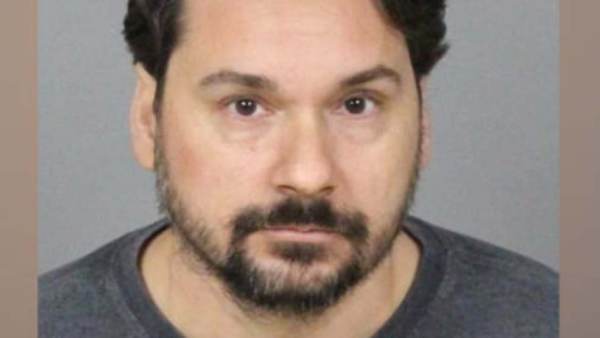 Bernie Sanders draws violent people as supporters and doesn’t do anything to discourage their radical ideas.

If Bernie will stoop so low, why would he criticize his supporters for doing the same?

When you put out campaign ads like that, you have to own it when your supporters incite violence.

As political tensions rise throughout the country, here locally the Humboldt County Republican headquarters had its front windows and glass door smashed and an unknown liquid poured throughout the entryway at around 5 this morning. John Schutt has been the Republican Party chairman for Humboldt County for the last three and a half years and told the Outpost that he received a phone call from the alarm company earlier this morning.

“This is the sixth time this has happened to us in the last two years,” Schutt said. –SOURCE

The Gateway Pundit reports that a suspect has been arrested and is a supporter of Bernie Sanders.

Unhinged leftist activist Michael Vall was arrested in Eureka, California after vandalizing and apparently trying to burn down the Humboldt County Republican party office. To no one’s surprise, it turns out dude is a Bernie supporter.

It happened around 5 am Saturday morning at their office on 5th Street in Eureka. The front windows and glass door of the office were smashed, and an unknown liquid was poured in the entryway. The group posted photos of the damage to their Facebook page.

According to Eureka Police, a suspect was located shortly after the incident and is in custody. 43-year-old Michael Valls was arrested for burglary, felony vandalism, attempted arson, resisting arrest, and providing a false name. According to the party chairman for Humboldt County, John Schutt, this is the 6th time the office has been vandalized in the last two years.

A man arrested on a slew of charges, including attempted arson of the Republican Party of Humboldt headquarters, is back out on the street after spending only a day in jail before posting bail.

On Saturday Feb. 8, at about 4:53 a.m., officers with the Eureka Police Department responded to the office on 5th Street for the report of a man smashing the windows. The witness gave a description of the suspect and said he was last seen riding a bicycle toward the bay.

Officers quickly arrived on scene and saw the man on the Boardwalk. They said the suspect fled from them on the bike, but after a short pursuit he was detained. According to the EPD, the suspect was found to be in possession of a “Trump” political flag. His bicycle had a “Bernie” political sticker prominently displayed, police said.

Police said they found the man, later identified as 43-year-old Michael Valls of Eureka, riding his bike near the foot of D Street. Police said Valls tried to flee from officers but was ultimately taken into custody after a brief struggle. He was found to be in possession of items linking him to the vandalism on 5th Street, police said.

Inside the building, as if it had been thrown through one of the shattered windows, was a liquid chemical, according to police. Humboldt Bay Fire responded and determined the liquid was flammable, the EPD said. Samples of the liquid were collected, photographs of the scene taken, and possible sources for video surveillance of the incident were identified.

More at The Gateway Pundit…

Can anyone really act shocked after a Bernie supporter tried to burn down GOP offices?

Look for more hell raising from Bernie supporters as we move closer toward November.

They are violent and dangerous.