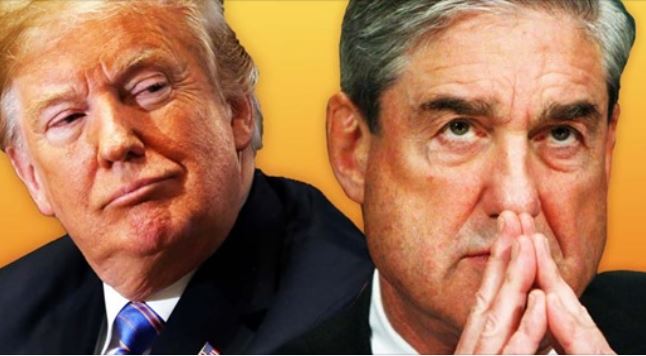 Opinion| Mark Sidney| Now THIS is the Trump that we have been looking for!

The pull no punches, go for the kill, take no prisoners, one man wrecking crew that bulldozed his way into the Oval Office, having not once held any other elected public position in the country.

When we signed on to Trump’s campaign to ‘Drain The Swamp’, we were not joking around, we meant it. To most people I speak to, holding those bad actors who have been essentially stealing our hard earned tax payer money, is the most important issue. Period.

If we do not punish those who have been robbing us blind and threatening our national security and sovereignty, nothing else will matter as the kleptocracy will only get more powerful and more emboldened.

Now, let me be clear, I believe Mueller was merely a figure head, someone who the DS appointed to ‘lead’ the Special Counsel against President Trump using the 1,000 times over discredited opposition research ‘dossier’ as the excuse to launch a Special Counsel centric coup against Trump.

Even if The Gateway Pundit claims that ‘The Mueller probe was just an attempt by the deep state and Andrew Weissmann to catch President Trump in an obstruction of justice trap,’ thus, it is only fair that the members of the SC, Mueller included should be held to the same standard.

Either way, if Mueller’s team wants to throw Roger Stone in prison for up to 9 years (which would likely be a life sentence at his age) for process crimes, I think it is only fair that Bob and his crew face the same scrutiny.

Now President Trump is weighing in on the matter, via his favorite method of communication … the enemy weapons system known as ‘Twitter.’

Congratulations to Attorney General Bill Barr for taking charge of a case that was totally out of control and perhaps should not have even been brought. Evidence now clearly shows that the Mueller Scam was improperly brought & tainted. Even Bob Mueller lied to Congress!

The Gateway Pundit claims that Mueller lied to congress at least 4 times:

‘Dirty Cop Bob Mueller lied SEVERAL TIMES in testimony and in reports to Congress while under oath as we have reported.

In December 2018– A report by journalist Paul Sperry says conflicted Robert Mueller withheld evidence from the court that would exonerate President Trump from the latest accusations of Russian collusion during the 2016 election.

In August 2019– According to Mr. Mifsud’s attorneys their client was working for the CIA and was NOT a Russian operative as reported by the Mueller witch hunt team of liars.

In October 2019– White House officials confirmed to Fox News that Robert Mueller indeed was pursuing the open post as the Director of the FBI when he met with President Trump in May of 2017 — Mueller previously denied this under oath.’

Do you think the government should be held to the same standard that the DOJ has held Stone and Flynn to when it comes to conflicting statements of fact?