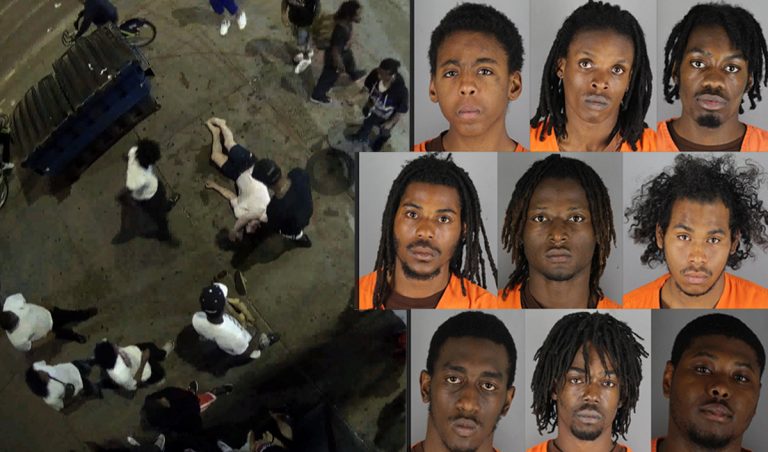 Violence against white people is so much fun to watch, especially on Black History Month!

Elderly white woman beaten with her own cane

As usual, Two-Faced Twitter refuses to remove a link that shows a series of videos of black people beating whites. These videos have received over 300,000 likes.

“…could inspire others…” I would say they got that right.

This from Summit News: “Numerous other respondents in the thread glorified the violence seen in the clips and posted their own violent videos.

The user who posted the thread – @nomjinni – locked down their account shortly before this article was published meaning the thread is no longer visible.

THE HUNT is Back On, TheMovie With Rich Liberal Elites Hunting Deplorables Will Hit Theaters March 13th

Again from Summit News: Imagine if a white supremacist posted an entire thread of black people being beaten up. They’d be banned within minutes if they were lucky. If their identity became known, the media would probably attempt to ruin their life.

For at least three generations, white people in the US have been told to scour the last remaining vestiges of racial prejudice from their psyches, and I see a huge difference from the Pre-Boomer age to today.

With the media and social platforms like Twitter condoning reverse racism, it’s just a matter of time before minorities become the next generation’s victims. And who could blame whites for a backlash against an unending onslaught of bogus claims of racism and white privilege, all the while becoming targets themselves?

By flooding the US with uneducated, unskilled, America-hating minorities, the fuse has been lit.