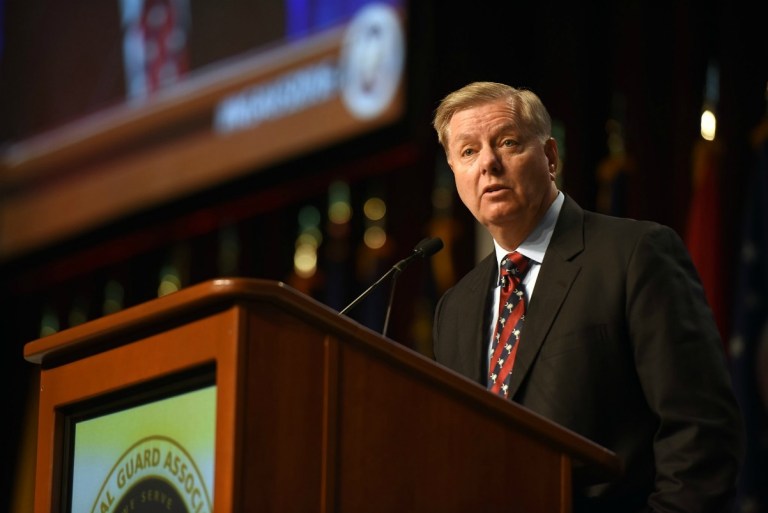 (TNS) Conservatives and supporters of President Donald Trump have been waiting impatiently for Sen. Lindsey Graham (R-S.C.) to make good on several promises to investigate the origins of the “Spygate” Russian ‘collusion’ counterintelligence op launched by the Obama regime, and it appears that time has come.

Graham has sent a letter to Attorney General William Barr requesting he make available more than a dozen officials from the Justice Department and FBI for interviews before his Senate Judiciary Committee, according to The Hill.

The South Carolina Republican and, in his 2.0 version an avid supporter of the president, also expressed his desire to call fired FBI Director James Comey, former Deputy Attorney General Rod Rosenstein, former Deputy Attorney General Sally Yates and former FBI Deputy Director Andrew McCabe — fresh off the news that the two-tiered justice system in America has let him skate for lying to federal investigators, a charge that seems to ensnare Trump allies but not Trump nemeses.

“As you are aware, the committee is continuing to investigate matters related to the Justice Department and the Federal Bureau of Investigation’s handling of the Crossfire Hurricane investigation, including the application for, and renewals of, a Foreign Intelligence Surveillance Act [FISA] warrant on Carter Page,” Graham wrote in the letter, according to a copy obtained by CBS News.

Graham, who listed 17 witnesses, some by their title only, notes in his letter that the committee will “additionally be directly contacting former Department officials to schedule transcribed interviews.”

“I’m going to get to the bottom of the FISA work process because it was an abuse of power of the Department of Justice, the FBI,” Graham told CBS News on Sunday.

Graham added he would be doing “oversight of the FISA warrant system that failed.”

Justice Department Inspector General Michael Horowitz released a damning report late last year on the Page warrant application process. Horowitz wrote that there was no evidence of political bias in the decision to open the investigation and that the bureau had an “authorized purpose” for the probe. But he also found 17 “significant inaccuracies and omissions” throughout the FBI’s investigation.

Horowitz, during testimony before the Judiciary Committee, declined to say if he thought the FISA warrant applications on Page would have been accepted if the court knew everything the inspector general found during his investigation.

He also specifically said he personally would not have submitted the FISA warrant applications as they were originally drafted and submitted by the FBI.

“It had no business going in,” Horowitz said.

calling the bureau’s handling of the Page application as “antithetical to the heightened duty of candor described above.”

“The frequency with which representations made by FBI personnel turned out to be unsupported or contradicted by information in their possession, and with which they withheld information detrimental to their case, calls into question whether information contained in other FBI applications is reliable,” federal Judge Rosemary Collyer wrote in an order.

As for Graham, he has regularly promised to use his Judiciary Committee chairmanship to investigate what are now very obvious violations of federal statues and the Constitution to put a bona fide presidential candidate’s campaign under government surveillance, a massive abuse of power that is unprecedented.

Looks like it’s finally going to happen — and all on the same day that the deep state has begun its operation to discredit any and all findings of guilt by U.S. Attorney John Durham.