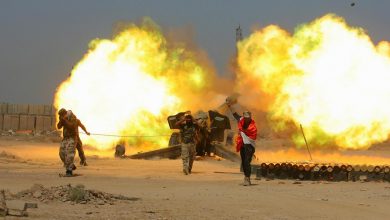 Explain that to the families of troops killed by this dead rat Iranian terrorist leader. Perhaps American troops should just wait on being shielded from terrorism until a resolution makes its way through congress, leaking as it goes!

In a nutshell, these eight turncoats voted with ALL of the Democrats to tie the Commander in Chief’s hands via a War Powers Resolution Act specifically limiting Trump’s actions against Iran.

It’s almost as if they were being PAID OFF by some foreign entity. Why else take the side of a terrorist nation against America and the brave combatants we send to foreign shores? Was it because somehow Congress is better equipped to make decisions than our Commander in Chief, or because CERTAIN members of congress want to shield Iran’s leaders?

What could possibly be the motivation for wanting to shield the enemy, to tie the hands of the nation’s Commander in Chief? I’m still going with payola, after all Iran has a lot of it thanks to Obama, and maybe there is some quid pro quo involved!

Is it an ethics issue?

I don’t think so. It was a few short years ago Obama had his deck of drone kill cards–you know–the same president who missed over sixty percent of his daily security briefings! If every Democrat voted for this treachery and eight Republicans joined them, they must have a lot in common!

Treason is like pornography—you know it when you see it.

This was President Trump’s response: “It is very important for our Country’s SECURITY that the United States Senate not vote for the Iran War Powers Resolution. We are doing very well with Iran and this is not the time to show weakness … If my hands were tied, Iran would have a field day. Sends a very bad signal. The Democrats are only doing this as an attempt to embarrass the Republican Party. Don’t let it happen!”

WATCH: It’s Time to Post Videos of White Folks Kicking Black A$$–what? That’s not okay, but THIS is?

Fortunately, we have a president with balls who will veto this nonsense. There is a difference between declaring war on a nation and conducting limited military operations against said nation, but these terrorist-kissing trolls knew that when they voted against our military’s safety