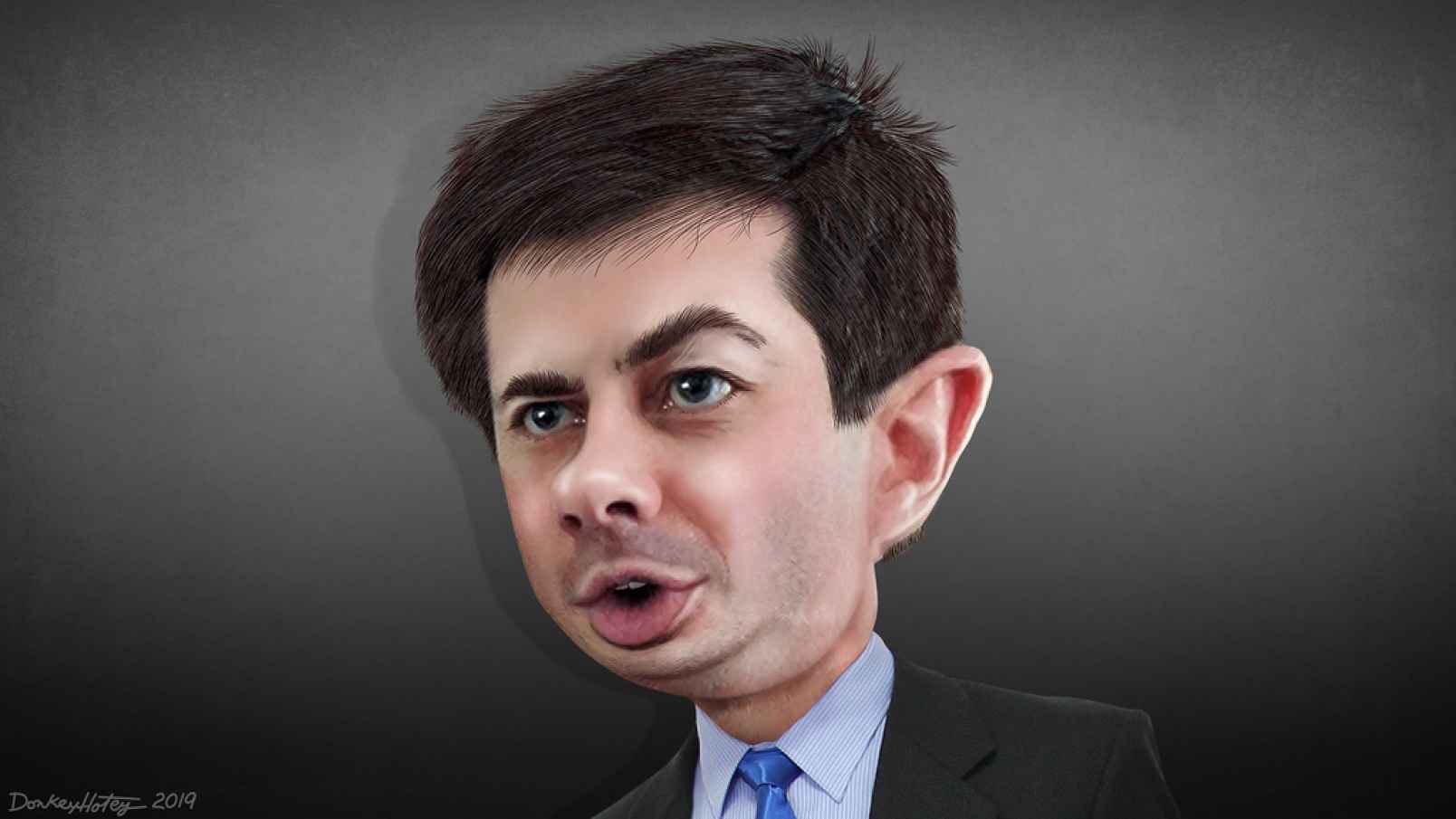 Hey America, just so you will know, the world is laughing at you.

While the few LGBTQ voters are giddy and full of pride, the vast majority of Americans are in horror at the prospect of our 2nd gay president.

This one admits to his sexual perversions and plans to start a family in The White House.

You might want to read the prior sentence again.

(CNSNews.com) – Pete Buttigieg, who is now one of the frontrunners for the Democratic presidential nomination, has said that he and his husband plan to start a family and may have children while he is serving as president in the White House.

“We’re hoping to have a little one soon,” Buttigieg said at an event in Brooklyn, New York on April 15 of last year, where he shared the stage with his husband, Chasten.

“I imagine it would make me a better president,” he said on CNN the next day.

On June 16, when he appeared on CNN’s “State of the Union,” host Jake Tapper asked him: “Do you think, if you are elected president, hypothetically, that you will plan to start a family in the White House?”

“I don’t see why not,” Buttigieg said. “I think it wouldn’t be the first time that children have arrived to a first couple.”

Appearing on Rachel Maddow’s MSNBC program on April 15, he expressed confidence that his husband would be a great father.

“My husband, is—he’s made for a lot of things,” said Buttigieg. “He is a great educator. He has become a great public figure, kind of coming out of the gate. But he is also going to be an amazing father. And I can’t wait to see him–I hope I’ll be good at it, too. But I can’t wait to see him have that chance.”

Biologically, Buttigieg and his husband cannot have a child because they are the same sex. When he appeared on CNN on April 16, 2019, host Poppy Harlow asked him if he had talked to his husband about “adopting” and “surrogacy.”

“This week, you said you’re interested in starting a family soon,” Harlow said. “And I think this is a relevant question because I see how much having children has changed me not only as a person but in my career, in my vision and hopes for this country. And, for you, running for the highest office in the land, undoubtedly, having children will change you.

“Can you tell us,” she said, “a little bit more about how you plan to start a family, the discussions with your husband, adopting, surrogacy, and what people should expect?”

“Well, we’ve been thinking about it for a while,” said Buttigieg.

“Obviously, my recent professional choices have made it a little more complicated, so we’re figuring through all of that,” he said.

How can anyone possibly take Pete Buttigieg seriously?

If you can’t see how our great Republic is on life support, then go ahead and vote for a gay President.

Maybe you will meet him someday in Hell.

This guy is a total Deep State plant to try to take out Trump.

He will pretend to be whatever they tell him to be.