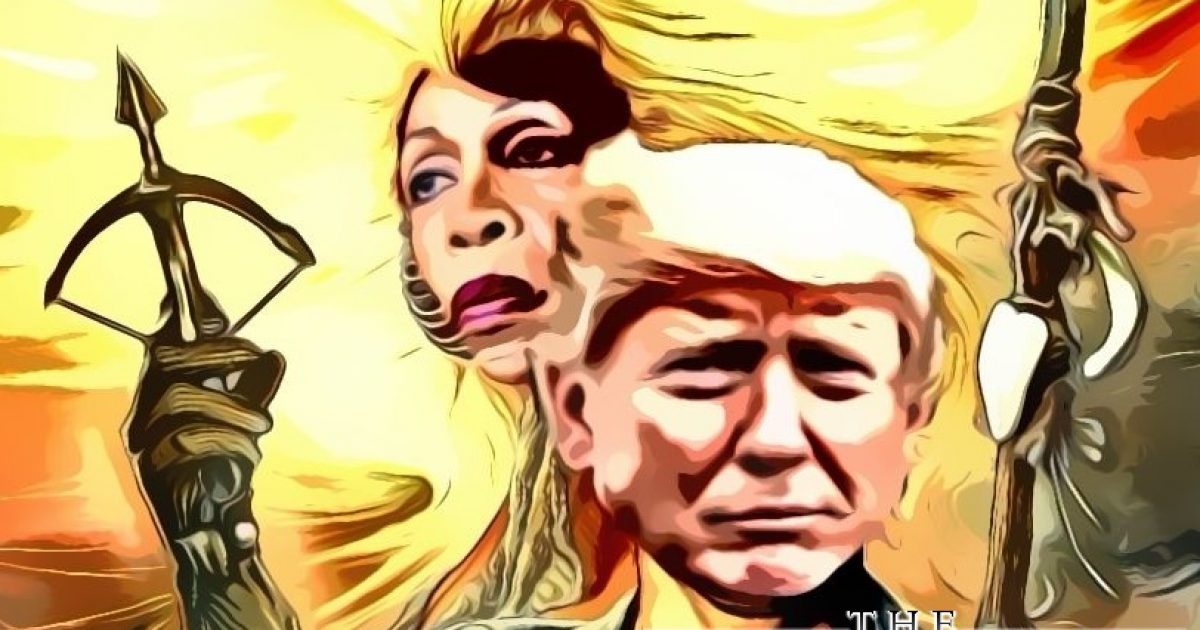 Yes folks, it looks like she is back in the news. However, unfortunately for her, the reason why she’s relevant again is not going to make her very happy.

Now, we all know that the Democrat party is a wolf in sheep’s clothing. The DNC loves to pander to the down trodden with promises of ‘free’ stuff, stolen (at gun point, or at least under the threat of the government’s gun if you do not fork over your hard earned income) from your neighbors.

The Democrat party also loves to tell everyone how they can not succeed and how it is all those ‘evil white people’ and ‘evil rich people’s’ fault. Divide and conquer is their business, and if you take a look around, business is good … for Democrats selling civil strife, hate and division.

What really gets me is how brazen and bold some Democrats are when it comes to pandering to their monopoly men benefactors.

Take Mad Maxine Waters for instance. Maxine Waters has made herself a career out of railing against the rich … in front of the cameras. When she is not throwing the people who built America and keep our economy going under the bus, she is attending their parties with her purse wide open looking for their ‘donations’, likely in exchange for some sort of legislative favor in return.

‘For years now, Democrats have been claiming they want big money out of politics. Yet Maxine Waters just claimed on national television that California should have more sway in the Democrat primary process because of all the big cash generated for Democrats at fancy parties in Beverly Hills.

You couldn’t make this up.’

Maxine Waters: California Should Have More Say Over Primary Process Because of Its Rich Donors and Fancy Parties

Rep. Maxine Waters (D., Calif.) said that California should have more influence over the Democratic primary process because the state has so many wealthy donors.

“We have candidates who fly out to Los Angeles from everywhere to raise money,” Waters said Thursday on CNBC. “You would have two, three, four at a time in Beverly Hills having dinners and some of our contributors, who are very rich, were holding fancy parties, trying to accommodate the requests for donations and contributions.”

“The thinking is that if we are supplying tremendous dollars to candidates, we ought to have more say,” she added.

Watch the video below and read the comments!

Dem Rep. Maxine Waters complains that IA and NH are the first caucus and primary.

She says she thinks CA should "have more say" in Dem primary b/c of all the money rich people in Beverly Hills give Dems during “fancy parties” and big money fundraisers.pic.twitter.com/HKPB2PuUFW

Apparently Mad Max is so out of touch that she can not even comprehend how insanely hypocritical she sounds.

“The rich elite Democrats should get the power…not the poor Iowans…they dont even throw the big parties we do.”

“Dem Rep. Maxine Waters complains that IA and NH are the first caucus and primary.

She says she thinks CA should “have more say” in Dem primary b/c of all the money rich people in Beverly Hills give Dems during “fancy parties” and big money fundraisers.”

“Love how she puts down Iowa and New Hampshire. I am sure that the representatives from those states would love to have a chat with her.”

Love how she puts down Iowa and New Hampshire. I am sure that the representatives from those states would love to have a chat with her.

“An embarrassment every time she opens her mouth.”

an embarrassment every time she opens her mouth

As Sun Tzu said, never interrupt your enemy when they are making a mistake … carry on Maxine.

This article originally appeared at  Illicit Info OPINION Blog and was republished with permission.