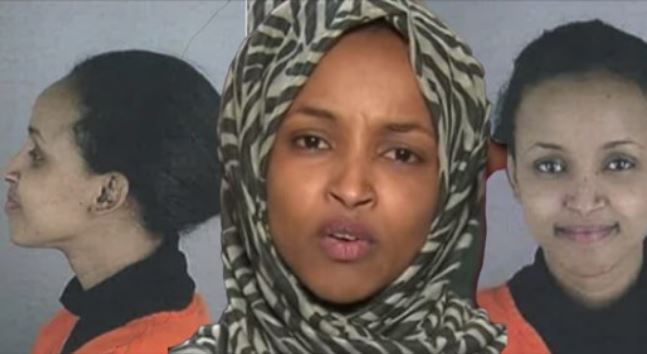 Opinion| Mark Sidney| Could this be a sign that the tables are finally turning, that justice may once again be applied to the Bolsheviks (Democrats) as well as the rest of us?

I know I have been wondering, and I’m sure you have as well, just when Ilhan Omar was going to, at the very least, be looked into, after all the allegations of criminal activity that have been swirling around her, for what feels like, years now.

We have reported on the accusations from shady Canadian ‘businessman’ Alan Bender, who has accused Omar of being an asset of Qatar in a sworn deposition before a Florida court.

Ilhan, of course, denies the allegations.

Omar has been accused of , with what I believe to be compelling evidence of, having married her brother. The fact that leftist thought police kingpin, Snopes lists the claim as ‘unproven’ in an article which tries to suggest the claims are the work of crazed conspiracy theorists, only leads me to believe that there may in fact be some ‘there, there.’

Omar has also been accused of funneling hundreds of thousands of dollars in campaign funds to her alleged lover.

The Somali and … ‘harsh critic’ of the United States, has been fined for violating the law in the past.

So where the hell are the investigations, you may be wondering? Well … finally we are getting word that at least three agencies are now looking into the allegations against the young muslim Congresswoman from the midwest.

According to the GateWay Pundit: ‘The FBI, ICE and the Department of Education’s Inspector General are all looking into Democrat Muslima Rep. Ilhan Omar, according to investigative reporter David Steinberg.

Congresswoman Ilhan Omar (D-MN) is under heavy fire from the conservative media over her many scandals including marrying her own brother to defraud US immigration, tax fraud, identity fraud and more recently an affair with a married man.

Ilhan Omar refuses to answer questions about her fraudulent marriage to her own brother and accuses anyone asking questions of bigotry and Islamophobia.

Omar also dodges any questions about her affair with a married man even though her campaign paid over $200,000 to her married lover.

David Steinberg’s impeccable investigative reporting on Ilhan Omar over the last few years has revealed she may have committed the “worst crime spree in Congressional history.”

There is overwhelming evidence that Ilhan Omar married her own brother to defraud US immigration, then lied about it under oath in her divorce papers.

David Steinberg revealed the developments in this explosive Twitter thread:

Federal investigators finally seem to be reviewing the overwhelming evidence against @IlhanMN.

And at least THREE agencies are considering her case:

Apparently the evidence that Steinberg turned over to the FBI was compelling enough that the agency decided to share it with the other two additional agencies.

“The DofEd. IG is considering evidence that Ilhan married a UK citizen in ’09 perhaps to commit student loan fraud, or other education fraud,” Steinberg posted.

The DofEd. IG is considering evidence that Ilhan married a UK citizen in '09 perhaps to commit student loan fraud, or other education fraud.

She still lived w/ her 1st husband throughout.

The story suggests that ICE is now perusing evidence which points to Ilhan Omar marrying a United Kingdom citizen (who was actually her brother, so the allegations go) and in doing so committed immigration fraud.

According to the evidence that Steinberg claims he handed over, Omar “likely committed dozens of felonies in the course of sustaining this fraud.”

Let us not forget that this is not the first time allegations and demands of investigations have swirled around Ilhan Omar (IF that really is her name.)

“Substantial, compelling and, to date, unrefuted evidence has been uncovered that Rep. Ilhan Omar may have committed the following crimes in violation of both federal law and Minnesota state law: perjury, immigration fraud, marriage fraud, state and federal tax fraud, and federal student loan fraud,” Judicial Watch told the Office of Congressional Ethics, in the letter, dated, July of last summer.

Read David Steinberg’s full report on this new development at The Blaze by clicking here.