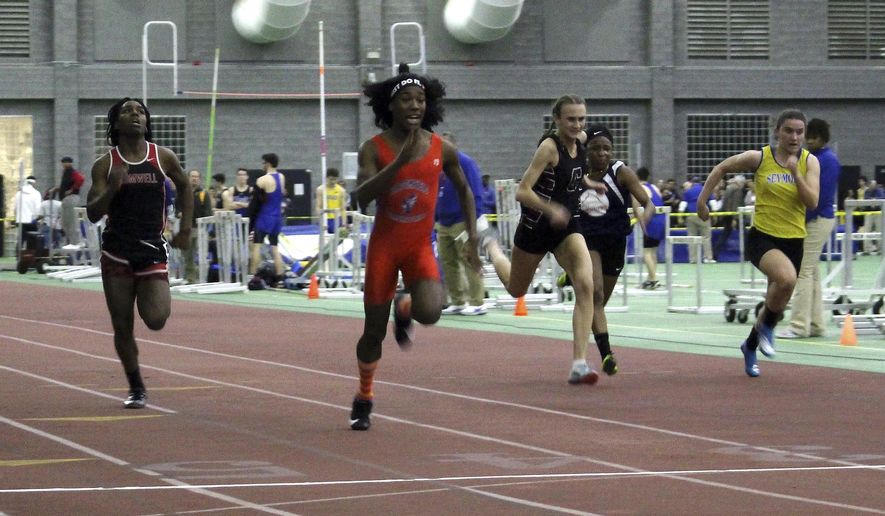 With all of the controversy surrounding TRANS athletes that are biological males being allowed to compete in women’s sports, one High School girl decided to take matters into her own hands — by WINNING!

Here’s more from The Washington Times:

NEW HAVEN, Conn. — A female high school student defeated a transgender athlete in a Connecticut state championship race, just two days after a lawsuit was filed in an effort to block transgender athletes from participating in girls sports in the state.

The families of Mitchell and two other female high school runners filed the federal lawsuit on Wednesday, arguing that allowing athletes with male anatomy to compete has deprived them of track titles and scholarship opportunities.

The lawsuit centers on Miller and another transgender sprinter, Andraya Yearwood, of Cromwell High School, who have frequently outperformed their cisgender competitors. The two seniors have combined to win 15 girls state indoor or outdoor championships since 2017, according to the lawsuit.

The Hartford Courant reported Miller and Mitchell did not interact before or after the race.

Forget the lawsuit, Chelsea Mitchell let her feet do the talking.

Here’s a 2018 interview with two top state track athletes, who are both biological males.

One is Terry “2nd Place” Miller.

NEW HAVEN, Conn. — Andraya Yearwood hears the comments, usually from adults and usually not to her face.

She shouldn’t be running, they say, not against girls.

Yearwood, a 17-year-old junior at Cromwell High School, is one of two transgender high school sprinters in Connecticut, transitioning to female.

She recently finished second in the 55-meter dash at the state open indoor track championships. The winner, Terry Miller of Bloomfield High, is also transgender and set a girls state indoor record of 6.95 seconds. Yearwood finished in 7.01 seconds and the third-place competitor, who is not transgender, finished in 7.23 seconds.

It honestly offends me that The Washington Times keeps referring to these boys as “she” but that’s the world we now live in.

Every once in awhile reality still shines through but we haven’t been seeing enough of it lately.

With all of the controversy and court proceedings surrounding this topic, America needed this story.

Finally a young lady gave us what we really wanted.

She showed us that it doesn’t always take a lawsuit to beat a cheater.

She just beat 2 senior transgenders who had finished first and 2nd in this race the last 2 years.

Way to ruin their senior year.

Kudos to Chelsea Mitchell for doing what needed to be done.

This will certainly hurt Yearwood’s and Miller’s scholarship hopes but I’m sure there is a college out there that will take male transgender athletes who finished their careers by getting beat by a real girl.

It’s the “politically correct” thing to do, after all.