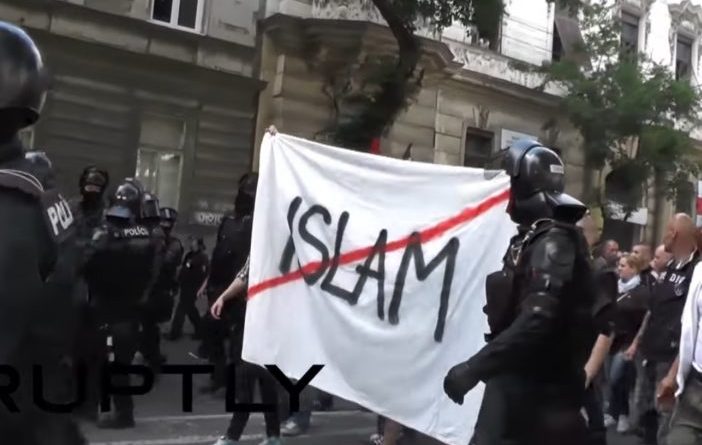 For all of the talk about how Islam is invading and ruining Europe, I thought today it would be nice to shine a light on a country that simply refuses Islam.

Slovakia – along with many other Central and Eastern European countries–has repeatedly adopted a hard-line stance against the integration of Islam, perhaps overshadowed by right-populist countries such as Poland and Hungary.

According to Voice of Europe, Slovakia is the last EU member state without a Mosque within its borders.

At the inception of the 2015 Migrant Crisis, Slovakia refused a small quota of 200 Muslim migrants, according to the Telegraph.

An interior minister, at the time, said, “We want to help Europe with the migration issue. We could take 800 Muslims but we don’t have any mosques in Slovakia so how can Muslims be integrated if they are not going to like it here?”

Slovakia still doesn’t recognize Islam as an official religion; and the 5,000–or 0.1% of the population–who call the Central European country their home are of European descent, galvanizing the interior minister’s argument concerning integration.

Referring to Slovakia’s politicians’ view on the matter, Indian publication, The Youth, said, “In the year of 2007, politicians had changed the nation’s laws, rules and regulations so much so that 20,000 signatures from members were required to be recognized by the state.”

“In 2017, they were more than doubled the number of required signatures.”

Additionally, that small Muslim population is not afforded the same religious rights as 18 other groups recognized by the country’s government. This means that no religious leaders, marriages, or similar financial contributions are provided.

Following the 2015 anti-Muslim stance, the European Commission disapproved, saying, “We act here in the spirit of the treaty, which prevents any form of discrimination.”

It is a bit dated, but here is more info from a 2018 Voice of Europe piece…

Slovakia is the last EU Member State without a single mosque, TRT World reports. Previous attempts to build have been halted by politicians.

The country does not recognise Islam as a religion and only have a few thousand Muslim residents. Islam must not be taught in schools and the 5,000 Muslims, mostly European ones, who reside in the country are not officially recognised. They account for only 0.1% of the population.

In 2007, politicians changed the country’s laws so that 20,000 signatures from members were required to be recognised by the state. In 2017 they more than doubled the number of necessary signatures.

Not being officially recognised poses major difficulties for the group. Among other things, they are not allowed to have official religious leaders, conduct Muslim marriages or receive financial contributions from the State, rights which 18 other recognised religions have.

According to some of the country’s politicians, Islam is a serious threat.

“Islamisation begins with kebab and in Bratislava it has already begun. So understand what it could be like in 5-10 years,” says MP Andrej Danko.

“Every normal European, Christian or atheist fears this satanic pedophile creation of the devil,” rumbles another critical MP.

According to TRT, the situation was further complicated for the country’s Muslims in connection with the 2015 asylum wave. Slovakia then used the absence of mosques as an argument not to accept any migrants.

The TV channel also claims that Slovakia violates EU rights laws by not permitting the building of mosques.

A population that is only 0.1% Muslim.

Why can’t the rest of Europe follow their lead?

What’s so hard to figure out Europe?

Europe has very much turned its back on its own people.

America needs to learn from the case study of Europe, before it’s too late.