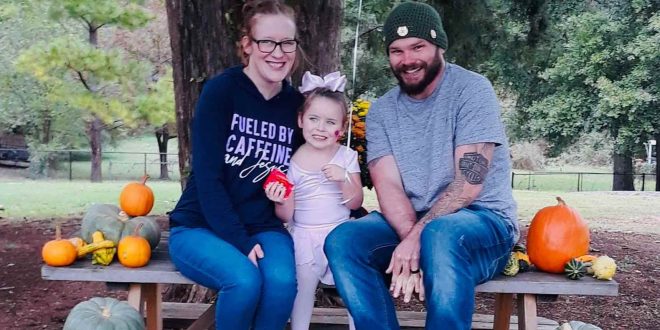 Talladega County, AL — Justin Faircloth is a loving father and husband who, like many people, has made some mistakes throughout his life. His most recent mistake involves being caught with a substance deemed illegal by the state which has landed him in prison. This mistake may very well be his last as he will likely succumb to his stage 4 colon cancer — because the state is refusing to treat him.

Over the past four months, Faircloth’s dire condition has gone untreated. The jail wasn’t even allowing him to treat the extreme symptoms of his debilitating disease like pain and lack of appetite, nor have they allowed him to speak to his doctor.

“I haven’t received any treatment. They haven’t even let me speak to my doctor since the 17th of January,” Faircloth said in a call from Limestone Correctional Facility last week. “They have me in [general] population and I have no immune system. I have problems digesting and I’ve got some bleeding in my stool.”

Before his recent drug possession landed him with a probation violation, Faircloth was earning an honest living working on the assembly line at the Honda plant in Talladega County. When he found out he was dying, he reportedly fell back into drugs.

In April 2019, the 33-year-old Odenville man was diagnosed with stage 4 colon cancer that had spread to his liver. He underwent several rounds of chemotherapy. But in December, Faircloth was booked into the Etowah County Jail on a probation revocation after being arrested and charged with crimes including drug possession and resisting arrest in the preceding months.

Since then he has been transferred to state custody. But he has not received chemotherapy or other necessary cancer treatments since October, according to his oncologist, Dr. Aasim Sehbai of Alabama Cancer Care in Anniston, who says that Faircloth’s condition is worsening with each passing day.

Adding insult to cruel and unusual punishment is the fact that after being booked into Etowah County Jail — which was near his family — he was then shipped off to Limestone, a state prison near Athens in north Alabama, 100 miles away from his loved ones.

Now, his doctor is speaking out, trying to get him some help that doesn’t seem to be coming.

“I feel like his care has been compromised. If he doesn’t get treatment, which is already delayed, he can really die in the next month or two,” his oncologist, Dr. Aasim Sehbai of Alabama Cancer Care in Anniston said in a phone interview with AL.com. “With proper treatment he could live two or three years, even up to five years. One way or the other, he needs to get treatment.”

But he is not getting it. What’s more, state officials are accusing him of using his stage 4 cancer as a reason to get out of jail.

“He’s using his sickness as an excuse to get out of jail over and over again. In layman’s terms, he just ran out of his chances. So the judge revoked [his probation] and says he has to serve his days,” Etowah County Sheriff Jonathon Horton said. “Judge Steen said, basically, because of his offenses, he can’t just keep cutting him loose and hoping he’ll do the right thing.’”

DOC spokeswoman Samantha Rose told AL.com that their hands are tied as well, noting that while the department “can present a request for medical furlough as established with specific eligibility criteria” as outlined in state law and departmental regulations, “ADOC does not have the authority to release an inmate under a compassionate release, that is a decision made by the courts when requested and petitioned by the inmate’s attorney.”

As the bureaucratic prison system tries unsuccessfully to get their sh*t together, Faircloth is dying of cancer and he doesn’t have much time left.

“I’m not receiving the proper medical care. By now, I should’ve already had at least three treatments since I’ve been locked up and I haven’t received one,” he said. “They’re doing enough to make it look like they’re doing something. But [the Huntsville doctor] told me it could be another month before I get treatment. And I said, ‘You know, as well as I do, that cancer don’t wait for nobody.’”

According to the report, the earliest date Faircloth can be released, barring such an intervention, is April 1, 2031, according to the DOC’s online inmate records. Without treatment, Dr. Sehbai says he’ll be lucky to make it to 2021.